The paper presents the variability of meteorological conditions: air temperature, wind speed and relative air humidity; and biometeorological indices: wind chill temperature, predicted clothing insulation and accepted level of physical activity on Franz Josef Land (in Teplitz Bay and Calm Bay) in the years 1899–1931. It employs meteorological measurements taken during four scientific expeditions to the study area. The analysis mainly covered the period October–April, for which the most complete data set is available. For that period of the year, which includes the part of the year with the Franz Josef Land’s coldest air temperatures, the range and nature of changes in meteorological and biometeorological conditions between historical periods and the modern period (1981–2010) were studied. The data analysis revealed that during the three oldest expeditions (which took place in the years 1899–1914), the biometeorological conditions in the study area were more harsh to humans than in the modern period (1981–2010) or similarly harsh. In contrast, during the 1930/1931 expedition, which represents the Early Twentieth Century Warming (ETCW), conditions were clearly more favourable (including predicted clothing insulation being 0.3 clo lower and 4.0 °C higher wind chill temperature than conditions observed nowadays).

Snow-covering effects on the power output of solar photovoltaic arrays 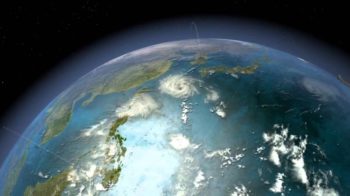