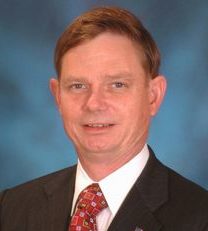 Tom is the son of the legendary Arizona physics teacher, Dr. Thomas E. Thorpe of West Phoenix High School and later Northern Arizona University, and the great grandson of Sir Thomas Edward Thorpe of the UK. Tom held a keen interest in science and math from a very early age.

In the mid-1950s to the mid-1960s Tom’s father was responsible for the evaluation and selection of all grade school and high school physical science books to be used in the State of Arizona; i.e., general 1-8 grade science, and high school chemistry, geology and physics text books. Each year the 4 major publishers of science text books, Holt Reinhart Winston, Harcourt Brace, McMillian & Sons, and Adelson-Wesley, would send all their books to Tom’s father who read them, made his selection and certifications, and then brought all the books home and gave them to Tom who read all of them each year.

Tom’s father also taught a continuing education physical science course which all teachers in Maricopa County were required to take each year. These were held in the evening and from the 3rd grade on Tom would attend these with his father. Thus, by fourth grade Tom had a mastery of high school chemistry and physics as well as a prolific vocabulary and math background!

Tom’s father conducted a memorable demonstration and series of experiments concerning CO2 and Henry’s law in one of those evening extension classes when I was in the 4th grade. He took a small consumer beverage CO2 cartridge which was connected by a rubber tube to a hole in a glass bottle, with 400 ml of chilled 40 degree C chemically pure distilled water in the bottom. Then he carefully syphoned some of the water out and measured its pH with pH Hydrion paper. Then he raised the water temperature by 10 degrees C four times, taking a pH measurement each time. He then preformed the same experiment sequence again but shook the water vessel vigorously each time before measuring the pH. He showed the relationship of CO2 concentation in the water as a function of temperature and water agitation. And he explained the everyday human experience with this effect using a Coke a Cola drink bottle explanation. Raise the temperature or shake the Coke bottle and out goes the “fizz.” Thus, I heard William Henry’s name (Henry’s Law) in the fourth grade as did many grade school teachers taking his classes. But in those days no one was concerned with the how and whys of CO2 in the atmosphere which clearly debunks the modern AGW/climate change mantra!

As a senior at Flagstaff High School, Tom won top honors in physics at the 1971 International Science and Engineering Fair held in Kansas City, MO for his project “An investigation of Nuclear Magnetic Resonance As A Means of Spectroscopy for H1 Compounds.” He did his undergraduate studies in physics, with a dual minor in math and chemistry, at N A U in the 1971-76 timeframe.

In 1976 Tom Tamarkin founded Mizar Company in Phoenix Arizona. He developed the firm’s line of discotheque and entertainment lighting control products. The company manufactured, distributed, and supported nationwide sales and service of the lighting control products. The company’s product line was acquired by a national audio products retailer in 1979. In 1980 Tom formed Texcon Corporation in Phoenix Arizona and conceived of the Allegro Mentor teaching system as developed by Texcon under Tom’s leadership. In the mid-1980s the Allegro Mentor product line was acquired by Baldwin Piano and Organ Co. of Cincinnati, Ohio. In 1986 Tom began working for Datamatic Inc., in Richardson, TX where he became Executive Vice President & General Manager. In 1990 Tom formed Tamar Corporation. Tamar developed and piloted the nation’s first “Smart Meters” with the City of Garland Electric Company. The Tamar meters integrated its “Smart Meter” systems with its “Tamar 2000” in-home display. The Tamar meters introduced the concept of “Time of Use” rates and “Peak Demand” rates for residential utility customers well as gas and water meters. In 1997, Tom formed USCL Corporation later to be merged into EnergyCite. USCL/EnergyCite led the way in the development of the modern electrical utility “smart meter” which Tom is generally credited with inventing. Tom has been granted 7 patents worldwide on the communicating smart meter. EnergyCite is an active on-going business.

Tom Tamarkin has organized and manages the Fusion4Freedom website which serves as a major educational resource for atomic fusion energy and is the founder of the Fusion Energy Consortium.

From 2012 to present Tom has spent roughly ½ of his “working time” lecturing, writing articles, and working with prominent Ph.D. level scientists on what he calls the greatest deception and fraud ever created by man against mankind; AGW climate change.

In 2019 Tom formed ClimateCite, Corp., a U.S. IRS 501(c)(3) compliant not for profit company to further his efforts in defeating the climate hoax worldwide. The stated mission is: “To educate the largest number of citizens possible on the fraudulent science, politics, and business of the deceptive anthropogenic global warming hypothesis and the false viability of green renewable energy sources thereby negating the green energy agenda of America’s elected leaders leading to the removal of carbon dioxide from the U.S. EPA’s 2015 Endangerment Ruling and the elimination of all carbon taxes and trading worldwide.”

Tom married his wife, Emily J. Tamarkin in 1982 and the two of them live together in Carmichael, California. They have one son, Jeremy A. Tamarkin.