Murry L. Salby is a climate scientist and former chair of climate at Macquarie University, where he worked from 2008 to 2013. He has written two textbooks, Fundamentals of Atmospheric Physics (1996), and Physics of the Atmosphere and Climate (2011), the latter building on his first book, offers an overview of the processes controlling the atmosphere of Earth, weather, energetics, and climate physics. He has also authored over a hundred referenced articles in scientific journals.

Salby got his Bachelors in aerospace engineering in 1973, and his PhD in environmental dynamics from Georgia Tech in 1978, including a Sigma Xi: The Scientific Research Society doctoral research award. He began as an assistant professor at University of Colorado Boulder’s Department of Atmospheric and Oceanic Sciences in 1984, became an associate professor in 1985, and professor in 1991, gaining tenure in 1998, before resigning in 2007. He has also held positions as a visiting professor and scientist at institutions in the U.S., Sweden, Australia, France, and Israel. He became professor of environmental science at Macquarie University, and worked there from 2008-2013.

Listen to a talk by Prof. Salby given at Helmut Schmidt University
in Hamburg, Germany on 10 October 2018

1986-1999. Director, Center for Atmospheric Theory and Analysis, University of Colorado. 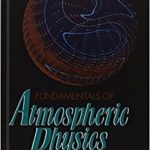 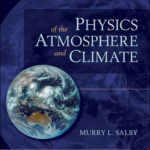