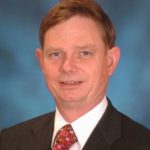 Correlations of decrease in Average worldwide temperature and volcanic activity are high.

Correlation of increase in average worldwide temperatures and El Niño events are high.

On March 19, 2020, the COVID19 related lockdowns took effect virtually worldwide. From the period of March 20, 2020 to March 20, 2021 there was a rough order 30% reduction in the use of hydrocarbon fuels worldwide across all energy sectors of residential, commercial, industrial and transportation. Yet on March 20, 2021 the Mauna Loa Keeling curve continued its rise to nearly 418 ppm. In other words, even with a massive reduction of worldwide fuel use, the CO2 trends recorded at Mauna Loa continued to rise in a slope undetectably different from that over the last 50 years.

It is estimated that the worldwide annual costs associated with global warming and related alternative energy exceeds 2 trillion U.S. dollars. Countries worldwide are now taking actions or considering actions costing hundreds of billions, even trillions of dollars. However, Anthropogenic Global Warming (AGW) or human caused climate change has not been proven. Therefore the ability to falsify the anthropogenic theory of climate change has enormous financial and societal benefits with significant return on investment.

Whereas studies involving the absorption of infrared light reflected from the Earth’s surface and then retransmitted to the Earth by so called greenhouse gases have been ongoing for many years, this scientific discipline has been unable to prove or disprove the degree to which anthropogenic processes are responsible for any AGW or climate change on the Earth. The primary mechanism of the speculated climate change is predicated on man’s burning of fossil fuel sources, producing carbon dioxide gas. A definitive means of determining the influence of man’s contribution, if any, to AGW or climate change is to accurately determine what percentage of the total amount of carbon dioxide resident in the Earth’s lower atmosphere results from burning fossil fuels worldwide.

The Earth’s “carbon system”, involving the natural variabilities in carbon dioxide emission and absorption, is a dynamic structure. The ability to mathematically derive the percentage of measured anthropogenic fossil fuel CO2 contributed to the Earth’s total reservoir of atmospheric carbon dioxide gas has been virtually impossible due to factors involving the variations within the carbon dioxide flux.

For a discussion of the approximately 33% increase in CO2 from 1979 to 2018 and its origin see: “The phase relations (leads/lags) among atmospheric CO2 content, temperature and global ice volume are key to understanding the causes of glacial-interglacial (G-IG) climate transitions.”

For a statical analysis of the responsiveness of atmospheric CO2 to Fossil Fuel Emissions see this paper by Jammal Munshi, Ph.D.

For a table of all “atmospheric greenhouse gases” and their relative effect on warming see: Anthropogenic (man-made) Contribution to the “Greenhouse Effect,” expressed as % of total

Forty years of annual temperature variations and atmospheric carbon dioxide concentrations are presented on one chart. There is no correlation between CO2 and temperature. None! Never in the course of human events has man spent so much money on so little…. But then what’s a trillion dollars here and a trillion dollars there?

Temperature variation is based on the UAH satellite based lower tropospheric data set. This is presented as the 30 year average, 1981-2010. It does not change the ranking; it is merely an additive offset. For yearly averages one could just use the raw temperatures, but scientists use monthly anomalies so much, it’s important to have removed the seasonal cycle, which dominates the variability. The Carbon Dioxide (CO2) curve is the universally accepted Keeling curve based on the Mauna Loa, Hawaii monitoring station and obtained from the NOAA data base. The red sinusoidal lines through the CO2 curve represent the seasonal variations caused by plant life CO2 intake.