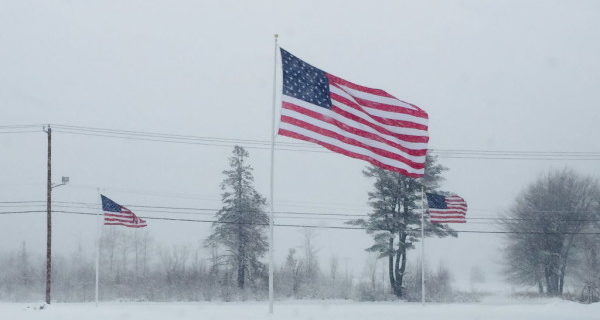 According to official NOAA data, more than twelve-hundred monthly low temperature records fell ACROSS the U.S. in October 2019 — multiple Arctic air masses rode anomalously-far south on the back of a wavy jet stream flow, itself associated with historically low solar activity.

The sun is currently in its deepest solar minimum of the past 100+ years, and the jet stream has weakened as a result; its usual tight ‘zonal’ flow has more-often-than-not reverted to a loose ‘meridional’ one. This wavy flow has diverted brutal Arctic air into the lower-latitudes, and is responsible for the U.S. either busting or tying a staggering 1204 all-time MONTHLY low temperature records in October 2019 (double the number of new heat records).

Furthermore, many other towns and cities achieved the even-more impressive feat of averaging their coldest Octobers on record (for the month as a whole):

Also worth nothing is that three out of four of Spokane’s coldest Octobers ever (in 138 years of records) have occurred this century — including 2002 and 2009.

Several other cities in Washington and Idaho also broke their records for the coldest October ever, including in Wenatchee, Ephrata, Sandpoint and Moscow.

Real-world observations reveal the lower-latitudes are COOLING, and cooling fast.

Yes, a few far-northern areas like Alaska and the Arctic are warming slightly, but 1) no one lives up there so quite frankly, who cares, and 2) as NASA succinctly identify in their ‘Maunder Minimum Temperature Reconstruction Map’ (below), these regions are expected to warm during periods of global cooling, as are the North Atlantic, Iceland and the southern tip of Greenland:

And regarding any Arctic sea ice melt, and the potential-consequences for sea levels, again, a non-issue. At least 90% of the planet’s ice is safely locked up in Antarctica which, for as long as we can tell, has been steadily advancing, comfortably offsetting the comparatively tiny losses observed at its northern cousin.

Don’t be fooled by bogus political ideologies. The lower-latitudes are refreezing in line with historically low solar activity. NASA has revealed this coming solar cycle (25) will be “the weakest of the past 200 years,” and they’ve correlated previous solar shutdowns to prolonged periods of global cooling here.