Police in five Australian states have begun investigations into alleged arsonists responsible for helping fuel the deadly bushfires that have wracked the country this summer.

On Monday, police in NSW reported they had already caught 24 alleged firebugs accused of deliberately lighting bushfires in a catastrophic season that has so far killed 18 people in the country’s most populous state.

Almost five million hectares have burned in NSW since September, destroying 1482 homes and killing hundreds of millions of animals and livestock.

Two dozen people have allegedly risked prison sentences of up to 25 years by choosing to light bushfires, despite the potential to kill and cause millions of dollars of damage, Channel Nine News reports.

Last month police in the state of Queensland began their own criminal investigations into almost 100 firebugs believed to have deliberately started blazes that destroyed homes and consumed thousands of hectares of bushland. 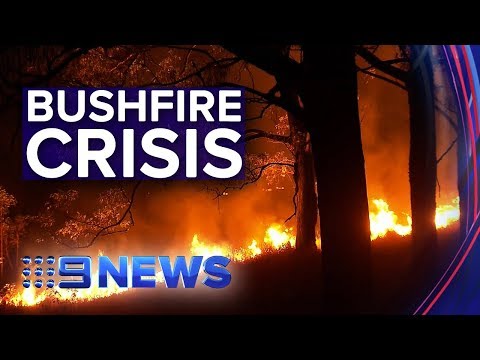 Police revealed 103 of the destructive fires that tore through parts of Queensland since September were deliberately lit.

Figures obtained by news agency AAP and reported by the Brisbane Times reveal police had dealt with 98 people – 31 adults and 67 juveniles – for deliberately setting fires.

A 16-year-old boy found to have started a fire that razed 14 homes in central Queensland and dealt with under the state’s Youth Justice Act.

Two more teens, 14 and 15, were charged with endangering property by fire over a blaze that destroyed two homes and forced hundreds to flee while more than 120 fires are still being investigated and more people could be charged.

In the state of South Australia, ABC News reports two local men have been charged with deliberately lighting bushfires and have now faced court.

Separately, an elderly man charged with four counts of starting bushfires has been remanded in mental health custody until May.

Overall, across Australia police arrested 183 people for lighting bushfires across Queensland, NSW, Victoria, South Australia, and Tasmania in the past few months.

The link between arsonists and the deadly fires that devastate Australia every summer is well known and well documented, with the rate of deliberately lit fires escalating rapidly during the school holiday period. 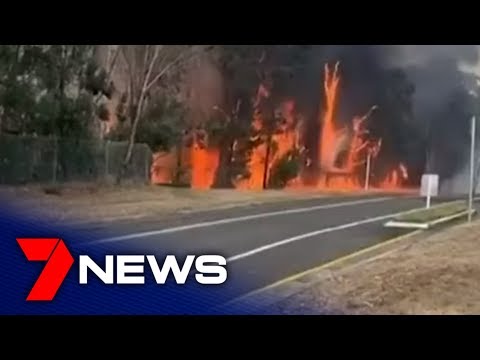 The Conversation reports experts estimate about 85 percent of bushfires are caused by humans. A person may accidentally or carelessly start a fire, such as leaving a campfire unattended or using machinery which creates sparks.

When unassigned bushfires were investigated by fire investigators, the majority were found to be maliciously lit, the Conversation added.

Dr. Paul Read, co-director of the National Centre for Research in Bushfire and Arson, agrees. He said the great majority of bushfires are deliberately lit by “cunning, furtive and versatile criminals,” reports ABC News.

“About 85 percent are related to human activity, 13 percent confirmed arson and 37 percent suspected arson,” he said. “The remainder are usually due to reckless fire lighting or even just children playing with fire.”

Dr. Read said holidays and summer were a bad combination when it came to criminal fire starters.

“School holidays are a prime time for firebugs, but especially over summer,” he said. “The kids have got time to get out there and light, and the most dangerous adults choose hot days.”