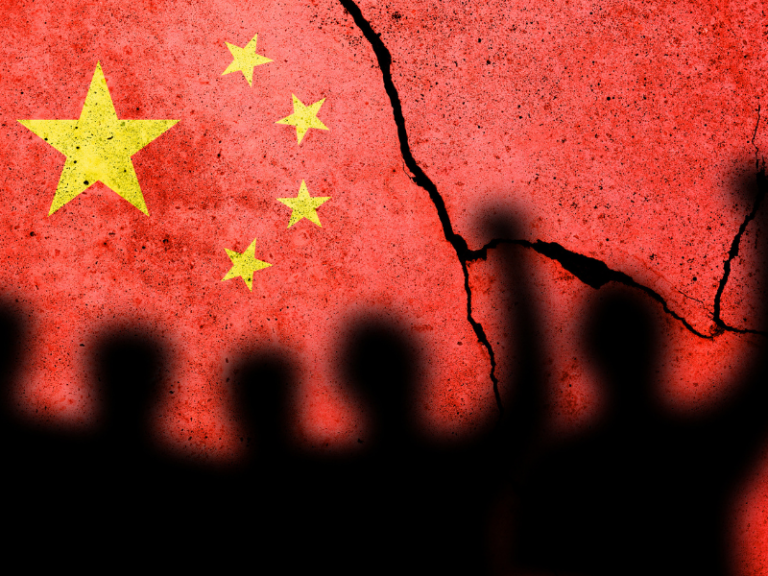 The Chinese Communist Party was very displeased with U.S. House Speaker Nancy Pelosi’s (D-CA) well-publicized visit to Taiwan reaffirming the United States’ commitment to the island’s continued independence from mainland China. To demonstrate its displeasure—in addition to the usual rattling of sabers, sending of new naval ships into the area, flying jets into Taiwanese airspace, and test-firing missiles into the sea around the island—China announced it was suspending cooperation with the United States in the fight against climate change. Heaven forbid! After managing to control my uproarious laughter about China’s announcement, the first thought that popped into my mind was, what cooperation? Dialogue and discussions have certainly done nothing thus far to reduce China’s greenhouse gas emissions, which are more than twice as great as those of the United States, and growing. China emits more greenhouse gases than every other industrialized country on the planet combined. Mouthing empty platitudes about the need to work together to fight climate change does not fight climate change, even if one truly believes people can stop climate change. As should be the case in every country (and as Donald Trump tried to do for America), China’s leaders have looked out for what they consider to be their nation’s best interests during every round of climate meetings and in treaty and agreement negotiations since 1995. At the very first Conference of the Parties to the UN Framework Convention on Climate Change in Berlin, China declared it would always count itself as a developing country in climate change agreements. That meant China would be exempt from mandatory greenhouse gas emission reductions. Regardless of what it has said in public since then, the Chinese government has never wavered from this position. China played the rest of the world’s leaders like a drum during the negotiations for the Paris Climate Agreement in 2015. In an agreement that included no mandatory reductions except what countries imposed on themselves, all China would concede was that it expected its emissions to peak by 2030, maybe 2035. Climate negotiators and leaders of environmental NGOs hailed this as a historic step. Climate realists such as I asked: Peak at what level? Chinese Communist Party leaders smirked behind their hands at their PR coup. Our question has gone unanswered to this day. If one believes, as I do not, that human greenhouse gas emissions are driving dangerous climate change, the question of where China’s emissions will peak, if they peak at all, is critical. By the UN’s own calculations, a doubling of China’s emissions would be game over for the world even if every developed country reaches net zero. Even if China’s emissions rise by only 15 to 25 percent, that would swamp any emission reductions from the West. And this is without accounting for what is going on in India, Indonesia, and other fast-developing countries. Emissions globally will greatly surpass the amount that would allegedly bring on the 2℃ temperature rise that Paris negotiators and climate NGOs claimed to be the point of no return for the planet. Since then, China has embarked on a rapid further expansion of its fleet of coal-fueled power plants, its heavy industry (needing massive amounts of concrete and energy), and its military, all increasing China’s carbon dioxide emissions. As I reported in Climate Change Weekly 433, China’s cabinet approved a plan this April to raise coal production by 300 million tons in 2022 alone, equal to 7 percent of the nation’s entire 2021 output. This after China increased coal production 5.7 percent above 2020’s output in 2021. As NPR noted at the time, cabinet officials came out of the meeting saying, “Coal is important for ‘energy security.’” Simultaneously, the Chinese government announced plans to build new coal-fueled power plants to shore up the nation’s power supply. That’s what China is doing, while saying it now expects to hit net zero by 2060. With this ongoing buildout of modern coal-power plants with productive lives that meet or exceed 50 years, no one can seriously believe China will shut down its new, expensive electric power plants prematurely and stunt or slow its economic growth. Almost anyone with a functioning brain cell knows actions speak louder than words. China’s actions have spoken volumes about its “cooperation” with the United States and the rest of the world in the fight against purported climate change. Long before Pelosi set foot on Taiwanese soil, it was clear China is on the side of climate change if greenhouse gas emissions are indeed causing climate change. China is emitting carbon dioxide and other greenhouse gases as fast as its energy system and industrial facilities can churn them out. SOURCES: South China Morning Post; Climate Change Weekly