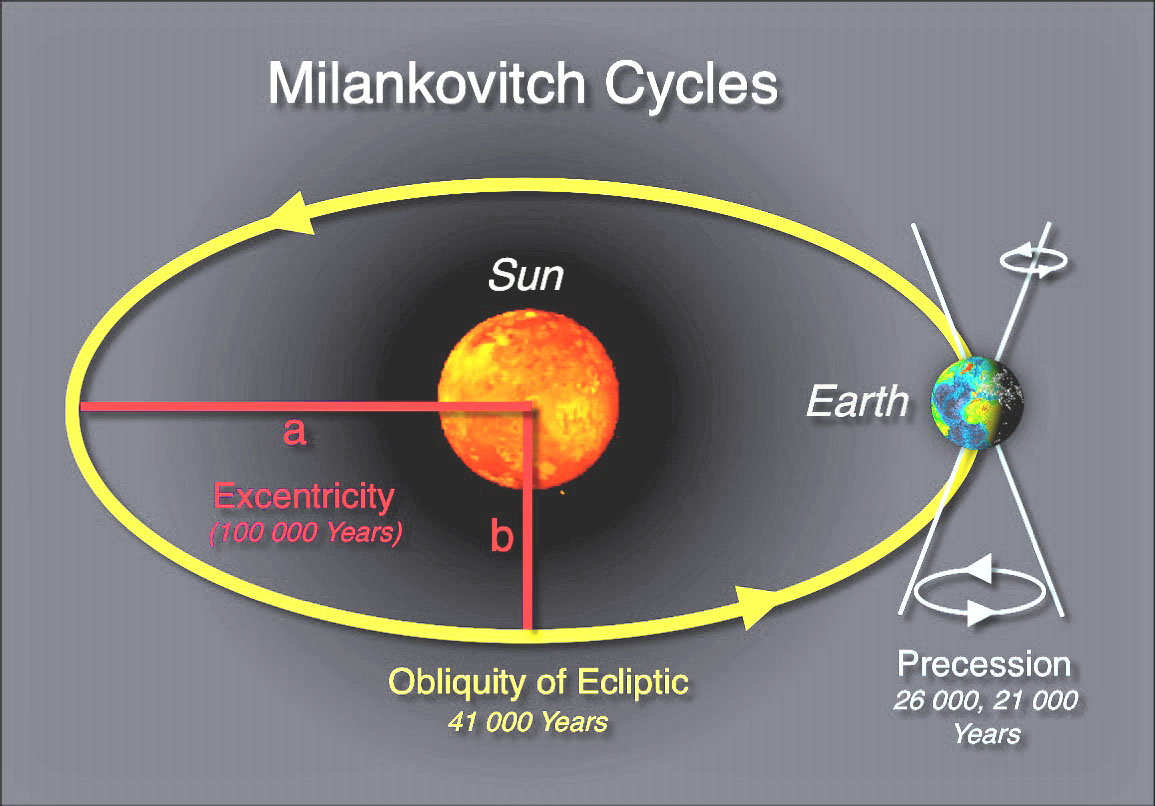 Governments are spending vast amounts of taxpayers money on policies designed to control the Earth’s climate.  The present concern is the fear of global warming but the initial scientific challenge in the early years of the 19th century was to understand global cooling which the Earth was subjected to during the Ice Ages.

Towards the end of that century two hypotheses had been formulated to explain major changes in climate: the greenhouse effect and the astronomical effect.  The former relates changes in climate to changes in the amount of certain gases in the atmosphere the latter to cycles in the eccentricity of the Earth’s orbit.

Is the climate controlled by changes in the amount of CO2 in the atmosphere or by cycles in the motions of the Sun and the Earth?

At a Senate Estimates hearing in the Australian Parliament October 2016 the Chief Scientist Dr. Alan Finkel was asked the following question by Sen. Malcolm Roberts.

“What empirical evidence is there for the belief that CO2 from human activity affects climate and needs to be curtailed?” 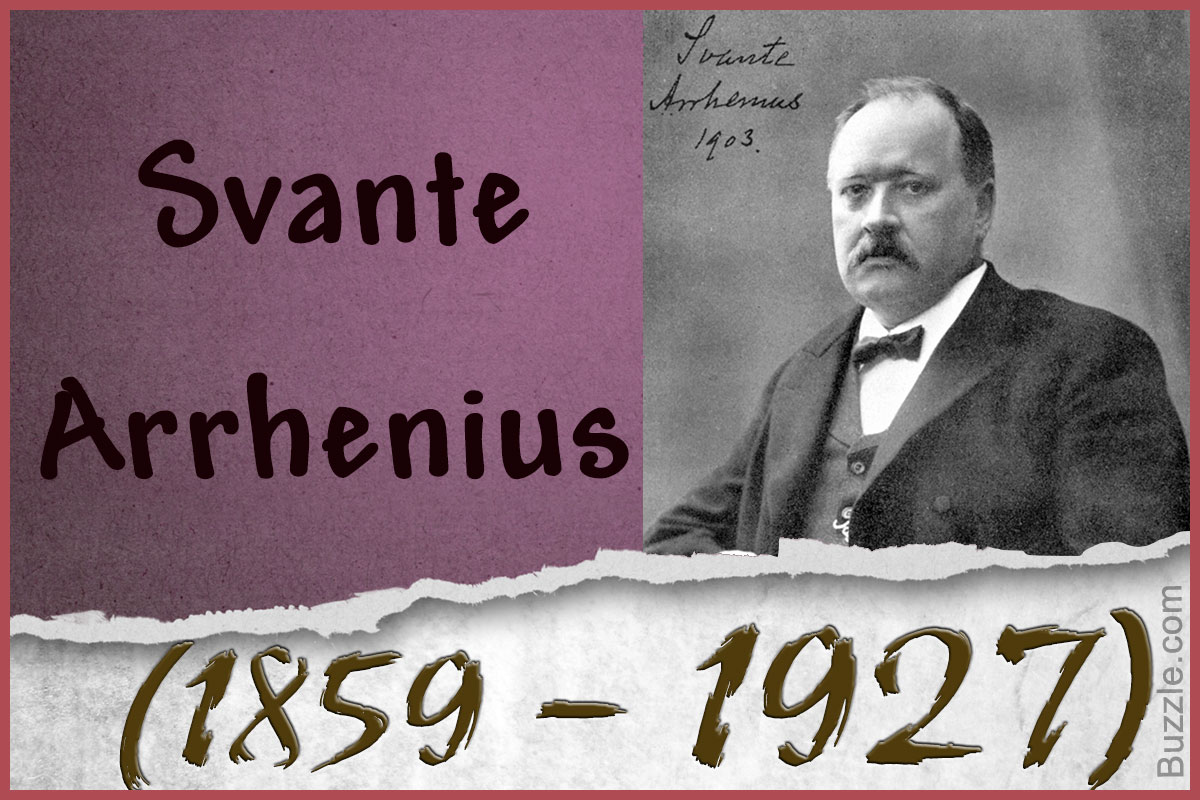 Dr. Finkel justified his answer by referring to the work of the Swedish scientist Svante Arrhenius in 1896.  Arrhenius was a believer in the greenhouse effect hypothesis and performed a series of complex calculations which took him most of the year of 1895 to show that a change in the concentration of atmospheric CO2 of 50% would be sufficient to cause an Ice Age. [1 p8] 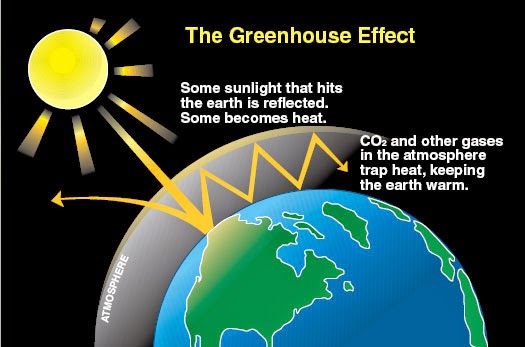 According to this hypothesis the Earth’s atmosphere acts as a radiation trap.  When promoters of the greenhouse effect hypothesis are asked to provide evidence to support it they are unable to do so.  However there is evidence to show that a real greenhouse is not heated by trapped radiation.

In 1909 R.W. Wood Prof. of Experimental Physics at John Hopkins Uni. performed a very simple experiment to investigate how the contents of a greenhouse are heated.  He concluded that greenhouses do not heat because they trap infrared radiation but rather because they trap the movement of air preventing the warm air inside being replaced by cooler air from the outside.

The glass roof of a greenhouse stop the movement of air by convection currents.  The Earth’s atmosphere does not contain any physical barriers to stop air warmed by contact with the surface from cooling by convection.

Wood realized that the surface cools mostly by conduction and convection and loses very little heat by radiation.  “Is it necessary to pay attention to trapped radiation in deducing the temperature of a planet as affected by its atmosphere?” [2].

The first person to develop an astronomical theory of climate was the Scottish scientist James Croll [3]  who published his findings in 1875 in his book “Climate and Time”.  He was also the first person to suggest that changes in the heat transported by a major ocean current such as the Gulf Stream could affect the climate. Sixty years later a Serbian mathematician Milutin Milankovitch in his book “Mathematical Climatology and the Astronomical Theory of Climatic Changes” predicted that the Earth had three cyclic motions which would affect the intensity of the solar radiation falling on it and hence the climate. These cycles were the changes in the eccentricity of the orbit (every 100 000 years); changes in the angle of the plane of the orbit (43 000 years) and the “wobble” of the axis of rotation (23 000 years).

There was some initial rejection of Milankovitch’s work in the 1950’s but in the 1970’s isotopic analysis of sediments obtained from the drilling of deep sea cores revealed cyclic variations had occurred in sea water temperatures which matched the Milankovitch cycles over the previous one million years [4].

The Stockholm Physics Society founded by Arrhenius was aware of Croll’s astronomical hypothesis but chose to ignore it [1 p8].  Arrhenius and all scientists in 1896 had no knowledge of how the Sun produces its energy.  We now know that all stars including the Sun produce energy by thermonuclear reactions that take place in their cores.

This theory was not developed until many years after Rutherford’s discovery of the atomic nucleus in 1907.  Scientists at the time of Arrhenius believed that the Sun only emitted energy by radiation (light, infrared, ultraviolet).  Arrhenius assumed that the average rate of emission of radiant energy from the Sun was constant.

Any change in global temperature must be due to something that is changing. This could not be the Sun because it was believed its radiation output, if it did vary, would only change by small amounts over time and this would not be enough to explain major changes, in the Earth’s climate, such as the Ice Ages.

Galileo one of the first scientists to use a telescope to study sunspots discovered that the Sun rotates and each revolution takes about 26 days.  The Sun spins in the same direction as the planets that orbit around it, which is not surprising as the Sun and the planets originated from the same rotating disc of inter stellar gas. 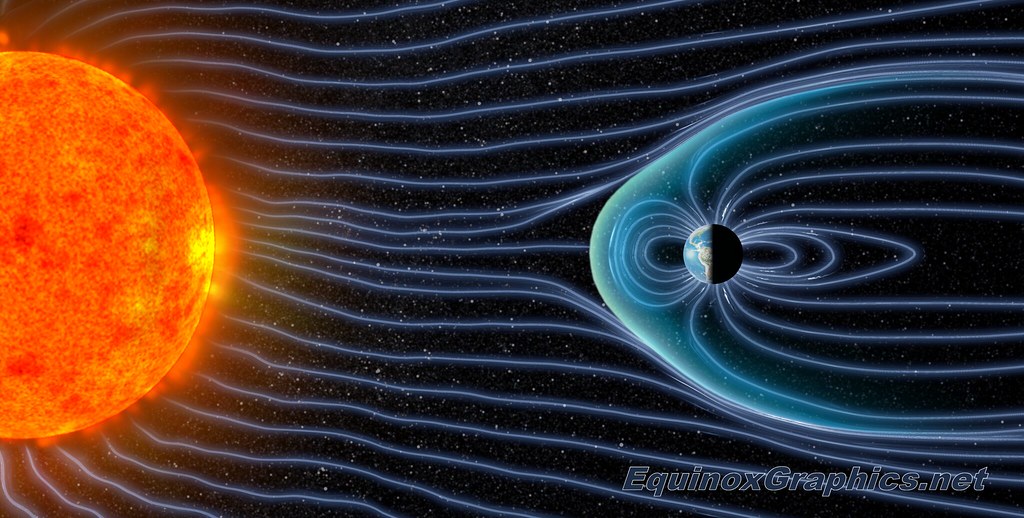 Late in the 10th century the Vikings settled in Greenland, generations of them called this land their home.  However within a few hundred years the settlements were all wiped out by climate change.  At the end of the 15th century the temperatures on Greenland had become so cold all of the Vikings had gone.

The sunspot record at the time showed an almost complete absence of spots indicating a solar minimum now known as the Maunder Minimum.  In addition to driving the Vikings from Greenland this period of severe cooling caused great misery from mass famines due to reduced harvests, the Thames River froze during the winters, warm weather crops in parts of China failed, early settlers in North America were challenged by the extremely cold winters [7].  The climate during this period referred to as the Little Ice Age lasted until about 1850.

History shows that climate always changes as shown in the following table.  A pattern of warm and cold climate cycles is apparent.

The climate cycles observed during recent history could not have been caused by changes in the solar radiation flux reaching the Earth due to changes in the Earth Sun distance and angle of incidence as predicted by the Milankovitch cycles because these time periods are too long.

However what about changes within the Sun itself?  To understand the changes in the Sun it is necessary to recall Newton’s concept of “centre of mass” (CM) the point at which an object’s mass may be considered to be concentrated for the purpose of calculating the gravitational force it will exert on another object.

The CM’s of the Sun and the planets considered as individual separate bodies would be located at their centres.  However the mutual gravitational forces of these bodies in the Solar System means the planets and the Sun will orbit about a single point the “centre of mass of the solar system” (CMSS) [8].

As the planets and the Sun orbit the CMSS angular momentum is exchanged between them but the total remains constant.  The position of the Sun in its orbit about the CMSS is controlled by the relative positions of the major planets Jupiter and Saturn.  It is no coincidence that the 11 year average period of the Schwabe sunspot cycle is close to the orbital period of Jupiter.

Are the recent climate cycles a result of the greenhouse effect? This question was investigated by Scafetta [9]. He started with the record of global surface temperatures from 1850 to 2013 and by applying a Fourier Transform analysis to the temperature data identified five shorter cycles and a longer major one at 60 years.

The shortest (9.1 years) matched the cycle of extreme tides which is controlled by the position of the moon when the Earth is at its closest position to the Sun (perihelion).  An explanation of the link between extreme tides and global temperatures is explained by Keeling & Whorf [10].  The other four shorter cycles and the major 60 year cycle are caused by the gravitational attraction of the major planets Jupiter and Saturn on the motion of the Sun in its orbit about the CMSS.

Scafetta then investigated 162 different CMIP5 and GSM Climate Models used by the IPCC but was unable to identify any major climate cycles.  These models are based on the greenhouse effect hypothesis which assumes that a doubling of CO2 will cause global temperatures to increase by 2.0 to 4.50C.  The IPCC’S climate models did not simulate the observed decadal and the multi decadal climate cycles.  Scafetta concludes that

“the climate system is synchronized to the natural oscillations found in the solar system and that this harmonic dynamics constitutes an important component of the Earth’s climate” [9 p354].

Although the vertical temperature profile of the Tropics has been extensively measured by radiosondes in weather balloons and satellites no “hotspot” has been detected [11 p120].  Also

“There is no longer any doubt that the purported tropical “hot spot” simply does not exist.  Thus the EPA’s theory as to how CO2 affects GAST-EPA’s first line of evidence-must be rejected” [12 p13].

The Earth’s climate consists of a sequence of warm and cold cycles.  The climate is controlled by the Sun not by the amount of CO2 gas in the atmosphere.  The Sun is a variable star its output is related to the orbital changes it encounters when it moves around the centre of mass of the solar system.

The climate is a result of natural astronomical cycles which have been operating for 4.6 billion years.  The greenhouse effect is an old concept based on pre quantum ideas.  Taxpayers money would be better spent on research into the Sun rather than wasted on efforts to reduce the amount of CO2 a life giving gas in a futile attempt to control the climate.

John Turner has a degree in Science with majors in Physics and in Chemistry, a Master’s degree with first class honours in Science Education and a post graduate diploma in computers and the teaching of digital electronics.  He has taught HSC Physics; was the inaugural Science Adviser for the NSW Dept. of Education Centre for Research in Measurement and Evaluation, was a member of the NSW Science Syllabus Committee, has lectured in Science Education at university and was a former Member of the Australian Institute of Physics.