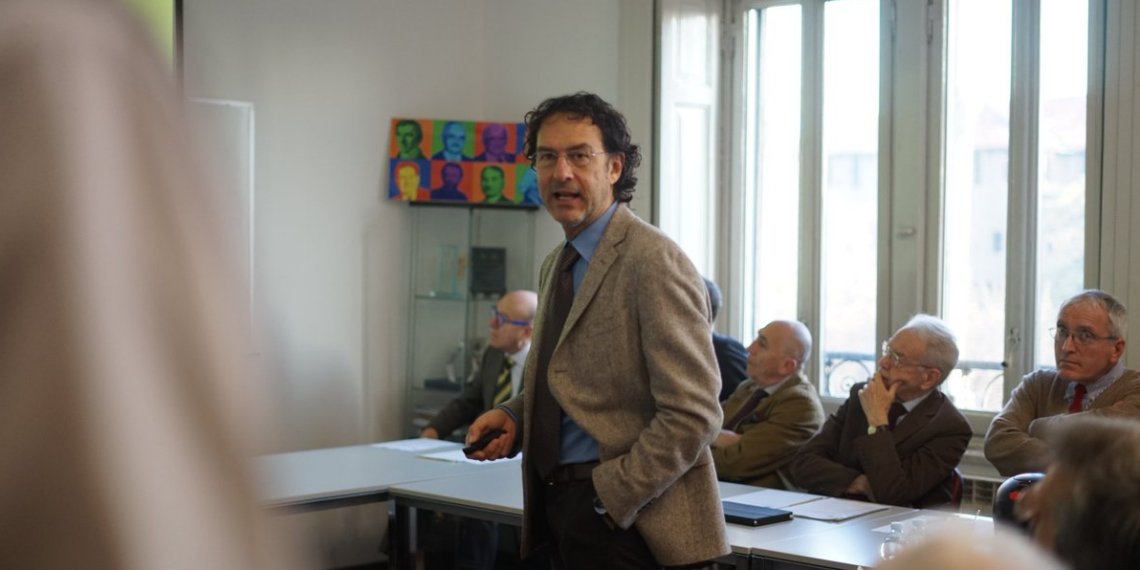 Four leading Italian scientists have undertaken a major review of historical climate trends and concluded that declaring a ‘climate emergency’ is not supported by the data. Reviewing data from a wide range of weather phenomena, they say a ‘climate crisis’ of the kind people are becoming alarmed about “is not evident yet”. The scientists suggest that rather than burdening our children with anxiety about climate change, we should encourage them to think about issues like energy, food and health, and the challenges in each area, with a more “objective and constructive spirit” and not waste limited resources on “costly and ineffective solutions”.

During the course of their work, the scientists found that rainfall intensity and frequency is stationary in many parts of the world. Tropical hurricanes and cyclones show little change over the long term, and the same is true of U.S. tornadoes. Other meteorological categories including natural disasters, floods, droughts and ecosystem productivity show no “clear positive trend of extreme events”. Regarding ecosystems, the scientists note a considerable “greening” of global plant biomass in recent decades caused by higher levels of carbon dioxide in the atmosphere. Satellite data show “greening” trends over most of the planet, increasing food yields and pushing back deserts.

The four scientists are all highly qualified and include physics adjunct professor Gianluca Alimonti, agrometeorologist Luigi Mariani and physics professors Franco Prodi and Renato Angelo Ricci. The last two are signatories to the rapidly growing ‘World Climate Declaration’. This petition states that there is no climate emergency and calls for climate science to be more scientific. It also calls for liberation from the “naïve belief in immature climate models”. In future, it says, “climate research must give significantly more emphasis to empirical science”.

‘Extreme’ weather events attributed by climate models – somehow – to anthropogenic global warming are now the main staple of the climate alarmist industry. As the Daily Sceptic reported on Monday, Sir David Attenborough used a U.K. Met Office model forecast in the first episode of Frozen Planet II to claim that summer Arctic sea ice could be gone within 12 years. But the likelihood of hardy swimming galas over the North Pole by 2035 seems somewhat remote, not least because Arctic sea ice has been growing in many summers since 2012. According to a recent report from the U.S.-based National Snow and Ice Data Center, at the end of August “sea ice extent is likely to remain higher than in recent years”.

Hurricane and cyclones are favourite subjects for green alarmists. It is unsurprising why they focus on these storms, since the Italian scientists note that historically around 60% of all economic damage caused by global disasters is the consequence of U.S. hurricanes. On May 27th, the Met Office predicted that the 2022 Atlantic hurricane season, which runs from June to November, would “most likely” be above average, with a “likelihood” of 18 named tropical storms including nine hurricanes and four major hurricanes. In fact, the current Atlantic hurricane season has had its slowest start for 30 years. At the end of August there have been no hurricanes, and only three named storms, none of which produced winds of 74mph or higher.

There is plenty of evidence that hurricane and cyclone frequency and intensity has changed little over the recent historical record. “To date, global observations do not show any significant trends in both the number and the energy accumulated by hurricanes,” note the Italian scientists. The two graphs below demonstrate this.

The IPCC has reported that hurricanes have increased in frequency in the North Atlantic since 1878, but the scientists note that observations were relatively low during the first decades of the 20th century. After adjusting for lack of observational capacities in the past, there is a nominal upward trend. This trend, they explain, “is not significantly distinguishable from zero”.

The scientists accept that there has been a recent increase in heatwaves, which they attribute to the 1°C rise in global temperatures, although they note global heatwave intensity trends “are not significant”. They also point out that only a limited number of weather stations have observed an increase in global rainfall. Corresponding evidence for increases in flooding remains elusive, they say, “and a long list of studies shows little or no evidence of increased flood magnitudes, with some studies finding more evidence of decreases than increases”. So far as drought is concerned, the scientists note the AR5 finding of the IPCC that “conclusions regarding global drought trends increasing since the 1970s are no longer supported”. Several studies are said to show no increase in the main indices regarding global droughts.

In fact, a slightly warmer and wetter planet and a little extra CO2 seem to have done wonders for global crop yields. For the period 1961-2019, maize, rice, soyabean and wheat global average yields are reported to have grown every year by 3.3%, 2.4%, 2.6% and 3.8% respectively.

Well-researched, fact-driven, credible scientific papers such as this are crucial in the battle to stop green activists and rentiers having a free run to catastrophise every bad weather event in the interest of promoting a command-and-control Net Zero agenda. Attempting to attribute single weather events to humans burning fossil fuels is the product of feverish imaginations and ‘garbage in, garbage out’ climate models. Rational, evidence-based science should be promoted at every opportunity.