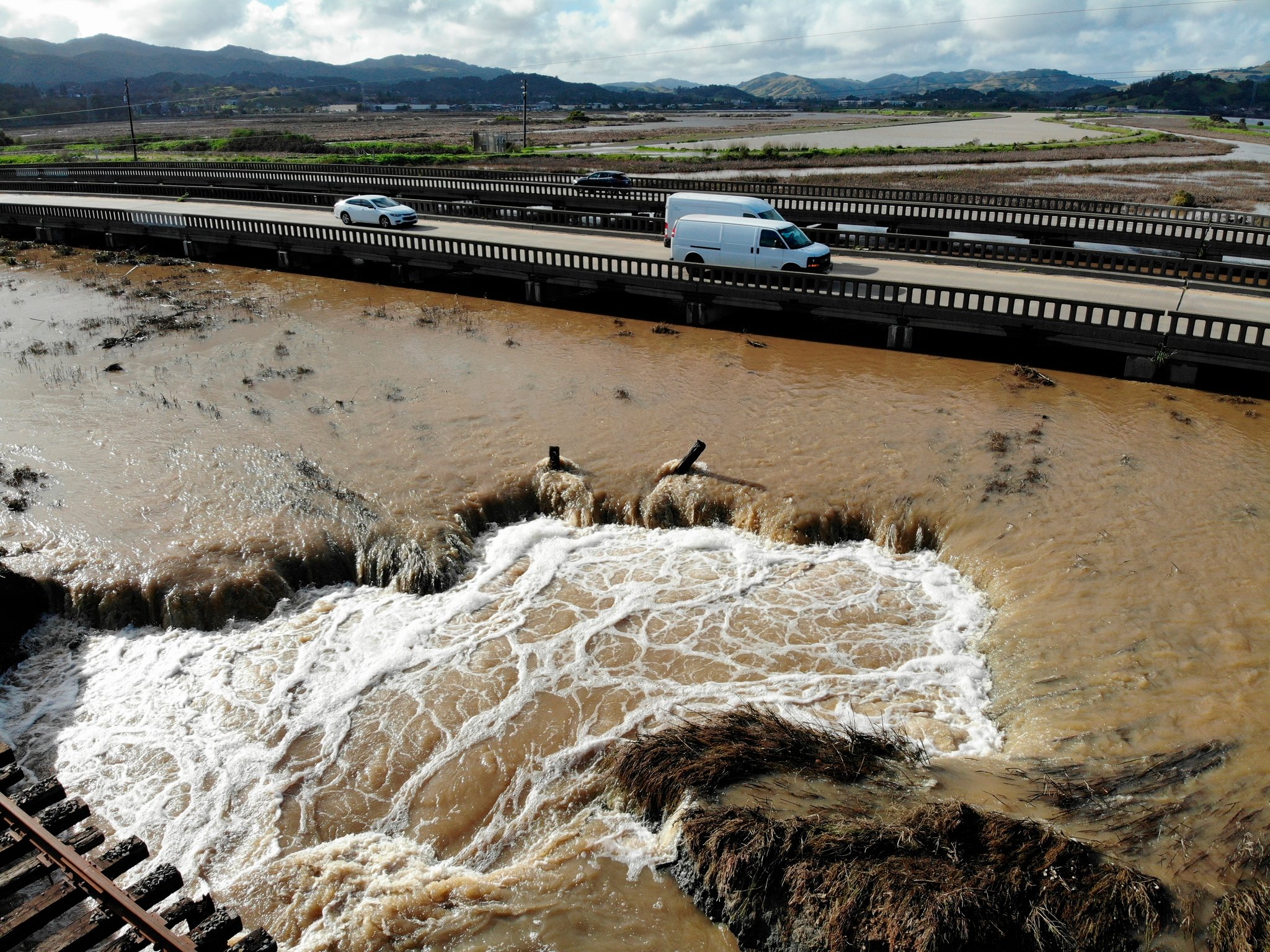 WASHINGTON — President Trump is preparing to establish a panel to examine whether climate change affects national security, despite existing reports from his own government showing that global warming is a growing threat.

According to a White House memo dated Feb. 14, Mr. Trump’s staff members have drafted an executive order to create a 12-member committee, which will include a White House adviser, William Happer, whose views are sharply at odds with the established scientific consensus that carbon dioxide pollution is dangerous for the planet.

The memo casts doubt on multiple scientific and defense reports concluding that climate change poses a significant threat to national security, saying they “have not undergone a rigorous independent and adversarial peer review to examine the certainties and uncertainties of climate science, as well as implications for national security.”

The effort to establish the panel appears to be the latest step by the Trump administration to question the science of climate change, as Mr. Trump rolls back Obama-era regulations on planet-warming pollution from vehicle tailpipes and power plants. It also appears to be the latest example of Mr. Trump’s propensity to ignore the findings and recommendations of his own intelligence and defense officials.

At least to some extent, the matter may not entirely be in Mr. Trump’s control. Congress added language to the annual defense policy bill it passed with bipartisan support in late 2017 stating that climate change “is a direct threat to the national security of the United States and is impacting stability in areas of the world both where the United States Armed Forces are operating today, and where strategic implications for future conflict exist.”

The bill, which Mr. Trump signed into law, specifically required the Pentagon to produce a report on climate change’s impact on military installations and encouraged department leaders to consider the effects of climate change when planning for current and future missions. The report was issued last month.

Critics of the effort to create the new panel, which was first reported by The Washington Post, pointed to the inclusion of Dr. Happer, a Princeton physicist who serves on the National Security Council as Mr. Trump’s deputy assistant for emerging technologies. Dr. Happer has gained notoriety in the scientific community for his statements that carbon dioxide — a greenhouse gas that scientists say is trapping heat and warming the planet — is beneficial to humanity. The memo did not name other officials to be appointed to the panel. 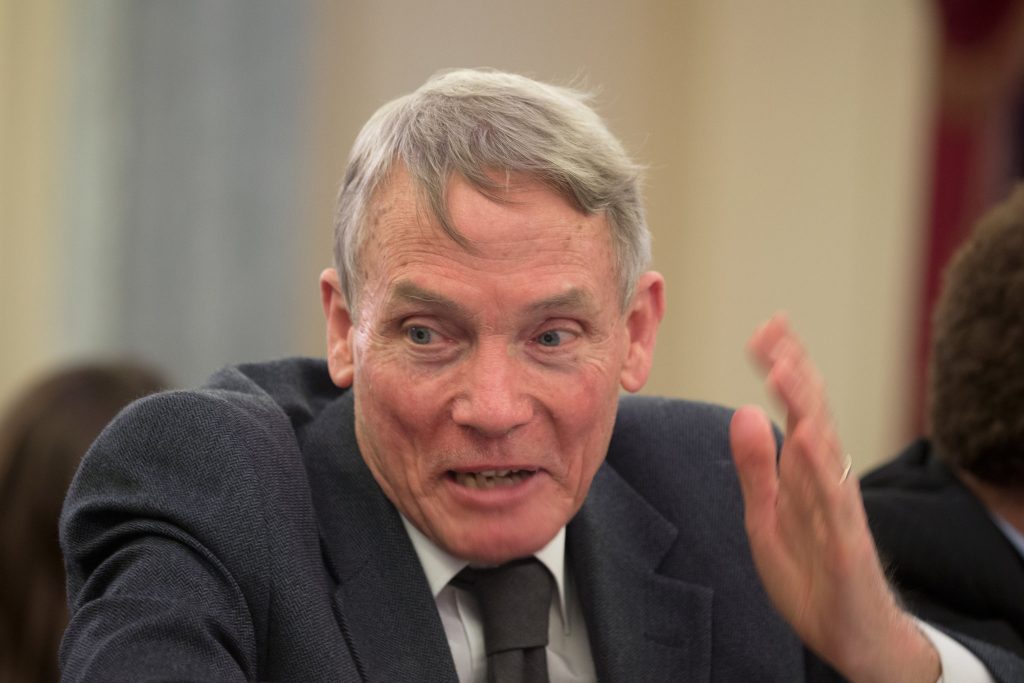 A spokesman for the National Security Council, which is leading the effort to create the panel, declined to comment on the record.

Scientists defended the research already conducted by the government. “The link between climate science and national security has been closely studied for over a decade at the highest levels of the U.S. government — by scientists, the Defense Department and intelligence agencies — and all those studies have made a strong case that various aspects of climate change have an effect on national security,” said Michael Oppenheimer, a professor of geosciences and international affairs at Princeton.

Representative Adam Smith, Democrat of Washington and the chairman of the House Armed Services Committee, called the creation of the panel part of Mr. Trump’s “rejection of reality” and warned that it could disrupt important national security planning around the world.

“At every turn here they have tried to basically bury the science behind climate change,” Mr. Smith said. “It is simply not debatable from a scientific standpoint. Climate change will lead to instability in parts of the world that are fairly predictable.”

Critics focused on the appointment of Dr. Happer to the panel given his public history of denying established climate science.

In 2015, Dr. Happer was called to testify before a Senate committee after the environmental group Greenpeace revealed that he had agreed to write a scientific paper at the request of representatives of an unnamed oil company in the Middle East, who were actually Greenpeace employees conducting a sting operation.

In his email exchanges with Greenpeace, Dr. Happer wrote: “More CO2 will benefit the world. The only way to limit CO2 would be to stop using fossil fuels, which I think would be a profoundly immoral and irrational policy.”

Dr. Happer suggested to the purported funders that he not be paid directly. “My activities to push back against climate extremism are a labor of love,” he wrote.

In casting doubt on the established science of climate change and the multiple studies linking climate change and national security, the White House memo highlights several reports, including the 2019 Worldwide Threat Assessment, issued last month by the director of national intelligence, which asserted that climate change and other environmental degradation were “likely to fuel competition for resources, economic distress and social discontent through 2019 and beyond.”

The report listed specific risks posed by climate change, such as the threat of rising sea levels to the safety of low-lying military installations and the likelihood that increased drought and flooding could lead to mass human displacement and widespread conflict. The report concluded that climate-driven food shortages could increase “the risk of social unrest, migration and interstate tension in countries such as Egypt, Ethiopia, Iraq and Jordan.”

The White House memo also casts doubt on the underlying science of the National Climate Assessment, issued as two reports in 2017 and 2018, which was the largest and most comprehensive scientific review of the impact of climate change to date in the United States.

The reports documented conclusive evidence that the burning of fossil fuels is heating the atmosphere, leading to record wildfires in California, crop failures in the Midwest and crumbling infrastructure in the South. The reports also noted that as climate change brings an increase in sea level rise, extreme weather and drought, it can lead to damages to military installations.

The peer-reviewed reports, researched over several years, were published by more than 13 federal agencies alongside dozens of academic researchers. Dr. Oppenheimer scoffed at the White House’s contention that the reports had not gone undergone rigorous peer review.

“They underwent a total scrub-down by peer review,” he said.

In addition to those reports, the Pentagon has commissioned and funded scientific research on the impact of climate change and sea-level rise, in order to plan for the effects on low-lying military installations.

One of those reports, published last February, titled “The Impact of Sea-Level Rise and Climate Change on Department of Defense Installations on Atolls in the Pacific Ocean,” detailed numerous effects that rising seas have on military bases.

For example, the report suggested that a string of South Pacific islands that is home to the Ronald Reagan Ballistic Missile Defense Test Site, which operates space weapons programs and tracks NASA research, could be uninhabitable by as soon as 2035 because of rising sea levels.

That Pentagon-funded research came after more than a decade of major military and scientific studies, dating back to the George W. Bush administration, that linked climate change to national security threats.

That same year, the Pentagon’s Quadrennial Defense Review, the agency’s main public document describing the current doctrine of the United States military, drew a direct link between the effects of global warming — like rising sea levels and extreme weather patterns — and terrorism.