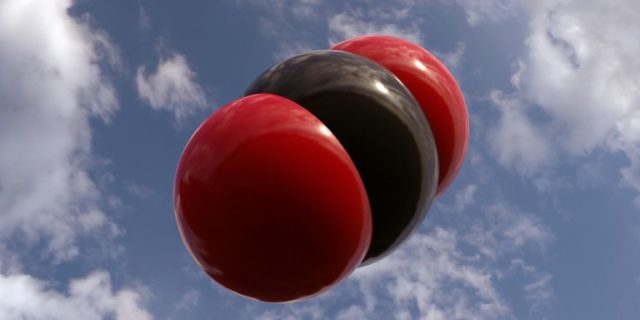 Mainstream climate science claims CO2 molecules “slow down the rate of heat loss from the surface” as a blanket does.

And yet the rate at which a CO2 molecule retains or slows down heat loss is, at most, a negligible 0.0001 of a second.

A CO2 concentration of 300 ppm versus 400 ppm will, therefore, have no detectable impact.

The blog claims CO2 molecules, with a representation of four parts in 10,000 in the atmosphere (or 400 parts per million, or ppm), collectively function as a blanket does in slowing down the rate at which the human body cools.

The rate or time-lapse involved in this “slowing” of heat loss is problematic to the paradigm that says CO2 drives global warming, however.

Professor Nasif Nahle has mathematically assessed the rate at which heat is retained by CO2 molecules; his work was endorsed by the Faculty of Physics of the University of Nuevo Leon (Mexico).

Nahle found the “mean free path” for a quantum wave to pass through the atmosphere before colliding with a CO2 molecule is about 33 meters (Nahle, 2011a).

Such a wide chasm between molecular collisions would appear to undermine a visualization of CO2 functioning like a blanket does.

Even more saliently, Nahle determined that the rate at which CO2 molecules can retain heat at the surface may only last about 0.0001 of a second (Nahle, 2011b).

If heat-loss is slowed down at a rate of 0.0001 of a second by CO2 molecules, the atmospheric CO2 concentration – whether it’s 300 PPM or 400 PPM – effectively doesn’t matter. The time-lapse differential would be immaterial for either concentration.

Consequently, Nahle concludes “carbon dioxide has not an effect on climate changes or warming periods on the Earth.”

Read more at No Tricks Zone