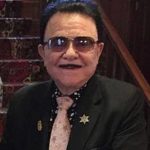 Introduction
Traditional anthropogenic theory of currently observed global warming states that release of carbon dioxide into atmosphere (partially as a result of utilization of fossil fuels) leads to an increase in atmospheric temperature because the molecules of CO2 (and other greenhouse gases) absorb the infrared radiation from the Earth’s surface. This statement is based on the Arrhenius hypothesis, which was never verified (Arrhenius, 1896). The proponents of this theory take into consideration only one component of heat transfer in atmosphere, i.e., radiation. Yet, in the dense Earth’s troposphere with the pressure p a > 0.2 atm, the heat from the Earth’s surface is mostly transferred by convection (Sorokhtin, 2001a). According to our estimates, convection accounts for 67%, water vapor condensation in the troposphere accounts for 25%, and radiation accounts for about 8% of the total heat transfer from the Earth’s surface to troposphere. Thus, convection is the dominant process of heat transfer in troposphere, and all the theories of Earth’s atmospheric heating (or cooling) first of all must consider this process of heat (energy)– mass redistribution in atmosphere (Sorokhtin, 2001a, 2001b; Khilyuk and Chilingar, 2003, 2004).

When the temperature of a given mass of air increases, it expands, becomes lighter, and rises. In turn, the denser cooler air of upper layers of troposphere descends and replaces the warmer air of lower layers. This physical system (multiple cells of air convection) acts in the Earth’s troposphere like a continuous surface cooler. The cooling effect by air convection can surpass considerably the warming effect of radiation.

The most important conclusion from this observation is that the temperature distribution in the troposphere has to be close to adiabatic because the air mass expands and cools while rising and compresses and heats while dropping. This does not necessarily imply that at any particular instant distribution of temperature has to be adiabatic. One should consider some averaged distribution over the time intervals of an order of months.