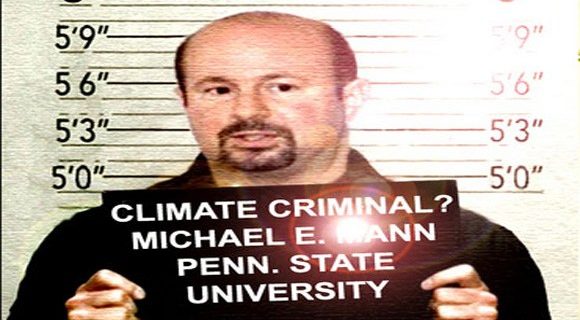 The Supreme Court of British Columbia has released the damning official final Judgment in the Mann-v-Ball ‘science trial of the century.’

The key points from the ruling are cited below:

“There have been two periods, of approximately 35 months in total, where nothing was done. In my view, by any measure, this is an inordinate delay. [8] I now turn to whether the delay is excusable. In my view, it is not.”

“There is no evidence from the plaintiff explaining the delay. Dr. Mann filed an affidavit but he provides no evidence whatsoever addressing the delay. Importantly, he does not provide any evidence saying that the delay was due to his counsel, nor does he provide evidence that he instructed his counsel to proceed diligently with the matter. He simply does not address delay at all.”

“[12] Accordingly, I find that the delay is inexcusable. “ …. ”[14] I also find that there has been actual prejudice to the defendant as a consequence of the delay.”.…” [16] This is a relatively straightforward defamation action and should have been resolved long before now. That it has not been resolved is because the plaintiff has not given it the priority that he should have.” [emphasis added] In the circumstances, justice requires that the action be dismissed and, accordingly, I do hereby dismiss the action for delay.”

Mark Steyn, who is deep into a similar SLAPP case brought against him by the vexatious litigant, “Doctor Fraudpants”, offers a delicious reaction – well worth a read. Once again Dr Michael E Mann is exposed as a pathological liar, as Steyn puts it:

“Truly, the scale of Mann’s lies is the most impressive thing about him.”

Jovial Steyn dissects the diseased mind for his sick mischaracterisations:

“Mann always presents himself as the victim… He chose to sue – and without that conscious choice there would be no legal action. So, when Mann says there was no “finding that Ball’s allegations were correct”, Ball did not allege anything: That is a legal term and the only allegations before the Court were Mann’s, in his statement of claim against Ball. Those Mann allegations have been dismissed with prejudice – so, in layman’s terms, Mann lost and Ball won.”

As the cited passages prove, Mann was delinquent in the prosecution of his claim.  As Steyn correctly points out:

“defendant Ball is not required to “prove” anything; the burden is on plaintiff Mann to prove his case. If he doesn’t bring a case, then (to use the English formulation) there’s no case to answer.”

In short, Ball used Mann’s hockey shtick and slapped the legal puck in Dr Fraudster’s mouth.  We anticipate  the contemptible little Mann will follow through on his cowardly threat and NOT honor the court order to pay Dr Ball’s legal costs.

In that regard, we plan to take steps to have the B.C. Jugdment ‘domesticated’ in the U.S., and enforced by way of garnishment of Mann’s income and seizure of his assets. Of course, we will use the opportunity to make maximum public capital out of the disgraced professor’s unlawful antics.

Moreover, Principia Scientific International is currently negotiating with interested parties in the U.S. who wish to assist Dr Ball in pressing for a full RICO racketeering investigation into the 20-year criminal conspiracy around Mann’s fraudulent ‘hockey stick’ graph.

As we repeatedly predicted, Mann would never show his ‘secret science’ in court without revealing proof of his criminal intentions.

We can only hope that President Trump’s legal and scientific advisers realize what a golden opportunity Dr Ball has given them.