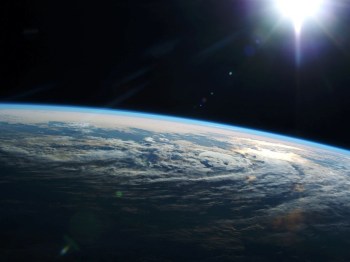 Hurricane Ian “rapidly transformed from a relatively weak storm into a strong one, [a] phenomenon that has become more common” due to climate change.

So reported the New York Times in its daily email newsletter. It also said, “Ian embodies several of the major hurricane trends in recent years, as the world copes with the effects of climate change. It’s a strong storm — and strong storms are becoming more common in the Atlantic Ocean, as its surface water has warmed.”

The prayers of a nation go out to the people in Florida devastated by Hurricane Ian, particularly those in the Ft. Myers area. Ian was indeed one of the most powerful and destructive hurricanes ever to strike southwest Florida.

Unfortunately, the tragedy is compounded by climate-change activists who are using it for political purposes. They blame Ian on global warming. Headlines in the mainstream media claimed Ian was the fourth-strongest hurricane ever to hit Florida and that its strong winds were caused by global warming. Both statements are wrong.

The strength of a hurricane can be determined in two ways. First, you can fly into the storm and measure the winds. Second, you can drop a barometer into the eye and determine the pressure. There is an excellent relationship between wind and the pressure in the eye. The lower the pressure, the stronger the winds. If you know one, then you can calculate the other. For decades before the 1990s, pressure was the main factor in determining the strength of a hurricane.

Using pressure, Ian was not the fourth-strongest hurricane in Florida history but the tenth. The strongest hurricane in U.S. history moved through the Florida Keys in 1935. Among other Florida hurricanes stronger than Ian was another Florida Keys storm in 1919. This was followed by the hurricanes in 1926 in Miami, the Palm Beach/Lake Okeechobee storm in 1928, the Keys in 1948, and Donna in 1960. We do not know how strong the hurricane in 1873 was, but it destroyed Punta Rassa with a 14-foot storm surge. Punta Rassa is located at the mouth of the river leading up to Ft. Myers, where Ian made landfall.

Note well: all these hurricanes occurred before SUVs, so CO2 and the warming it purportedly causes were not their cause.

Another false claim is that CO2 generated by burning of fuels is causing an increase in the number of Atlantic hurricanes. This is based on the historical list of hurricanes since 1850, which shows a significant rise over time. But this claim rests on misunderstanding hurricane science. There are two reasons for the apparent rise in the number of hurricanes, and neither is related to global warming.

First, there has been a dramatic change in our ability to detect hurricanes.

In the 1800s and early 1900s, only sailors on ships could detect a hurricane far out in the ocean, so we missed a lot. We started flying into hurricanes in the 1940s, enabling us to locate and track them in the western third of the Atlantic. But not until satellites became operational in the 1970s were we able to follow storms in the eastern two-thirds of the Atlantic other than by ship. On the average, satellites have enabled us to detect three additional storms per year in the eastern Atlantic, and in 2005 we identified seven that never moved westwards into the range of our weather aircraft. Before satellites, historical records show only one storm every two years in the eastern Atlantic.

Second, there has been a major change in the philosophy of whether and when to name a storm in the north Atlantic. As I have explained in greater depth before, key to this is distinguishing two different kinds of storms — and deciding which to name a hurricane.

Two primary energy sources in the atmosphere cause wind. The first is the presence of cold air beside warm air. The cold air, being more dense and hence heavier, moves under the warm air, producing wind. In meteorology we call this baroclinic energy. This is the classical energy process for all winter storms.

The second is when, in the tropics, thunderstorms heat the air. The rising hot air is replaced by air spiraling in at the surface, and if the wind reaches certain threshold speeds, it becomes a tropical storm.

In contrast, during the record-breaking year 2020, 10 out of the 30 named storms were of this type, and last year 11 were. The result has been a dramatic apparent, but not real, increase in the number of tropical storms/hurricanes in recent years — apparent because they’re named.

The dramatic conclusion is that we cannot use the raw historical record to draw any conclusion about the trend in Atlantic hurricane activity. The only valid indicator of changes in Atlantic hurricanes is to examine the landfall of major hurricanes (categories 3, 4, and 5, or winds in excess of 110 mph) in the lower 48 states. Hurricane specialists agree that tropical storms or weak hurricanes might not have been observed in remote areas in the 1800s, but I am confident all major, landfalling hurricanes are in the record books.

An analysis of major hurricane landfalls by decade shows a significant downward trend — not the upward trend predicted and claimed by climate-change activists who insist that global warming will generate more and stronger hurricanes. Today’s landfalls do not compare to those of the middle of last century. Florida was hit by seven major hurricanes in the 1940s. Six major hurricanes slashed the east coast in the 1950s. But not a single major hurricane made landfall in the entire United States from 2005 until 2017.

What we do know is that hurricanes were at least as frequent and powerful before the current period of global warming as they have been during it — indeed, we know they were actually more frequent and more powerful.

Climate-change activists and the mainstream media are wrong. There has not been an increase in the frequency, intensity, or speed of intensification of Atlantic hurricanes in the past several decades. You might clue your representatives in Congress about that so they won’t be so likely to cater to alarmists.

Neil L. Frank, Ph.D., Meteorology, was the longest-serving Director of the National Hurricane Center (1974–1987) before becoming Chief Meteorologist of KHOU-TV, Houston, TX, until his retirement in 2008, since when he has continued his research on hurricanes independently. He is a Senior Fellow of The Cornwall Alliance for the Stewardship of Creation.