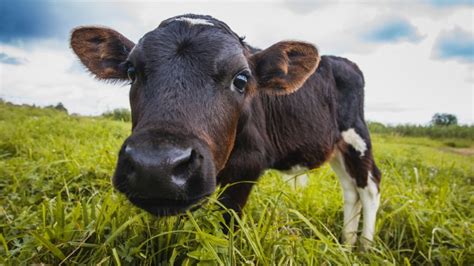 Guest essay by By Walter Starck

Science is, above all, a search for understanding based on a primacy of reason and evidence, with all findings subject to revision in accord with further evidence or more comprehensive explanation. The highest achievement in science is to discover a new or better understanding that can extend or replace an existing one.

The other major systems of organized understanding are ideology and religion. In these systems, understanding derives from what is deemed to be revealed truth, which is unethical even to question. Reason and evidence are subordinated to a supporting role that’s restricted to selected examples that accord with belief. The highest achievement here is not to discover truth, as that is accepted to be known with absolute certainty, but rather to defend such belief from any questioning and to maintain it without change or doubt, regardless of any and all reason and evidence that does not support it.

In this regard, climatology—and to an increasing extent, much of the field of biology—has ceased to be science. It has instead become a hybrid of ideology and religion, employing selected science to lend authority to existing beliefs, more like Scientology than any actual science.

This selective use of blatantly misleading and even provably false scientific claims to promote a quasi-religious ideology is nowhere more exemplified than in the claims involving the role of methane from livestock as a potent source of anthropogenic greenhouse gas emissions contributing to dangerous climate change. Although the evidence clearly refuting this nonsense is compelling, readily available, and not controversial, it is simply being ignored.

· Methane (chemical symbol CH4) is claimed to be a potent greenhouse gas, an idea based on its estimated effect compared to CO2. However, this is highly uncertain and can vary from 21 to 84 or more times greater than CO2, depending on the methods used for estimation. These high multiples derive mainly from a strong level of infrared absorption in the IR bandwidth of methane and a hypothetically lengthy persistence of many years in the atmosphere, due to a low rate of sequestration in natural sinks compared to CO2.

· What is conveniently ignored is that the IR absorption spectrum of methane is limited to two quite narrow bands. Although CO2 is a weaker absorber of IR, it has a much wider bandwidth of absorption and is about 200 times more concentrated in the atmosphere than methane. Also, due to constant turbulent mixing in the atmosphere, it makes little difference to temperature if absorption of particular amounts and wavelengths of backradiated IR occurs in a few centimetres or over a few meters. In either instance, a similar amount of heat energy is being mixed into the lower atmosphere.

Figure1 shows how six different gases absorb radiation across the infrared range of wavelengths, from 1 to 16 microns (mm). The vertical scale is upside-down: 100% absorption is low, and 0% absorption (i.e., transparency) is high.

· In the case of methane, and unlike CO2, it also breaks down chemically in the atmosphere, with a half-life of only about five years.

· Cellulose is the most abundant structural component of plants. Its decomposition by various microbes and digestion by a wide range of animal life generates methane. This is pervasive across all vegetated land. Such natural generation of methane is similar to what is being attributed to livestock. Plant material not eaten by livestock is only consumed by something else or decomposed by microbial activity with similar amounts of methane being produced.

· Trees are also major emitters of methane, both through their own metabolism and by acting as conduits bringing methane generated by microbial activity in the soil up into the atmosphere. A recent study has found that the Amazon rainforest is a major global source of methane.

· The bottom line is that reducing livestock has little or no effect on the amount of methane being generated from an area of land.

· Most of the land used for the grazing of livestock is either unneeded or unsuitable for agriculture. Grazing lands, however, are also shared by a wide range of wildlife that benefit from the year-round water supplies, improved pasturage, weed and pest control, as well as controls on hunting, which grazing also provides. Graziers tend to have high regard for the flora, fauna, and natural features of their land and take pride in being good custodians of it.

The whole idea of becoming vegans to reduce the greenhouse gas emissions of methane from livestock displays an extraordinary level of scientific, environmental, and economic ignorance. This goes well beyond just not knowing or being mistaken. It entails a profound ignorance compounded by understanding so little it is not even possible to recognize one’s own ignorance. This way of thinking is then made malignant by believing it should be imposed on everyone else for their own good.

The more one considers the multiple unrealities of what is coming to be called the Green New Deal (GND), the more it appears that the most effective solution may simply be to just try it. Doing so would immediately squelch the endless arguments and polarization. As the unfolding EU experience already indicates, recession with rising costs of living and unemployment plus chronic government deficits would begin to accelerate.

With a fully implemented GND, the capacity of government to pander to those who vote for a living would soon cease to exist. Then, with an overwhelming majority of the electorate having to do something others actually want or need in order to earn a living, a much-improved level of common interest would be restored. Being primates, we will probably always find things to incessantly squabble about, but we’ll be without the impossible levels of polarization that currently plague us.

It appears that when life gets too easy, we start to find petty concerns to obsess over. Doing something really stupid and suffering the consequences very effectively serves to reconnect us to reality. Climate change and the new version of Green politics provides a rich opportunity for such a correction.

Walter Starck, a policy advisor for The Heartland Institute, is one of the pioneers in the scientific investigation of coral reefs. He received his Ph.D. in marine science from the University of Miami in 1964.