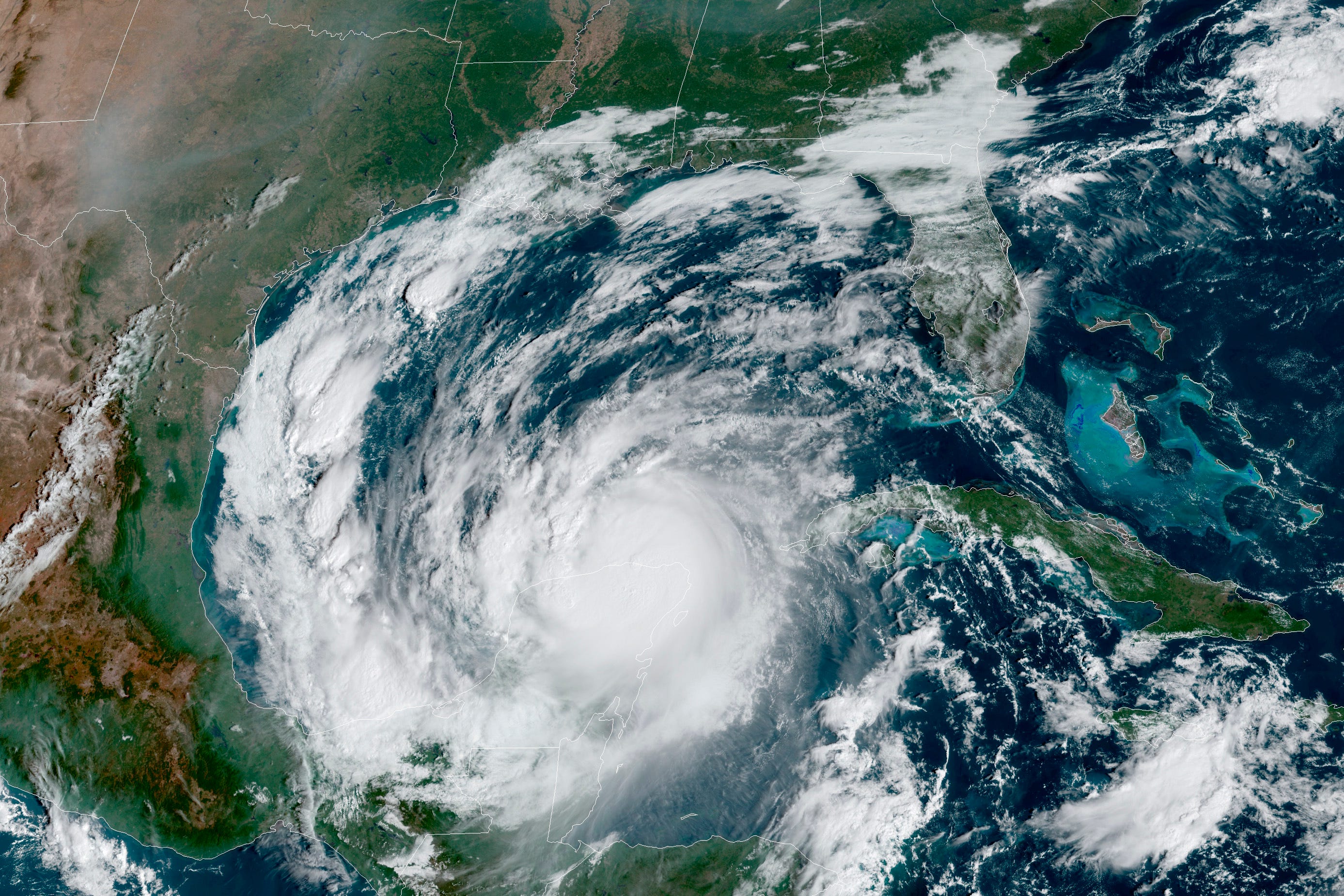 The 2020 Atlantic hurricane season, with 30 named storms, is going down in the record books as having the most named storms of any season on record. But are we comparing apples and apples—or apples and oranges?

Some people blame the recent increase in named storms—tropical storms and hurricanes—on global warming, and infer that we must stop spewing CO2 into the atmosphere to curb the warming and so prevent the increase in storms and the damage they cause.

But the raw data for hurricane history is contaminated by changes in observing tools, in our understanding, and in the philosophy of whether a storm should be named. What explains the increase in named storms? Was it an abnormal meteorological event, or are there other explanations? To answer this requires some discussion of the origin of Atlantic storms.

How Do Atlantic Storms Begin?

The most common tropical disturbances are African systems. Every 3 to 5 days, a new disturbance emerges from Africa. Trade winds carry these westward across the Atlantic Ocean, the Caribbean, and sometimes all the way to the Pacific. Every summer we track around 50, and about 10% develop into named storms.

The developmental process for weather disturbances found in the deep tropics is very straightforward. They generate thunderstorms that heat the atmosphere, and as the hot air rises it is replaced by air spiraling at the surface, producing a tropical storm. We can call this “tropical energy.”

The development process for pre-existing weather disturbances that originate in the subtropical latitudes (Central and North Atlantic) is far more complex. In this case the initial energy driving the disturbance is baroclinic—a term denoting winds that are generated when cold air moves under warm air. All winter storms are driven by this type of energy.

Over the Atlantic during the summer, two types of baroclinic systems operate to produce tropical storms. One occurs mainly during the spring and fall, when a low-pressure system develops along a dissipating cold front that has moved offshore from the U.S. mainland and stalls.

A second type occurs in the upper part of the atmosphere (25,000 ft. and higher). Occasionally, one of these “upper lows” strengthens and spins downward to the surface and may generate a named storm.

Some baroclinic disturbances can convert into tropical storms, and the process by which they do so is complicated. Consider the following scenario. In late May a cold front moves off the mid-Atlantic coast and stalls. A disturbance develops along the front and strengthens. Winds reach 45 mph. The initial energy is all baroclinic. However, thunderstorms generated by the disturbance warm the atmosphere, and now the system is being driven by both baroclinic and tropical energy.

Once they decide to name the storm, forecasters face another problem. As the storm moves toward the north Atlantic, thunderstorms decrease because of colder water, and cold air is drawn

into the circulation. The winds have not decreased, but baroclinic energy again dominates, and the system is unnamed as it transforms into a post-tropical remnant storm.

To Name or Not to Name? That Is the Question

The decision to name or unname this type of systems is very subjective, since we do not have an objective way to measure the contribution of each energy source. That is why forecasters in the past have been reluctant to name baroclinic-initiated storms.

Forecasters were faced with this decision four times in 2020, and each time they chose to name the system: Dolly, Edward, Kyle, and Omar. All four started out as baroclinic disturbances along dissipating cold fronts and then morphed into tropical storms under the influence of heat from thunderstorms. But following a very short tropical life of less than 24 to 36 hours, re-examination revealed that baroclinic energy once again dominated, and they were reclassified as post-tropical remnant lows (winter-type storms). This year we even named a baroclinic storm approaching Europe—Alpha was named a few hours before making landfall in Portugal.

Would these storms have received a name 30 or 40 years ago? Probably not, and data show this to be true.

The historical record of baroclinic-initiated tropical storms in the subtropical Atlantic north of latitude 25N for the past 75 years also reveals a recent trend to name more storms of this type. If we divide the 75 years into three 25-year periods, the first (1946–1970) is pre-satellite. Satellite pictures did not become available to operational forecasters until the late 1960s. This left us unable to observe storms in vast stretches of the Atlantic. During this time, under one storm per year (0.7/yr.) could be traced back to a baroclinic origin.

Satellite pictures were available during the second 25-year period (1971–1995), allowing us, for the first time, to detect storms in those vast stretches, which explains why there was a slight increase in the number of baroclinic systems, to 1.7 per year.

A big surprise occurred in the years 1996–2020, when there was an unexpected jump to 4 per year. A big part of the increase took place during the last decade, when the number increased to 5 per year.

Another study confirms this trend.  During the 1970s and 1980s, over 50% of all named storms in the Atlantic were initiated by African systems. Another 10–15% were generated by disturbances on the ITC. It is not surprising to find that almost 70% of all named storms in the Atlantic trace their origin to weather disturbances whose origin was in the deep tropics. Fewer than 30% of Atlantic named storms originated as baroclinic systems (~15% by stalled cold fronts, and ~15% by upper–level lows).

Similar statistics for the last decade (2011–2020) show a significant increase in the number of baroclinic systems being named. Currently, 45% of named storms are caused by baroclinic systems, while the other 55% come from tropical disturbances.

The numbers for 2020 confirm the trend to name baroclinic disturbances. Thirteen of the 30 storms had a baroclinic origin, and 10 of those occurred in the subtropical Atlantic.

The number of named storms generated by tropical disturbances has not decreased, but there has been a significant increase in the number of named storms generated by baroclinic disturbances. Has there been a change in the philosophy of naming baroclinic-driven, winter-like storms that occur in the summer? If so, does this contaminate the historical record of Atlantic hurricanes, making more the numbers for the last 25 years not directly comparable with the numbers for the previous 50?

Without question satellites account for some of the increase in the number of detected and named tropical storms. One recent study examined the number of tropical storms that formed over the eastern Atlantic and never moved westward beyond longitude 50W. In pre-satellite years (1918–1968), we tracked an average of 1 storm every 2 years. During the satellite period (1969–2019), we tracked 2 to 3 per year—a 4- to 6-fold increase. This year 4 storms—Rene, Vicky, Wilfred, and Theta—fall into this category.

Another factor accounting for the increase in named storms was a subtle change in the requirements for naming a storm. Airplanes are used to determine the strength of a storm. They measure the winds at flight level and drop an instrument in the eye to determine the central pressure. Since there is a direct relationship between wind and pressure, if you know one you can determine the other.

When investigating a weather disturbance, it is not uncommon for the plane to encounter an area of strong winds associated with a band of thunderstorms. Should the system be named? What does the pressure show? If the pressure is not low enough to justify the winds, in the past the system was not named until the pressure responded. Not so today. The current philosophy is to use the observed winds to name a storm regardless of the pressure. The result is a few more named storms, and an increasing number of storms that have a lifetime of less than 24 to 36 hours. This year Bertha was named based on wind alone an hour and a half before making landfall in South Carolina. Could this emphasis on winds be the reason why there are more baroclinic-generated named storms in the North Atlantic?

Another unique feature of the 2020 hurricane season was that 3 hurricanes hit Louisiana. Some media reported that that had never happened before. But Florida was hit by four hurricanes in 2005. And the most active hurricane season as far as landfalls was 1886, when seven hurricanes hit the Gulf coast. Three were in northwest Florida and four in Texas, and two of those in Texas were major (Category 3 or higher). The last major hurricane to hit Texas in October struck in 1886 and destroyed what was left of Indianola, a once thriving seaport of the south shore of Matagorda Bay.

Maybe 2020 Wasn’t So Strange After All

In conclusion, the hurricane season in 2020 was very active, but was it record breaking?

The deep tropics were on fire. Of the 21 storms, 17 were initiated by numerous African systems along with a few ITC disturbances. Only one baroclinic disturbance developed in the Gulf, and another three in the southwest Caribbean. No storms were tracked that developed from baroclinic disturbances in the subtropical Atlantic, and none were recorded in the Eastern Atlantic. Were there were no storms in these two areas in 1933? We do not know, because tools necessary to track storms in the eastern and northern Atlantic didn’t exist yet.

What we do know is that in 2020, with satellites and recon planes, 10 baroclinic storms developed in the subtropical Atlantic, of which 2 were east of 50W longitude. These 2, combined with 3 other African systems that weakened, make 5 in the Eastern Atlantic. A fair comparison of the 1933 hurricane season with 2020 would be to reduce the number of storms in 2020 by around 10. If we do that, 1933 is still one of the most active hurricane summers in modern times.

With all of the uncertainties in the raw data, the only credible indicator of any trend in Atlantic hurricane activity is to look at the major hurricanes (Categories 3–5) making landfall in mainland USA. A tropical storm or even a weak hurricane might have hit a sparsely populated region in the 1800s or the early 1900s and gone undetected. In contrast, all major hurricanes with winds in excess of 110 mph crossing the U.S. coastline in the last 175 years have probably been recorded.

Contrary to the claim that global warming is causing more named storms, over the past several decades the number of major hurricanes hitting the U.S. coastline has fallen. There were none for twelve years (2005–2017). This was the longest period on record without a major hurricane. On average, one major hurricane crosses the U.S. border every two years.

In contrast to mainstream media claims, there has been no increase in Atlantic hurricane activity in recent decades. As a matter of fact, world-wide there has been a 5–10% decrease in hurricane-type storms in the last 50 years.

Neil L. Frank, Ph.D., is the longest-serving Director of the National Hurricane Center (1974–1987) and served as Chief Meteorologist of KHOU-TV Houston, TX (1987–2008). He continues tracking and studying tropical storms in his retirement. He is a Fellow of The Cornwall Alliance for the Stewardship of Creation.