They want to ban coal, oil and gas. Exactly how will they replace them? Who wins? Who loses?

Berkeley, CA, Takoma Park, MD and other cities; California, Connecticut, New York, Virginia and other states; Germany, England and other countries; the European Union – all plan to banish oil, natural gas and coal within 10, 20 or 30 years. A number of US states have joined Regional Greenhouse Gas Initiatives and proudly say We Are Still In … the Paris climate treaty, no matter what President Trump says or does.

Forget the headlines and models, and look at hurricane, tornado, sea level and other historic records. There is no crisis, no unprecedented warming or weather events, certainly nothing that proves humans have replaced the powerful natural forces that have always driven climate changes and weather events.

But for now, let’s just examine their zero-carbon plans. How exactly will they make this happen? Where do they plan to get the turbines, panels and batteries? the raw materials to manufacture them? How do they plan to function as modern societies with pricey, erratic energy and frequent power disruptions?

How would they – or America, if the entire USA goes Green New Deal – handle a COVID-27 outbreak? How would they manufacture cars, airplanes, wind turbines, toilet paper, pharmaceuticals or much of anything else with intermittent energy? It hasn’t worked in Europe (see below), and it won’t work here.

It’s tripling current megawatt generation, because they don’t like nuclear or hydroelectric power either, and they’ll need far more electricity to charge enough batteries to ensure backup power for all the fossil and other power they want to eliminate. That will require a lot of wind turbines, solar panels and batteries.

Where do they plan to put all of them? Some of those states and countries have lots of rural land, wildlife habitats and shallow waters off their coasts that they can turn into huge industrial energy zones. But what are those self-righteous cities going to do? Where within their city limits do they plan to put dozens of 650-foot tall turbines and tens of thousands of panels? Or do they plan to just impose those facilities on their rural neighbors? Or tap into regional power grids and use electricity that someone else is generating – with coal, gas, nuclear, hydro, and maybe wind or solar? How will they separate “good” and “bad” electrons?

All of these GND cities and states will have to deal with frustrated rural families who don’t want the ruined scenery, desecrated ridge lines, dead birds and bats, maddening light flicker and excruciating infrasound that towering turbines would bring. Don’t want millions of rural acres blanketed with solar panels. Don’t want hundreds of miles of new high voltage transmission lines crossing their backyards. Don’t want their lands seized via eminent domain, virtually at the point of a gun if they still resist.

Do Green New Deal politicians have the foggiest idea how many turbines, panels, batteries and miles of transmission lines they will need to replace all fossil fuels? How few years those energy systems last before they have to be replaced? Do they have any idea what they’re going to do with the defunct turbine blades and solar panels that can’t be recycled or burned? How many cubic miles of landfills they will need? Will communities want those landfills? Will urban pols just employ more eminent domain?

It would take hundreds of 850-foot-tall 12-MW offshore turbines to supply the green new world electricity demands of a major city – or thousands of 2- or 3-MW onshore turbines. Tens of millions of solar panels. Millions of acres of former crop, scenic and wildlife habitat land would be impacted. They’d need millions of half-ton 85-kWh Tesla battery packs as backup for a week of windless or sunless days.

Where do they intend to get the millions of tons of steel, copper, cobalt, lithium, aluminum, rare earths, carbon-fiberglass-plastic composites, limestone and other raw materials to build all those electricity generation and storage systems, and all the new transmission lines? Will they now support opening more US lands to mining? How do they plan to mine and process the materials without fossil fuels?

If the mining is not to take place here in United States, under our tough laws and regulations – then where exactly will it be done? In China and Russia? or maybe in Africa and South America, where many mines are operated by Chinese and Russian companies that don’t give a tinker’s damn about child labor, slave labor, workplace safety, air and water pollution, toxic and radioactive wastes, mined land reclamation – or the soaring rates of lung, heart, skin and intestinal diseases, osteoporosis, cancers and other maladies.

All these squalid places and horrific stories are far away – out of sight, out of mind. Environmentalists love to say: Think globally; act locally. This would be a good time to start practicing that ethical code.

The more honest politicians promoting a GND future admit it would eliminate a lot of oil, gas, coal, petrochemical, manufacturing and other high-paying jobs. But, they claim, their (pseudo-)renewable energy world would create millions of new jobs. A look behind The Great Oz’s curtain is very revealing.

Coal-fired power plants generate 7,745 megawatt-hours of electricity per mine and power plant worker; natural gas generates 3,812 MWh per oil and gas field and utility worker. That super high efficiency and resultant low-cost electricity sustain millions of jobs in manufacturing and countless other industries.

In stark contrast, wind turbines produce a measly 836 MWh for every employee, while solar panels generated an abysmal 98 MWh per worker. Put another way, it takes 79 solar workers to produce the same amount of electricity as one coal worker or two natural gas workers. Not only will this expensive, intermittent, weather-dependent electricity kill millions of good American jobs; the GND wind and solar jobs will mostly be lower-wage positions installing, maintaining, repairing and replacing turbines and panels, and hauling huge dilapidated blades, panels, hulks and concrete foundations to monster landfills.

Residential electricity prices are already outrageous in New York (17¢ a kilowatt-hour), California (19¢ per kWh), Connecticut (20¢) and Hawaii (31¢) – versus 9¢ a kWh in Arkansas, Georgia and Oklahoma. Going 50-100% wind and solar would send family rates skyrocketing to German levels: 37¢ per kWh.

At the 8¢ per kWh in 2019, Virginia’s Inova Fairfax Women’s and Children’s Hospital pays about $1.6 million annually for electricity (based on typical hospital costs per square foot). At California’s (15¢ per kWh), or Germany’s business rate (22¢), Inova would have to shell out an extra $1.4-2.8 million a year for electricity. That would mean employee layoffs, higher medical bills, reduced patient care, more deaths.

How is the vaunted transition to wind and solar actually working in Europe and Britain? In 2017, German families and businesses were pummeled by 172,000 localized blackouts. Last year, some 350,000 German families had their electricity cut off because they couldn’t pay their power bills. In Britain, millions of elderly people have to choose between heating and eating decent food; many spend their days in libraries to keep warm; and more than 3,000 die every year because they cannot heat their homes properly, making them more likely to succumb to respiratory, heart, flu or other diseases.

Across Europe, 11 million jobs are “at risk” because of an EU “green deal” that many say is suicidal. Meanwhile, China and India are still building coal and gas power plants, making products for the USA and Europe, creating jobs, building airports, and sending billions of tons of CO2 into the atmosphere.

GND politicians have dodged these issues for years – while steering billions of taxpayer dollars to the green activist groups, crony capitalists and industrialist rent seekers that help keep them in office.

Even worse, they and their media allies neatly dodge the most glaring reality. The only way this energy and economic transformation will happen is through totalitarian government at the local, state and federal level: liberal urban voters and politicians against the rest of America. Those are the seeds of resentment, anger, societal division, endless litigation, and violence. We need to head that grim future off at the pass.

Paul Driessen is senior policy analyst for the Committee For A Constructive Tomorrow (www.CFACT.org) and author of books and articles on energy, environment, climate and human rights issues. 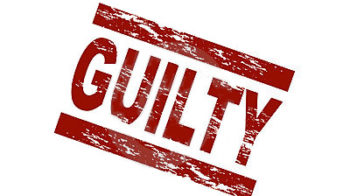