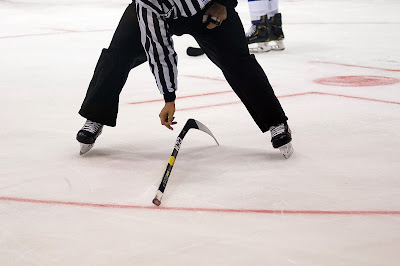 Dr. Michael E. Mann is regularly promoted as the “world-leading climate change scientist.” He is a professor at Penn State University and the author of the famous “hockey stick” graph. The “hockey stick” graph was published in 1998 and presented a wildly new assessment of earth’s temperature over the past millennium.

Openly available climate data traces a roller coaster line of warming and cooling over the past 1,000 years. This line averages about 9.2 C, rising to nearly 10.0 C during the Medieval Warming Period and dropping to 8.6 C at the Little Ice Age in the late 17th century. Today the earth’s temperature hovers around 9.4 C, just above the 1,000-year average. The Intergovernmental Panel on Climate Change (IPCC) published this data in its 1990 report. 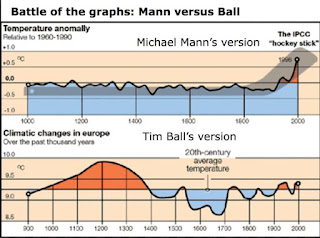 By contrast, Mann’s “hockey stick” depicts global temperatures holding flat, just under average, for 900 years. Then, beginning in the late 1800s they begin a rapid rise topping out in 1998 at 0.7 C above average. This graph resembles a hockey stick, a flat and long handle with the blade jutting up starting with the industrial revolution. If this rewriting of history is accurate, it would strongly indicate that man’s increased use of coal and oil correlates perfectly with the earth’s increase in temperature.

The IPCC seized on Mann’s “hockey stick” as the smoking gun that proved anthropogenic (man-made) global warming and included it in its 2001 report. Since then, the “hockey stick” has become a sacred icon for the high priests of climate science.

From its first publication, however, scientists have been wondering what new data Mann possesses that could fundamentally rewrite decades of scientific measurements overnight. Today, 21 years after the publication of his earth-shattering graph, Mann still has not released this data to the public.

His public statement is that “r2 statistics” lie behind his rewrite of history. He claims that “proxy tree-ring data” should be used to re-calibrate the data of public record. Are you confused yet? This sounds scientific enough to satisfy the scientists and yet obscure enough to make an interested public despair of ever being able to follow the argument.

Most people have surrendered the need to see the data with their own eyes. They have contented themselves, instead, with the word and reputation of the vaunted “Dr. Mann, world-leading climate-change scientist.” While the IPCC report itself is careful to restrain its rhetoric, the mainstream media regularly overstates the case and treats man-made global warming as “settled science” with the “hockey stick” as a bedrock fact of nature.

Not every scientist, however, has been converted by the thunder and lightning of Mann’s authoritative-sounding claims. Many are asking him to release the specific proxy tree-ring data and the mathematical calculations that he applied to it in order to come up with his radical rewrite of history. Without this data, there is no way to test his claims.

The entire “hockey stick” scenario remains a private revelation given to Mann and Mann alone. For more than two decades he has maintained, “I have made available all of the research data that I am required to under United States policy as set by the National Science Foundation…. I maintain the right to decline to release any computer codes, which are my intellectual property…”

By withholding “intellectual property,” Mann is refusing to let anyone subject his claims to the rigors of scientific cross-examination. One scientist who has not fallen for this dodge is Dr. Tim Ball. After enduring a dozen years of Mann’s refusal to release the data, Ball told an interviewer that Mann “should be in the state pen, not Penn State.” This clever turn of phrase became the center of a nine-year, multimillion-dollar libel lawsuit.

Many consider Mann’s lawsuit of Ball to be a SLAPP (strategic lawsuit against public participation). It’s not so much designed to defend his good name as it is to punish anyone with the audacity to look behind the smoke and mirrors. In this case, however, the lawsuit came back to bite Mann both intellectually and financially.

Mann’s lawsuit worked slowly through the Canadian courts from 2011 until 2017. Ball, a Canadian professor, maintains that he is innocent of libel because he is telling the truth. He further maintains that in order to prove the truth of his words, he needs to cross-examine Mann’s proxy tree-ring data and r2 statistic calculations before the jury.

In January 2017 Mann found himself maneuvered into a corner. He was forced into a series of concessions. The judge gave him two full years to hand the pertinent data over to Dr. Ball. Finally, after two decades of obfuscation, Mann’s claims would be open to the scientific method of scrutiny by independent labs around the world.

Then months passed, and years. It became increasingly obvious that Mann had no intention of abiding by the judge’s order. By January of 2019 the deadline came and went with no data ever produced. Reportedly, the judge was furious that Mann reneged on his promise.

Finally, in May, 2019, Ball’s legal team moved to dismiss the suit based on Mann’s breach of his agreement. Last week, the judge granted the motion. Not only that, but he also took the unusual step of requiring Mann to reimburse all of Dr. Ball’s legal costs for the past nine years.

To this day Mann claims that his rewriting of the climate data for the past 1,000 years is justified and accurate. But he refuses to let anyone subject his claim to independent testing. That’s not the way science is supposed to work.

The scientific method does not consist of anointing certain scientists to be high priests and prophets whose word is believed religiously. The scientific method is about data—hard facts, rigorous controls and careful calculations that can be repeated over and over by different personalities in different labs over the course of years and decades.

“Intellectual property” rights, on the contrary, are about a person’s right to make money and gain prestige through his creativity. They have certainly served Dr. Mann well in this regard. For more than two decades he has been showered with accolades, grant money and prestige. But science is not a creative enterprise. Scientists are not supposed to make up facts, they are supposed to discover them. 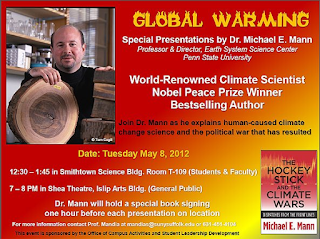 Until and unless Mann releases his data, nobody on earth has any way of knowing whether he has created his facts out of whole cloth, or whether he has discovered them through the discipline of science. He, and he alone, has the power to answer that question.

Better would be to release his data and let science be science. If man-made global warming is true, this data release will certainly establish it as fact. If not, the facts will overthrow the past 20 years of confident pronouncements. Eventually, the truth will come out. Man-made global warming increasingly appears to be Mann-made. In such a climate, a real scientist doesn’t sue skeptics, he publishes the data.