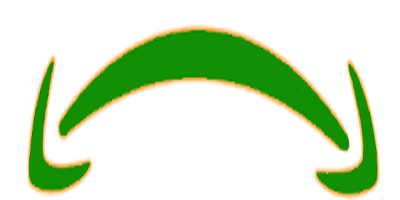 On February 17, Amazon CEO Jeff Bezos pledged $10 billion to fight climate change through the creation of the Bezos Earth Fund. According to a post Bezos made to Instagram, the global initiative will fund activists, scientists, and NGOs in an effort “to preserve and protect the natural world.”

“I want to work alongside others both to amplify known ways and to explore new ways of fighting the devastating impact of climate change on this planet” he said in his post.

The commitment comes on the heels of increasing pressure from employees unhappy with Amazon’s current contributions to climate change and believe that Amazon itself is complicit in exacerbating the existential crisis.

In September 2019, reacting to a widespread company walk out, Amazon announced its new Climate Pledge – committing to use 100% renewable energy by 2030, and achieve carbon neutrality by 2040. One element of the Climate Pledge involves purchasing 100,000 electric vehicles from Michigan-based company, Rivian. This partnering comes as little surprise, considering Amazon is a major investor in the company to the tune of tens of millions of dollars. But the pledge has not been enough for Amazon employees, who argue that the $810 billion company has neglected its Corporate and Social Responsibilities (CSR) pledge.

The $10 billion commitment is meant to solve at least one aspect of Amazon’s employee satisfaction issues, but it is far from solving all. Bernie Sanders, US president Democratic hopeful, has long been outspoken about his feelings for Amazon. The presidential nominee is critical about everything from Amazon’s poor safety records and environmentally unfriendly business practices, to supposed corruption of the press – accusing Bezos’s Washington Post of giving him unfair coverage. Sanders is currently the early frontrunner in the Democratic race, which means there’s a real chance he could follow through with his campaign promises to break up big corporations like Amazon if elected – or mobilize big business against his administration.

The specifics of the Earth Fund – from tax implications to potential impact – remain unclear. But the pledge still makes Bezos the largest single US donor taking on climate change in the US. The Hewlett Foundation made a $600 million commitment to climate spending in December of 2017, and continues to spend some $100 million on climate projects per year. While not philanthropic, financial giant Goldman Sachs announced it will be spending $750 billion on sustainable finance-related projects over the next decade.

However money does not, in fact, solve everything. There are significant issues when trying to distribute and operationalize funds of this magnitude for any cause, but particularly climate change. The reality is that the pool of nonprofits and experts working on climate change is varied – from pragmatists to extremists, and from brilliant engineers to policy kooks.

Many projects and organizations, regardless of their utility, are unable to handle large inflows of capital – they simply don’t have the capacity. This means that these organizations must be guided and grown in order to fully utilize capital on this scale.

So how should his money be spent?

Bezos could certainly put the cash towards hard infrastructure. $10 billion would buy 10 Gemini solar farms – the largest such farm in the US at 690 megawatts – or two London Array wind farms – the largest offshore project in the world and capable of powering 750,000 homes.

But investment in green tech may yield the biggest bang for his buck. Clean tech start-ups and environmental research institutions may be our best weapons against climate change. From fusion to hydrogen, to small modular reactors and electric cars, to batteries and smart grids, green seed-money will go a long way in moving us to a zero-emission energy economy.

The least preferred option is politics. Because the $10 billion is a personal commitment from a living donor, and not from an existing foundation, Bezos is legally allowed to give it to political causes, candidates, parties, and super PACs. However, strike the balance between economic growth and clear energy is tough, and politicians will be the last ones to figure this out.

Right now, everything related to this fund is speculation and hope, with spokespersons asking the public to simply “stay tuned.”  We will likely hear more details from the Bezos Earth Fund this summer. Regardless of the specifics, Bezos acknowledges that “It’s going to take collective action from big companies, small companies, nation states, global organizations, and individuals to solve this crisis.”

Bezos is right in that he can’t do it alone. Hopefully, the huge donation will be more than virtue signaling, and will promote real policy and tech solutions.