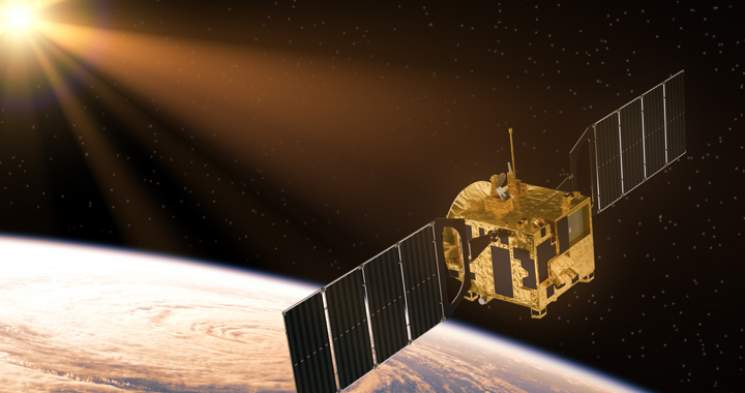 A massive coalition of environmental organizations, activists, and think-tank leaders signed a letter to President Donald Trump supporting the proposed Presidential Commission on Climate Security (PCCS), as well as the work of Trump climate and national security adviser Dr. William Happer of Princeton University. The campaign, which comes amid fierce establishment resistance to re-examining government “climate science,” also backs an independent scientific review of the increasingly dubious claims made in federal climate reports. Analysts say this battle will be crucial in establishing the credibility of government climate science — or the lack thereof.

The coalition letter, signed by almost 40 leading policy organizations and well over 100 prominent leaders, argues that an independent review of federal global-warming reports is “long overdue.” “Serious problems and shortcomings have been raised repeatedly in the past by highly-qualified scientists only to be ignored or dismissed by the federal agencies in charge of producing the reports,” the leaders and organizations explained. Indeed, in multiple cases, federal bureaucracies have even been accused of fraudulently manipulating data and findings to support their politically backed conclusions.

“Among major issues that have been raised and that we hope the commission will scrutinize: the models used have assumed climate sensitivities to CO2 concentrations significantly higher than recent research warrants; the models used have predicted much more warming than has actually occurred; predictions of the negative impacts of global warming have been made based on implausible high-end emissions scenarios; the positive impacts of warming have been ignored or minimized; and surface temperature data sets have been manipulated to show more rapid warming than has actually occurred,” the signatories wrote.

The highly unscientific nature of the claims — many of which cannot be tested or falsified — also casts doubt on the alarmist findings contained in widely ridiculed federal climate reports. “An underlying issue that we hope the commission will also address is the fact that so many of the scientific claims made in these reports and by many climate scientists are not falsifiable, that is, they cannot be tested by the scientific method,” explained the coalition letter to Trump supporting the PCCS, which brought together many of America’s most influential environmental and conservative-leaning public policy organizations.

Perhaps the most alarming element of the whole saga is that this supposed “science” is serving as the pretext for trillions of dollars in government spending, as well as unprecedented empowerment of governments and international bureaucracies such as the United Nations and its various agencies. The man-made global-warming hypothesis also underpins drastic policy changes that restrict individual liberty and free markets that harm everyone, and especially the world’s poorest people, for nebulous alleged benefits. As such, the science must be thoroughly reviewed, and it must be completely transparent, the coalition said.

“The conclusions and predictions made by these reports are the basis for proposed energy policies that could cost trillions of dollars in less than a decade and tens of trillions of dollars over several decades,” the letter explained. “Given the magnitude of the potential costs involved, we think that taking the insular processes of official, consensus science on trust, as has been the case for the past three decades, is negligent and imprudent. In contrast, major engineering projects are regularly subjected to the most rigorous and exhaustive adversarial review. We suggest that climate science requires at least the same level of scrutiny as the engineering employed in building a bridge or a new airplane.”

As The New American reported earlier this month, the establishment is in full freak-out mode over the proposed presidential commission on climate science. Far-left Democrats in Congress have slammed the idea as “dangerous.” A coalition of globalist “national security” professionals, mostly from the far-left Obama administration, even claimed reviewing the science would be a threat to “national security.” The establishment media has gone absolutely bonkers, endlessly demonizing Trump and Happer for failing to genuflect before their climate beliefs — the faith of a “climate” movement that leading experts such as MIT meteorologist Richard Lindzen have even described as a “cult.”

The letter highlighted how bizarre this was. “We note that defenders of the climate consensus have already mounted a public campaign against the proposed commission,” the signatories wrote. “We find this opposition curious. If the defenders are confident that the science contained in official reports is robust, then they should welcome a review that would finally put to rest the doubts that have been raised. On the other hand, their opposition could be taken as evidence that the scientific basis of the climate consensus is in fact highly suspect and cannot withstand critical review.”

Indeed, as this magazine and many other sources have documented, the alleged “science” upon which the man-made global-warming hysteria is based is highly suspect at best. Self-styled “climate scientists” have been repeatedly exposed in unethical behavior, including hiding and manipulating data that contradicts their hypothesis. The predictions of the alarmist movement have been remarkably consistent, too — for decades, they have been wrong about virtually everything. And even former members of the UN Intergovernmental Panel on Climate Change (IPCC) have blown the whistle on massive fraud, only to be ignored or demonized by alarmists.

The nasty and vitriolic attacks on skeptical scientists such as Dr. Happer are also highly suspicious. “We further note that opponents of the proposed commission have already stooped to making personal attacks on Dr. Happer,” the letter to Trump continued, praising the Princeton physics professor who is almost universally respected in the scientific community. “Many signers of this letter know Dr. Happer personally and all are familiar with his scientific career. We know him to be a man of high capabilities, high achievements, and the highest integrity.”

Indeed, Happer is a leading expert in this field, and is widely respected scientist even among those who disagree with him. He also happens to disagree with the increasingly discredited hypothesis that man’s emissions of CO2 — a fraction of one percent of all the greenhouse gases in the atmosphere — control the climate. “CO2 will be good for the Earth,” Happer told The New American magazine at a 2016 climate conference in Phoenix, Arizona, that brought together leading scientists and experts in various fields to expose the lies and alarmism. He added it was “pretty clear that we’re not going to see dangerous climate change” as a result of human CO2 emissions.

Among the lead organizations involved in gathering signatures for the letter was the non-profit Heartland Institute, a leading scientific think tank on climate issues. The group, which has organized climate conferences and helps put together the Nongovernmental International Panel on Climate Change (NIPCC) and its flagship “Climate Change Reconsidered” reports examining the scientific literature, recently released a policy brief highlighting the national security threat to America posed by alarmist-inspired energy restrictions. Also playing a lead role was the Competitive Enterprise Institute. Both organizations, which focus on the environment, helped gather signatures and support.

“An unbiased, independent examination of the science of climate change by an official government body is long overdue,” said Tim Huelskamp, Ph.D., president of the Heartland Institute. “It’s only necessary because government bureaucrats have put ideology above science and excluded the wealth of data and research that undermines their narrative that human activity is the main driver of catastrophic climate change.” Alongside scientists, climate experts, and other signatories, former Congressman Huelskamp urged Trump to “resist the cries of alarmists inside and outside government and allow the esteemed Dr. Will Happer to convene this commission and report back the results to the American people.”

The tax-funded “climate” alarmism lobby is in total panic about the proposed commission to review the science. And it seems they have good reason to be terrified — after all the scandals such as Climategate more recent NOAA data suppression, it has become clear that the alarmism is not based on science at all. Trump, who has ridiculed the man-made warming hypothesis as a “hoax,” is under tremendous pressure to cave in. Analysts who spoke with The New American said this battle over the PCCS represents the culmination of this struggle. For those who value real science, it is imperative that the alleged science underpinning the alarmism be reviewed by independent experts. As the scientists and experts behind the letter explained, Trump must move ahead. The future of freedom depends on it.