The Chilren’s Crusade by Gustave Dore

What could be the largest global strike ever organized will attempt to push world leaders to act aggressively on climate change when it unfolds in three weeks. And it is being orchestrated by unlikely advocates: teenagers.

When you meet Alexandria Villasenor, she seems like your typical 13-year-old. Until a few weeks ago, she was. Now the California native who is living in New York City finds herself as a primary catalyst in the youth climate strike movement and what some believe could be a global watershed moment on climate change.

As the lead organizer of the US Youth Climate Strike, set for Friday, March 15, Villasenor is in a 24/7 race to mobilize the nation’s youth. She herself has been skipping school every Friday for the past 11 weeks and protesting in front of the United Nations headquarters in New York City.

“I am on strike every Friday because adults have failed my generation,” she told CBS News. “I didn’t make this mess with the planet, they did.”

Her message to the world’s adults is clear: Your time is up, and if you won’t act, we will.

“This is the largest issue my generation will have to face,” she said. “Humans are causing climate change, and humans are the ones who need to fix it.” 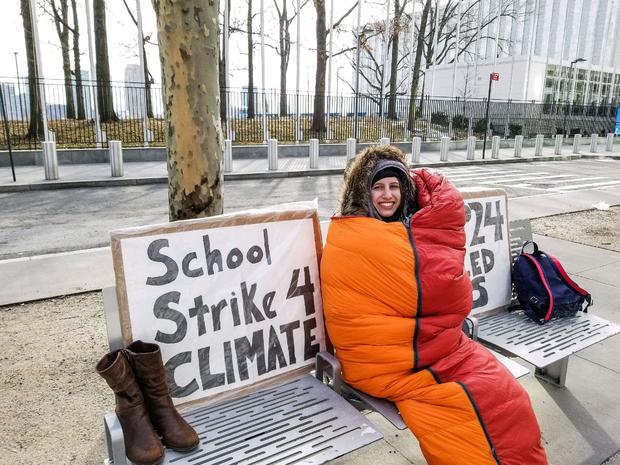 Alexandria Villasenor pictured in New York City on February 1, 2018, in this image taken by her mother, Kristin Hogue.

At least half a century has passed since the U.S. government was first warned about the unintended consequences of fossil fuel emissions. In 1965, the White House Science Advisory Committee sent then-President Lyndon B. Johnson a report with a chilling line: “Man is unwittingly conducting a vast geophysical experiment.”

Villasenor said that when she thinks about “how the world hasn’t responded to climate change,” she feels terrified.

“Especially because I know how fast we have to act to save our planet, and I also know how stubborn adults are when people tell them they have to change,” she said.

Villasenor’s inspiration to act comes from another teen who is overseas: Greta Thunberg.

In September last year, when Sweden was having its parliamentary elections, the then-15-year-old skipped school for three weeks and sat on the steps of the country’s Parliament building with a sign demanding radical action from the government on climate change. Thunberg then continued her protests, missing school every Friday even after the elections were over. 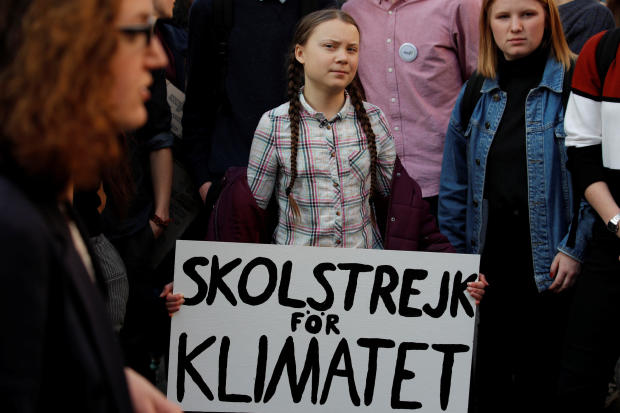 Soon, she started getting attention. In December, she delivered a blistering speech to some of the world’s most powerful politicians.

“You are not mature enough to tell it like is,” Thunberg said at the UN’s climate conference, COP 24. “Even that burden you leave to us children. But I don’t care about being popular. I care about climate justice and the living planet.”

Thunberg’s profile exploded, and other young people started joining her on the steps of Sweden’s parliament. They, too, skipped school on Fridays in what grew into an increasingly larger weekly strike.

The movement soon spread to other countries across Europe and the world. Now, nearly 70,000 children skip school to protest every Friday in almost 400 cities around the world, according to reports. Last Friday’s action saw approximately 10,000 children walk out of school in the U.K. alone as part of worldwide movement, called #FridaysForFuture. A global team is quickly adding multiple new strike locations. 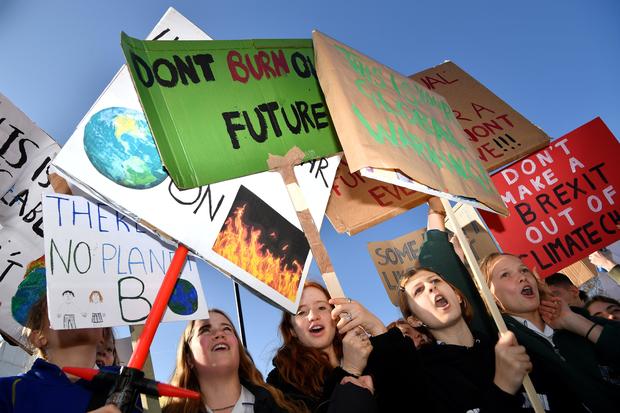 Young demonstrators hold placards as they attend a climate change protest organised by “Youth Strike 4 Climate” opposite the Houses of Parliament in central London on February 15, 2019. Ben Stansall/AFP/Getty Images

“Before I used to be very lonely and also I was depressed,” Thunberg told CBS News. “But that has all changed now. Through the climate strike, I have gained some friends and it has given me meaning and purpose.”

Thunberg shows no signs of slowing her efforts. But she said the United States has an important role to play in any solution to the climate crisis.

“If you don’t act and change in a huge and major way, then the rest of us don’t stand a chance,” Thunberg said. “The fate of humankind rests in your hands.”

In New York, Villasenor is working to influence change with the help of two other teens — 15-year-old Isra Hirsi, who is the daughter of Democratic Rep. Ilhan Omar from Minnesota, and 12-year-old activist Haven Coleman.

“I’m asking America’s youth to get in the streets and show the adults that we care for our future. It’s our right to speak up and demand a future worth living for!” said Coleman.

Alexandria’s mom, Kristin Hogue, is amazed by the team’s efficiency, cooperation and technological prowess. “Theirs is a remarkable, humbling, progressive, high-velocity operating structure,” she said.

But the group knows the battle to spur meaningful action on global climate policy is going to be long and hard. Still, Alexandria insists they have the stamina to succeed.

“We’re not stopping. My generation will do whatever it takes,” she said.

In Brussels, where she had been speaking at the European Union, Thunberg echoed that commitment.

“All that matters is that we do whatever we can,” Thunberg said.