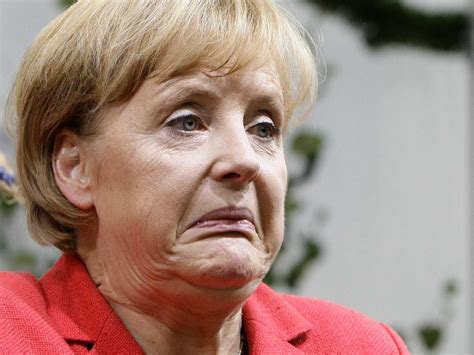 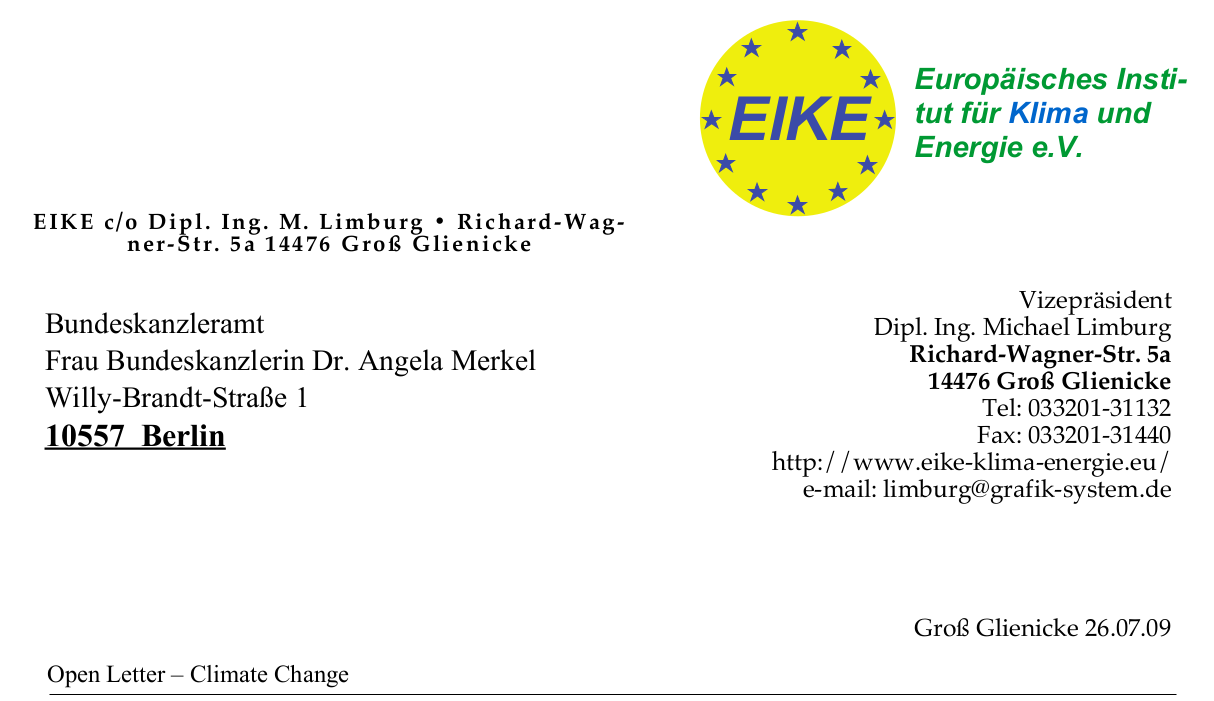 To the attention of the Honourable Madam Angela Merkel, Chancellor of Germany

When one studies history, one learns that the development of societies is often determined by a zeitgeist, which at times had detrimental or even horrific results for humanity. History tells us time and again that political leaders often have made poor decisions because they followed the advice of advisors who were incompetent or ideologues and failed to recognise it in time. Moreover evolution also shows that natural development took a wide variety of paths with most of them leading to dead ends. No era is immune from repeating the mistakes of the past.

Politicians often launch their careers using a topic that allows them to stand out. Earlier as Minister of the Environment you legitimately did this as well by assigning a high priority to climate change. But in doing so you committed an error that has since led to much damage, something that should have never happened, especially given the fact you are a physicist. You confirmed that climate change is caused by human activity and have made it a primary objective to implement expensive strategies to reduce the so-called greenhouse gas CO2. You have done so without first having a real discussion to check whether early temperature measurements and a host of other climate related facts even justify it.

A real comprehensive study, whose value would have been absolutely essential, would have shown, even before the IPCC was founded, that humans have had no measurable effect on global warming through CO2 emissions. Instead the temperature fluctuations have been within normal ranges and are due to natural cycles. Indeed the atmosphere has not warmed since 1998 – more than 10 years, and the global temperature has even dropped significantly since 2003.

Not one of the many extremely expensive climate models predicted this. According to the IPCC, it was supposed to have gotten steadily warmer, but just the opposite has occurred.

More importantly, there’s a growing body of evidence showing anthropogenic CO2 plays no measurable role. Indeed CO2’s capability to absorb radiation is almost exhausted by today’s atmospheric concentrations. If CO2 did indeed have an effect and all fossil fuels were burned, then additional warming over the long term would in fact remain limited to only a few tenths of a degree.

The IPCC had to have been aware of this fact, but completely ignored it during its studies of 160 years of temperature measurements and 150 years of determined CO2 levels. As a result the IPCC has lost its scientific credibility. The main points on this subject are included in the accompanying addendum.

In the meantime, the belief of climate change, and that it is manmade, has become a pseudo-religion. Its proponents, without thought, pillory independent and fact-based analysts and experts, many of whom are the best and brightest of the international scientific community. Fortunately in the internet it is possible to find numerous scientific works that show in detail there is no anthropogenic CO2 caused climate change. If it was not for the internet, climate realists would hardly be able to make their voices heard. Rarely do their critical views get published.

The German media has sadly taken a leading position in refusing to publicize views that are critical of anthropogenic global warming. For example, at the second International Climate Realist Conference on Climate in New York last March, approximately 800 leading scientists attended, some of whom are among the world’s best climatologists or specialists in related fields. While the US media and only the Wiener Zeitung (Vienna daily) covered the event, here in Germany the press, public television and radio shut it out. It is indeed unfortunate how our media have developed – under earlier dictatorships the media were told what was not worth reporting. But today they know it without getting instructions.

Do you not believe, Madam Chancellor, that science entails more than just confirming a hypothesis, but also involves testing to see if the opposite better explains reality? We strongly urge you to reconsider your position on this subject and to convene an impartial panel for the Potsdam Institute for Climate Impact Research, one that is free of ideology, and where controversial arguments can be openly debated. We the undersigned would very much like to offer support in this regard.