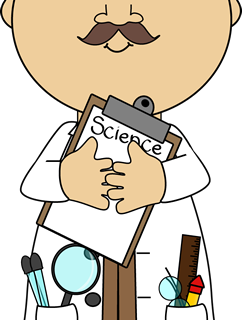 Of government ministers it may be said that they seldom know how many beans make five. Frankly, numeracy is seldom their forte. Therefore, HM Government, for instance, has pietistically proclaimed time and time again at its daily press conferences that it will act solely on the basis of what the scientists say.

This species of abject abdication to the priests of the machine has long been evident in governments’ approach to the climate question. They have been readily fooled by totalitarian academics pushing an agenda that is both ideologically attractive and financially profitable to the academics.

Now that governments are habituated to the notion that man with beard wearing white coat with leaky Biros sticking out of front pocket him always right, yes indeed, goodness gracious me, they are easily led by the nose. So far, climate skeptics have generally failed to convince governments that they should not be so credulous, nor so completely in thrall to currently-fashionable academic political opinion masquerading as “scientific consensus”.

In Sweden, this childlike faith in scientists has been taken to the extreme. By law, ministers are denied any say in how to handle pandemics. The key decisions have been wholly delegated to the public health agency, which has decided that, though some precautions are to be taken, there will be no lockdown.

For those of us who would like the lockdowns to end in those countries where it is clear from our daily graphs that they are no longer needed, it would be welcome news if the Swedish experiment were to succeed. The next few weeks will make or break the no-lockdown policy, for Sweden’s first cases of infection were later than in most of the worst-affected European countries.

One consequence of innumerate governments’ abdication to radicalized scientists is that when the scientists cannot agree among themselves governments do not take decisions in time. In Britain, Ministers dithered for a fatal month after the first cases arrived. In the end, the Prime Minister took a command decision to lock the country down, based on a model from Imperial College, which predicted that in the absence of a lockdown some 500,000 of Her Majesty’s subjects might have been killed.

Already, more than 26,000 have been killed, for the Government is at last including the virus-related deaths outside as well as inside hospitals in its daily counts. On current trends, Britain will soon have the highest death toll in Europe.

How, then, to address the recurring problem of innumeracy among the classe politique? This question will become important as governments decide what to do about lockdowns.

The State of Georgia has taken the bull by the horns and has ended the lockdown altogether. For the United States, that decision – which went too far even for Mr Trump – will provide a useful point of comparison, just as Sweden does for Scandinavia (compared with which it is doing badly) and for Europe more widely (compared with which it is doing well).

Most governments will keep control measures in place until the daily growth-rate in active cases has fallen below zero. But then what? Here is a simple piece Ministerial math: a neat device that allows Ministers to make a rough but not altogether valueless back-of-the-envelope estimate of how many deaths the Chinese virus will have caused in total by the end of the pandemic.

Thus, if in the United States there were 2400 deaths on day d, and if each day thereafter the death toll were to decline by one-tenth, and if that rate of decline were to continue, there would be 24,000 deaths from day d to the end of the pandemic, in addition to the previous deaths M = 60,000 that had occurred before day d, for a total of 84,000 deaths.

Of course, one hopes that any rate of decline in deaths (it is not yet established in the U.S.) will itself decline. Therefore, it is helpful to give Ministers a ready-reckoner table showing how many deaths will occur from day d to the end of the pandemic for various values of n:

Then Ministers can apply the test to the daily death toll, averaged over 7 days using (2). Some statisticians prefer three-day averaging. Either way, Ministers can ask the statisticians what the mean rate of decline rd is, together with the day’s mortality rd, and can then look up the appropriate multiplier n, multiply the day’s death toll by it, add the cumulative mortality M up to the previous day, and Bob’s your uncle.

Fig. 1. Mean compound daily growth rates in estimated active cases of COVID-19 for the world excluding China (red) and for several individual nations averaged over the successive seven-day periods ending on all dates from April 1 to April 29, 2020.

Fig. 2. Mean compound daily growth rates in cumulative COVID-19 deaths for the world excluding China (red) and for several individual nations averaged over the successive seven-day periods ending on all dates from April 8 to April 26, 2020.

High-definition Figures 1 and 2 are here.