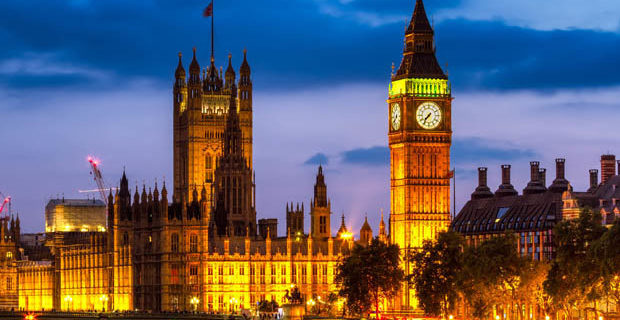 The “mistakes” point to possible fraud intended to give scientific credence to tax raising UK and US climate policies.

The unnamed source, now retired from the UK Scientific Civil Service and speaking exclusively to Principia Scientific International (PSI), was so disturbed by the “tampering” of government temperature records, he performed his own verification tests and exposed a shocking anomaly that turns the global warming narrative on its head.

The highly qualified whistle blower reveals that he downloaded the raw station data from NASA/GISS gridded land anomaly products and compared them with the anomalies.

Since these 1,045 stations  form the backbone of the historical world meteorological network, and therefore NASA GISS  products, we may expect results to be largely similar, though with inflated variance within the GHCN-D data series (GISS anomalies are highly processed products). Not addressed in this study is the urban heat island effect which is known to contaminate the land-based record.

Prior to 1970 there is an inexplicable divergence in that NASA GISS products show historic global land temperatures to have been cooler than those recorded by the 1,045 GHCN-D stations; this difference being most pronounced around 1930 when extreme heatwaves were experienced across the continental US and in other parts of the world (a fact recorded in newspapers of the day).

The extremes of the 1930s/40s down to the cooler 1960s/70s prompted scientific discussion of a pending ice age.”

scaremongering of the 1970’s about global cooling.

He spoke of how the very same scientists and government bodies that were warning of an impending ice in the seventies are the very same tax zealous advocates hyping global warming today.

At this stage, the evidence may support skeptic claims that governments have an agenda to promote climate scaremongering. Unlike the seventies, the only difference this time is the narrative is all about global warming, not the threat of an imminent ice age.

Our insider source reveals that global land temperature anomalies estimated as high as 1.23°C today were actually occurring routinely as far back as 1934. These temperatures were only surpassed again in 2015.

Persuaded by the raw data he examined, the former top UK government expert is adamant there is nothing abnormal about recent global temperatures.

GHCN-D data were used to identify discrepancies in NASA’s GISS gridded anomaly products; he affirms he’s found nothing amiss with the GHCN-D dataset.

“I thus decided to run a few statistical procedures to highlight the improbability of these differences arising by chance. (slide #1)

“The period 1914 – 2018 was divided into seven 15-year periods and a difference series derived from NASA GISS 250km T2m and the GHCN-D Tavg 1,045 station series. Whilst a fair degree of  variation between the two series is to be expected the differenced series should theoretically  manifest itself as a normally or near-normally distributed variable with an overall mean value of  zero or near-zero.”

The pattern of bias over the seven data periods prompted the retired top UK scientist to produce slide #3, this being a time series plot of the differenced series for 1900 – 2018.

“There is no way that simple estimation error is going to produce a slope like this: we should see data points randomly scattered about the zero value of the y axis. In this chart the dark red line is an OLSR whose slope estimate was calculated at +0.1°C per decade (p<0.001), and the black line is an Epanechnikov (50%) smoothing function to guide the eye.

Fitted values for the OLSR trendline reveal that between 1900 and 2018 NASA has somehow systematically and inexplicably added +1.16°C to their 250 T2m global land anomaly gridded product when compared to GHCN-D data based on a sample of 1,045 stations. I cannot as yet explain this and encourage statistically- minded climate enthusiasts to pull down data and confirm  this extraordinary finding for themselves.”

Having studied the whistleblower’s calculations it is very evident they have a striking similarity to those of noted American climate skeptic, Tony Heller.

Many alarmists have criticised Tony Heller for either ‘cherry-picking’, misunderstanding the data he’s using, or deliberately tampering with data himself to produce his graphs and charts, so this independent verification of his work is, I would venture, rather important, showing past recorded temperatures are indeed being lowered, and present ones raised, just as Tony Heller says.

Growing concerns are that ‘secret science’ used routinely by government -funded researchers may be the cover for unethical manipulation of the global temperature record. This is the strongly-held view of renowned Canadian skeptic climatologist, Dr Tim Ball after his epic court victory of over UN IPCC Lead scientist Dr Michael E Mann.

Mann is now being investigated for further legal action. Principia Scientific International is currently lobbying for a full RICO investigation into this mounting evidence of government climate fraud.