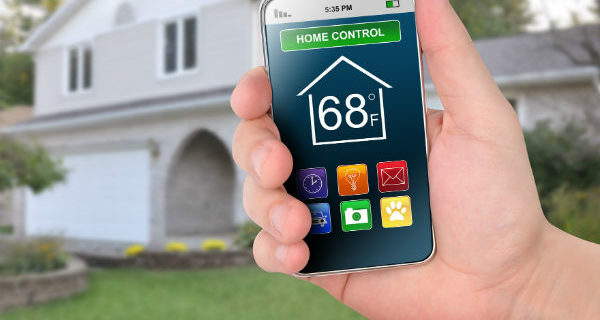 Before we spend tens of trillions of dollars on green new mis-dealings that collapse our economy and decimate our reliable energy infrastructure to save the planet from climatological Armageddon, let’s first consider some unsettling scientific questions regarding any “settled science” basis for hysteria.

Top “climategate” figure Dr. Michael Mann filed a legal defamation suit in 2011 against Dr. Timothy Ball, a former climatology professor at the University of Winnipeg, Manitoba, Canada, who had challenged his alarmist sanctimony on this matter.

Ball had humorously commented in an interview published in a Winnipeg public policy think tank that Penn State researcher Mann should, instead, be in the state penitentiary.

Caught up in the wake of damaging climategate revelations, Penn State has been roundly accused of botching an internal inquiry of Mann’s scientific conduct. Whitewash charade charges include allowing him to withhold emails or other documents under a personally voluntary “honor system.”

Mann was the principal author of the infamous “hockey stick” graph repeatedly featured by Al Gore and the U.N. Intergovernmental Panel on Climate Change (IPCC) to build a case for the Kyoto Protocol. Kyoto was the unscientifically-rigged game plan and precursor for today’s Paris Climate Treaty.

The case against Ball was dismissed by the British Columbia Supreme Court for Mann’s slow-walking “lack of priority” to resolve the dispute. One delay factor involved Mann’s unwillingness to release all documents, including computer codes, by a mandated Feb. 20, 2017 deadline.

Mann’s chart incredulously showed that global temperatures had been stable for 900 years until the 20th century, and then suddenly rocketed off the charts (attributing this to human-caused greenhouse gas emissions).

The 1,000-year-long graph had been cobbled together using various proxy data derived from ice cores, cherry-picked tree ring specimens, and written records of growing season dates up until 1961, where it then applied surface ground station temperature data.

Also missing were the whereabouts of an unused sample tree ring data set for 34 trees in the same Siberian Yamal Peninsula vicinity as the 12 specimens he cited.

Why did Mann choose to switch his chart over to applications of surface data in 1961? Was it merely a coincidence that this was the time when other tree ring proxy data calculations by Dr. Keith Briffa at the East Anglia University Climate Research Unit (CRU) began going the other way in a steady temperature decline?

Reportedly, after presenting these unwelcome results to Mann and others, Briffa was put under pressure to recalculate them. He did — and the decline became even greater.

As recorded in Climategate emails, this — in Mann’s words — presented a “conundrum.” The late 20th century decline indicated by Briffa, he said, would be perceived by IPCC as “diluting the message.” Mann characterized this as a “problem” — one that posed a “potential distraction/detraction.”

Mann reportedly went on to say that the warming alarm skeptics would have a “field day” if Briffa’s declining temperature reconstruction was shown, and that he would “hate to be the one” to give them “fodder.”

Mike’s (Mann’s) “trick” was to add in real temperatures to each series for the last 20 years from 1979 onwards and from 1961 for Briffa’s, show all of the proxy and surface measurement chartings in different colors on a single graph, and then simply cut off Briffa’s in a spaghetti clutter of lines at the 1961 date.

Even Raymond Bradley, Mann’s co-author for his hockey stick paper, took issue with the competence of another article jointly published by Mann and Jones.

Bradley wrote, “I’m sure you agree . . . The Mann/Jones GRL [Geophysical Research Letters] paper was truly pathetic and should never have been published. I don’t want to be associated with that 2000- year [climate] reconstruction.”

As one researcher prudently observed, “It is inconceivable that policymakers will be willing to make billion-and trillion-dollar decisions for adaptation to the projected regional climate change based on models that do not even describe and simulate the processes that are the building blocks of climate variability.”

Still another foresaw some very troubling consequences, “What if climate change appears to be just mainly a multi-decadal natural fluctuation? They’ll kill us probably . . . ”

Perhaps that’s finally something for some of them to be truly alarmed about.

Larry Bell is an endowed professor of space architecture at the University of Houston where he founded the Sasakawa International Center for Space Architecture (SICSA) and the graduate program in space architecture. He is the author of several books, including “The Weaponization of AI and the Internet: How Global Networks of Infotech Overlords are Expanding Their Control Over Our Lives” (2019), “Reinventing Ourselves: How Technology is Rapidly and Radically Transforming Humanity” (2019), “Thinking Whole: Rejecting Half-Witted Left & Right Brain Limitations” (2018), “Reflections on Oceans and Puddles: One Hundred Reasons to be Enthusiastic, Grateful and Hopeful” (2017), “Cosmic Musings: Contemplating Life Beyond Self” (2016), “Scared Witless: Prophets and Profits of Climate Doom” (2015) and “Climate of Corruption: Politics and Power Behind the Global Warming Hoax” (2011). He is currently working on a new book with Buzz Aldrin, “Beyond Footprints and Flagpoles.