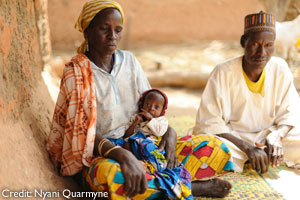 In this video, Prof. Tim Ball shows not only why the “science” behind the CO2 scare is completely false, he shows how the fascists and eugenicists have created this scare very consciously in order to choke modern civilisation and development.

Unless countries like India understand the origin of this ideology (which is purely fascist, being both socialist and eugenic), they will be easily sucked in by the shameful propaganda and lies of the alarmists.

ADDENDUM
A reader suggested that using the word “eugenic” in the title makes them less likely to share this video. Our response:

Thanks but there is absolutely no question, not the slightest shred of doubt, about this basic truth – that these climate efforts are based entirely on the deliberate strategy of racist eugenicists who wish to wipe out the poor, and in particular India’s population. You may not wish to acknowledge this fact and share with others but our party is very concerned about the origins of these anti-population fascists. See: https://timesofindia.indiatimes.com/b…

This channel if obviously open to the public but is mainly intended to educate Indians in India.