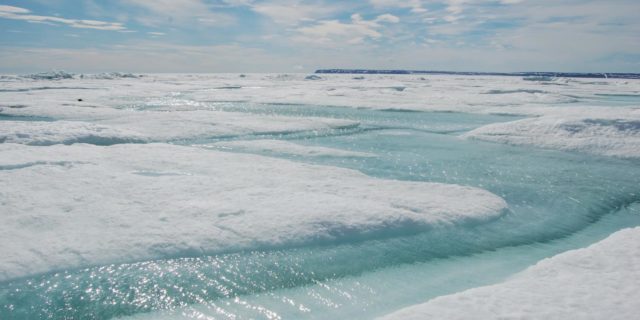 From Radio Voice of Russia:

Russia’s Pulkovo Observatory: “we could be in for a cooling period that lasts 200-250 years”

Scientists at Russia’s famous Pulkovo Observatory are convinced that the world is in for a period of global cooling.

Global warming which has been the subject of so many discussions in recent years, may give way to global cooling. According to scientists from the Pulkovo Observatory in St.Petersburg, solar activity is waning, so the average yearly temperature will begin to decline as well. Scientists from Britain and the US chime in saying that forecasts for global cooling are far from groundless. Some experts warn that a change in the climate may affect the ambitious projects for the exploration of the Arctic that have been launched by many countries.

Just recently, experts said that the Arctic ice cover was becoming thinner while journalists warned that the oncoming global warming would make it possible to grow oranges in the north of Siberia. Now, they say a cold spell will set in. Apparently, this will not occur overnight, Yuri Nagovitsyn of the Pulkovo Observatory, says.

“Journalists say the entire process is very simple: once solar activity declines, the temperature drops. But besides solar activity, the climate is influenced by other factors, including the lithosphere, the atmosphere, the ocean, the glaciers. The share of solar activity in climate change is only 20%. This means that sun’s activity could trigger certain changes whereas the actual climate changing process takes place on the Earth”.

“Evidently, solar activity is on the decrease. The 11-year cycle doesn’t bring about considerable climate change – only 1-2%. The impact of the 200-year cycle is greater – up to 50%. In this respect, we could be in for a cooling period that lasts 200-250 years. The period of low solar activity could start in 2030-2040 but it won’t be as pervasive as in the late 17th century”.

Even though pessimists say global cooling will hamper exploration of the Arctic, experts say it won’t. Climate change and the resulting increase in the thickness of the Arctic ice cover pose no obstacles to the extraction of oil and gas on the Arctic shelf. As oil and gas reserves of the Arctic sea shelf are estimated to be billions of tons, countries are demonstrating more interest in the development of the Arctic. Climate change will also have no impact on the Northern Sea Route, which makes it possible to cut trade routes between Europe, Asia and America. Professor Igor Davidenko comments.

“The Northern Sea Route has never opened so early or closed so late over the past 30 years. Last year saw a cargo transit record – more than five million tons. The first Chinese icebreaker sailed along the Northern Sea Route in 2012. China plans it to handle up to 15% of its exports”.

As Russia steps up efforts to upgrade its icebreaker fleet, new-generation icebreakers are set to arrive in the years to come. No climate changes will thus be able to impede an increase in shipping traffic via the Northern Sea Route.