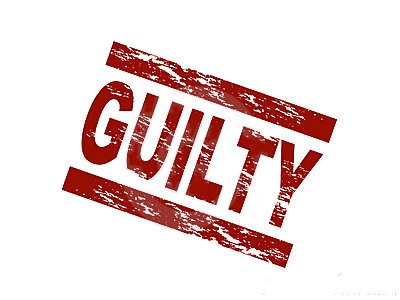 By Lord Christopher Monckton of Brenchley

Much has been made of the alleged standstill in global CO2 emissions, which are asserted to have been about the same in 2019 as in 2018, at 33.3 gigatonnes of CO2:

Obsession over transient phenomena such as this is commonplace among the climate genociders, whose cruel, dangerous and expensive global-warming abatement policies are killing tens of millions annually through the coordinated refusal of most of the world’s leading merchant, central and intergovernmental banks to lend to developing countries to install the one kind of electricity they can afford and can maintain and are desperate for – coal-fired generation.

Nothing lifts a poor nation faster, more surely and more permanently out of poverty, misery, disease and death than the universal availability of universal, affordable, continuous, base-load, coal-fired electricity.

Were it not for the genocidal emissions-abatement policies driven by the totalitarian fanatics and extremists of the far Left in the West, the whole world would by now be electrified, prosperity in the developing countries would have increased no less dramatically than it has in the electrified advanced economies, and the net benefit to the environment in the consequent stabilization of population would have been overwhelming.

Almost two centuries of official demographic statistics have demonstrated that, by a long chalk, the most effective method of stabilizing a previously-burgeoning population is to increase the general prosperity of that population. Frankly, nothing else works. The fastest way to displace poverty with prosperity is to give the people electricity. We should make this moral case against the genociders daily until they are compelled to pay heed.

The genociders’ trumpeting of the supposed standstill in global CO2 emissions is – as usual – misplaced. As the IEA’s graph shows, the imagined level of global emissions remained static for five years from 1990-1995. In Their terms, we were doing “better” then than now, for no increase in our sins of emission was reported over that period.

Their “our policies are at last working” meme is misplaced for a second reason. The emissions data are inaccurate. As with temperature, so with emissions, we are incapable of determining global data to a precision of a tenth of a unit. We know that the emissions data are inaccurate because if they were accurate – and if the link between emissions and concentration were as direct as They tell us it is – then the stabilization of emissions would have been matched by at least some diminution in the rate at which CO2 concentration is accumulating in the atmosphere.

However, the CO2 concentration at Mauna Loa shows a continuing and undiminished rate of increase over the past four or five years:

Since the trend in global temperatures has been generally downward over the past five years, additional outgassing of CO2 from the oceans does not account for the continuing increase in CO2 concentration.

Nor can it legitimately be argued (though some genociders have tried) that the terrestrial CO2 sink is failing. If it were failing, the rapid growth in the total plant biomass on the planet – the net primary productivity of trees and plants – would not have been as spectacular as it has been.

The question arises whether the decades of hot air generated by the climate genociders’ intergovernmental conferences, at vast expense in treasure as well as in common sense, have reduced global CO2 emissions below the business-as-usual prediction made by IPCC in its First Assessment Report in 1990.

The answer is No. The annual, official, peer-reviewed estimate of global CO2 emissions from all sources, Friedlingstein et al. (2019), who used the same wider measure of emissions as IPCC, shows that emissions are above the business-as-usual trajectory predicted by IPCC in 1990:

The 11.5 givatonnes of carbon estimated by Friedlingstein et al. is equivalent to 42.2 gigatonnes of CO2.

In short, the quintupling of electricity prices compared with what they would be without global warming abatement policies, the doubling of gasoline prices, the destruction of heavy industries such as coal, steel, aluminum, coal-fired power generation and motor manufacture throughout the Western world, the trashing of the countryside and the killing of billions of bees, birds and bats by windmills, the slowing of storms and the consequent flooding caused by those same windmills, and all the deaths that the genociders are inflicting upon our less fortunate cousins in the developing world with their refusal to countenance the immediate electrification of the one-sixth of the planet whose population subsists in enforced and involuntary darkness, have achieved precisely nothing.