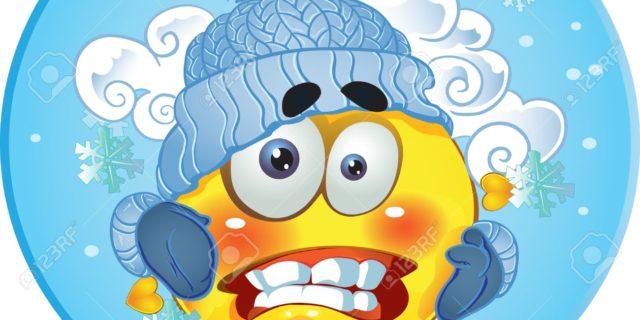 The solar plasma temperature has plunged to a new low for the instrument record. Coincidentally or not, the temperature of the southern hemisphere has also plunged over the last couple of weeks. When do we start worrying?

As Figure 1 shows, the temperature of the solar wind has hit a new low for the instrument record. As it is energy from the Sun that keeps the Earth from looking like Pluto, the lower plasma temperature indicates that the Sun’s surface is cooling. Surely the Earth’s surface will follow.

Figure 2: Alpha particle to proton ratio in the solar wind

Similarly the alpha particle to proton ratio has hit a new low for the almost 50 years of the instrument record. The decline for the peak ratio in each solar cycle is even more dramatic. The question that naturally arises is this: Is there a lower bound for this ratio?

Solar wind flow pressure has hit a new low for the instrument record. There a couple of interesting things about this chart. Note that the lows for the last three solar cycles are aligned as indicated by the blue line. This implies that there is a disciplined process involved. Note also the low activity in the late 1960s that set up the 1970s cooling period.

It is the solar wind flow pressure combined with the Sun’s magnetic field that reduces the flux of galactic cosmic rays reaching the Earth. As these two parameters we can expect a spike in the neutron flux about a year from now. In turn that is expected to increase cloud cover and the Earth’s albedo.

The Kp–index is a global auroral activity indicator on a scale from 0 to 9. What is evident in this graph is the change in regime from the Modern Warm Period that ended in 2006 and the New Cold Period.

According to Omniweb’s data the Ap Index has also hit a new low for its data record.

Figure 6 is from Oxford academic Karsten Haustein’s website. It is updated daily. It shows that the temperature of the southern hemisphere (the blue line) has plunged 0.6°C in the last couple of weeks and is continuing to plunge. Could it be that the new lows for some solar parameters is having an instant response? The Antarctic plateau is the Earth’s refrigerator.

David Archibald is the author of The Anticancer Garden in Australia.