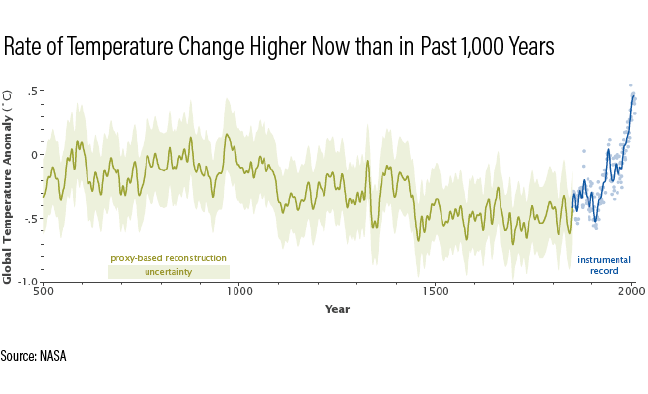 Several states have recently introduced bills that could interfere with the teaching of scientifically founded theories on climate change in public school science curricula.

A bill in South Dakota would require each school board to adopt a code of ethics that prevents public school elementary and secondary school teachers from advocating “for any issue that is part of a political party platform at the national, state, or local level.” The Arizona legislature introduced a nearly identical bill.

Virginia legislators proposed a bill with similar language, arguing that some teachers are abusing taxpayer dollars to “speak to captive audiences of students in an attempt to indoctrinate or influence students to adopt specific political and ideological positions on issues of social and political controversy … under the guise of ‘teaching for social justice’ and other sectarian doctrines.”

In Maine, a comparable bill states that “the rules must require a teacher to provide students with materials supporting both sides of a controversial issue being addressed and to present both sides in a fair-minded, nonpartisan manner.”

Science education groups are concerned that these bills, if enacted, would limit instruction on anthropogenic climate change, which is a key tenet of state and federal Democratic Party platforms. In the case of Maine, the bill could require teachers to discuss climate change as a disputed theory and present disproven theories for the global rise in temperatures as valid.
ADVERTISEMENT

Climate change has become an increasingly politicized topic under the Trump administration. The president has publicly denounced its existence, and some federal agencies have removed the phrase “climate change” from webpages and other documents. Yet as global temperatures continue to rise (2018 was the fourth hottest year on record), at least 97 percent of climate experts maintain that “[c]limate-warming trends over the past century are extremely likely due to human activities.”

Kelley Czajka is an editorial intern at Pacific Standard. She is currently a senior at Northwestern University’s Medill School of Journalism.