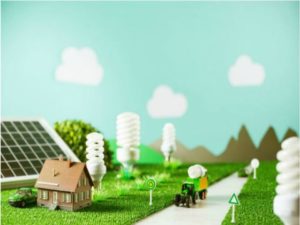 Dr. Judith Curry takes down the AAAS in the post at this link to her website. The American Association for the Advancement of Science (AAAS) attempts a power play on climate change but instead shoots itself in the foot. This is an example of the Iron Law of Bureaucracy.

The management of ACS is one of the signers of the AAAS propaganda letter. I was a member of the American Chemical Society (ACS) for many years. I was heavily involved with an ACS subgroup in gas chromatography in the 1970’s and early 1980’s. There was little climatology, the sciences of climate, at ACS in those years. In fact, I and the others involved in that ACS subgroup were teaching ACS members how to measure gases, including teaching EPA employees how to measure real pollutants.

Following the climate conferences in Rio and Kyoto, ACS references and articles especially those in its weekly news magazine C&E News (Chemical and Engineering News) were biased and political, biased towards a political scheme known as ‘Global Warming’ which converged the interests of national and global governments with academic climatology, mainstream media, banking and left wing special interest groups such as Sierra Club. It was a collusion to control trade which would have been illegal under U.S. anti-trust laws, except the collusion was organized by the federal government.

In this same period Barack Obama was on the board of the Joyce Foundation that funded the development of carbon credit derivatives trading. A decade before, President Nixon had put in place the bureaucracy, now known as the EPA, which created the regulations that enabled the carbon commodities market, such as the market begun as the Chicago Climate Exchange (CCX). “At its founding in November 2000, it was estimated that the size of CCX’s carbon trading market could reach $500 billion. That estimate ballooned over the years to $10 trillion.” (1)

The president of the board of Joyce Foundation board became an executive of CCX and Maurice Strong, who ran the UN climate conferences, joined the CCX board. (2) The quasi-government agency / mortgage company FANNIE MAE and a commodities broker took interest in patented systems for measuring CO2 emissions in the home, and trading systems for that, so that your home mortgage required monitoring carbon emissions which could then be traded and taxed. Al Gore’s company, Generation Investment, “purchased a 10 percent stake in CCX and became the company’s fifth largest co-owner. In 2006, Goldman Sachs also purchased a 10 percent share of CCX.” (3) All of that to churn a huge and extremely profitable commodity derivatives market that would be institutionalized by law, government policy, and international treaties…i.e. a government guaranteed market, funded by energy consumers and producers.

And, among other nefarious actions, the colluders want to and have already tried to use the legal system to penalize people who are skeptical of or deny this 30 to 40-year-old scheme. Despite years of support and research funding exceeding $40 billion in the U.S. alone, the conspiracy has not been able to validate climate models which show a significant net negative result to life occurs due to higher atmospheric CO2 concentration. Nor does geological history confirm their models. Atmospheric CO2 concentration has already been 4 times higher than today and that occurred during long periods when life on earth was abundant and green.

Their scheme is fraud and extortion under the color of armed authority, and it appears the universities and management of science associations are also culpable. Statements such as Dr. Judith Curry’s and many letters signed by thousands of skeptical scientists confirm this scheme is a giant power play with no redeeming value to citizens. All of this is about a colorless, odorless commodity, CO2, carbon dioxide, which, if we emit more of it, would make the world a greener and healthier place to live.

In summary, they want to regulate and tax emissions of a harmless, helpful gas which is a byproduct of energy production and enrich themselves in the process. Those actions increase the price of all products and services which use energy, which includes essentially everything. Taxes, fees and cost of compliance with regulations also increase.

Conveniently, the Supreme Court has already decided that the EPA is required by the Clean Air Act of 1963 to regulate CO2 and other “greenhouse gases.” As required by that law, the EPA made its Final Determination, which was that CO2 is a hazard to the public health. And the Supreme Court conveniently ruled that, under the Administrative Procedures Act of 1946, agencies like the EPA can to some extent write their own policies and regulations.

We have a self-reinforcing bureaucracy that wants to outlaw free speech and resistance to its policies. Keep in mind that EPA and its administrators have been threatened with Contempt of Congress by Democrat and Republican controlled committees for failing to produce under subpoena the data and methods it used to make its determinations and EPA’s administrators have lied in Congressional hearings.

There is a very, very large class of citizens who have suffered financially significant damages. Where are those class action lawyers when you need them? It is a case that the government should prosecute, except in all but one problematical definition. It is a firestorm-hot criminal case that would draw celebrity lawyers and judges and create celebrity legal careers, to be followed by a very rich and historical civil case. Except, the government must prosecute itself, and in this case government is unquestionably biased. The one definition that is not met by the courts is a fair trial: how do citizens in this matter get a fair trial when their opponent is making and enforcing all the rules?

If not the courts, then in what venue could such a case be decided? Could Congress handle this case? It could repeal or reform the Clean Air Act and the Administrative Procedures Act, wherein Congress delegated most of its responsibilities to the agencies of the Executive branch. But environmental special interests lobby and contribute to congressional and presidential campaigns; almost all of them are conflicted. If you surmise that we have regressed to the corrupt bureaucracy of the Roman Empire, you would be correct.

The venue must be the court of public opinion. Virtually all polls show that global warming/climate change is at the bottom of the public’s priorities, despite millions of dollars and years spent to convince the public otherwise. Common sense rules and in this case, the public smells a rat. We need a referendum process to re-regulate the EPA, and to severely downsize it and de-leverage it. And who will enforce anti-trust laws on the federal government? Congress is not doing it. An Article V convention of the states is one possible venue.