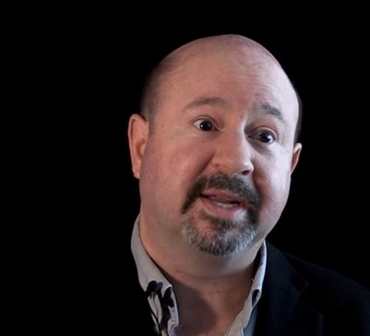 or Michael E Mann, Loser (Again) and Deadbeat (for Sure)

The Mann vs Steyn case is about to enter its ninth year in the choked septic tank of the District of Columbia (pending name change) “judicial” system. Yet oddly enough the Covid lockdown of every other courthouse on the planet has coincided with a modest acceleration in the progress of the global warm-monger’s vanity litigation.

For those new to this suit, there’s a whole book about it. But as I summarized it the other day:

Mann is the climate ayatollah who created the global-warming hockey stick showing that nothing of any interest happened in the world’s climate until a little over a century ago, at which point your great-grampa climbed into his Model T and the world started to burn. The hockey stick is total bollocks, but it was taken up by the UN’s Intergovernmental Panel on Climate Change and in the early years of this millennium was the single most influential graph of our time.

Many climate scientists other than hardcore Mann-boys are embarrassed by the prominence given to the hockey stick. But Mann has to protect his increasingly flaccid stick, and so he began launching various vanity lawsuits. This last year has not gone well for him. His suit against Tim Ball was dismissed with prejudice by the British Columbia Supreme Court for failure to prosecute, with costs awarded to Dr Ball. That’s to say, Mann lost – decisively. Mann denied that that was what had happened, and his halfwit groupies seemed willing to swallow that denial of reality, but the big clue to the final scorecard is the significant six-figure check he was ordered to write to Tim Ball. The dishonorable Mann has indicated he will refuse to pay, and, being resident outside Her Majesty’s Dominions, he may get away with that, or at least drag it out awhile.

[UPDATE: I speculated back in October whether Mann, a loser and a liar, would also prove a scofflaw and a deadbeat. Yes, he is. It is ten months since he lost at the BC Supreme Court and, despite Mr Justice Giaschi’s order, Doctor Fraudpants has yet to pay Tim Ball a penny. So he’s a fraudulent plaintiff in every respect. This scumbag has financially ruined Dr Ball, lost at trial, and refuses to pay up. Mann’s conduct is appalling: it’s no wonder so few climate scientists are willing to defend him.]

However, Mann has now been ordered by the District of Columbia Superior Court to write a just-shy-of-five-figure check to my co-defendants Rand Simberg and the Competitive Enterprise Institute – and for the same reasons as in BC: dragging things out and piling up additional costs on the defendants because (all together now) the process is the punishment.

By the way, I love how Mann’s doting fanbois react to news of his courtroom setbacks by wearily insisting that, unless you’re an accredited climatologist, you have no right even to weigh in on the subject. Appeals to authority are always unbecoming to a free society (and especially so after the CDC/WHO Covid fiasco), but appeals to the wrong authority are just pathetic. This is not a tree-ring class at a Department of Atmospheric Sciences; this is a legal proceeding, where the relevant authorities are judicial – and, while I’m no QC, I do have some form with kicking the arse of litigious cockwombles.

Mann refused to provide any evidence of damages he’d suffered from our alleged defamation of him, so CEI/Simberg were obliged to file a motion asking the Court to compel Mann to cough it up. Judge Anderson did so, ordering him to produce income records for the period from 2007 to 2019.

As is traditional after even the most footling and transient victories, CEI’s counsel filed a motion for recovery of costs. In America, such motions are pro forma but doomed – because, whereas under “the English rule” (as in British Columbia) where “costs follow the event” (ie, loser pays), under “the American rule” a wanker plaintiff can drain his opponent of his life’s savings so that even if the defendant wins he’ll still be eating cat food from the Dollarama till the end of his days. In their objection to paying CEI/Simberg’s costs for the motion to compel, Mann’s lawsplainers ‘splained to milady that making Mann write a check to CEI/Simberg would be an affront to American “justice”:

Under the American legal systems, parties to a dispute are normally expected to bear their own attorneys’ fees. This is no different when those fees relate to a legitimate discovery dispute. To be sure, requiring the party on the losing end of a discovery dispute to pay the victor’s fees would chill legitimate advocacy. As a result, a party can recover its costs and attorneys’ fees on a successful discovery motion, if at all, only where the opposition was not substantially justified…

So Judge Anderson has now ruled that Mann’s opposition to discovery was, indeed, not justified – or, in her words, “not warranted“. That’s the same conclusion His Lordship reached in the British Columbia Supreme Court, where Mann’s refusal to produce a single document was ruled not “excusable“.

And so the District of Columbia Superior Court has ordered Mann to write CEI/Simberg a check for $9,588.64.

In the final paragraph of his objection to paying costs, Mann requests that all these questions of who gets what costs should be deferred until the end of the case, because it would better “serve judicial economy” – and, of course, also make it easier for Mann to evade collection, as he’s doing with the British Columbia verdict. For that or other reasons, Judge Anderson seems minded to impose a pay-as-you-go regime on Mann, so one assumes he’ll be getting out the checkbook within thirty days or so.

Her Honor is eager to get on with this ludicrous case, and, unlike her two lethargic predecessors as trial judge, has been shrinking it to its essentials. As she put it in her October 2019 Order Denying Plaintiff’s Motion to Compel Discovery Against Mark Steyn:

The main idea of Defendant [Steyn]’s article is the inadequate and ineffective investigations conducted by Pennsylvania State University into their employees, including Jerry Sandusky and Plaintiff [Michael E Mann].

Indeed. I regard Penn State as a wholly corrupt establishment. My general line can be discerned from the headline my editors chose for this column on the revolting self-serving conduct of assistant coach Mike McQueary: “Penn State’s Institutional Wickedness.” It’s all very, as we would say today, “systemic”. There is a discernible pattern of behavior.

Likewise in Mann’s litigation technique: There is a pattern of behavior – and, in both Vancouver and Washington, the costs of it are beginning to pile up.