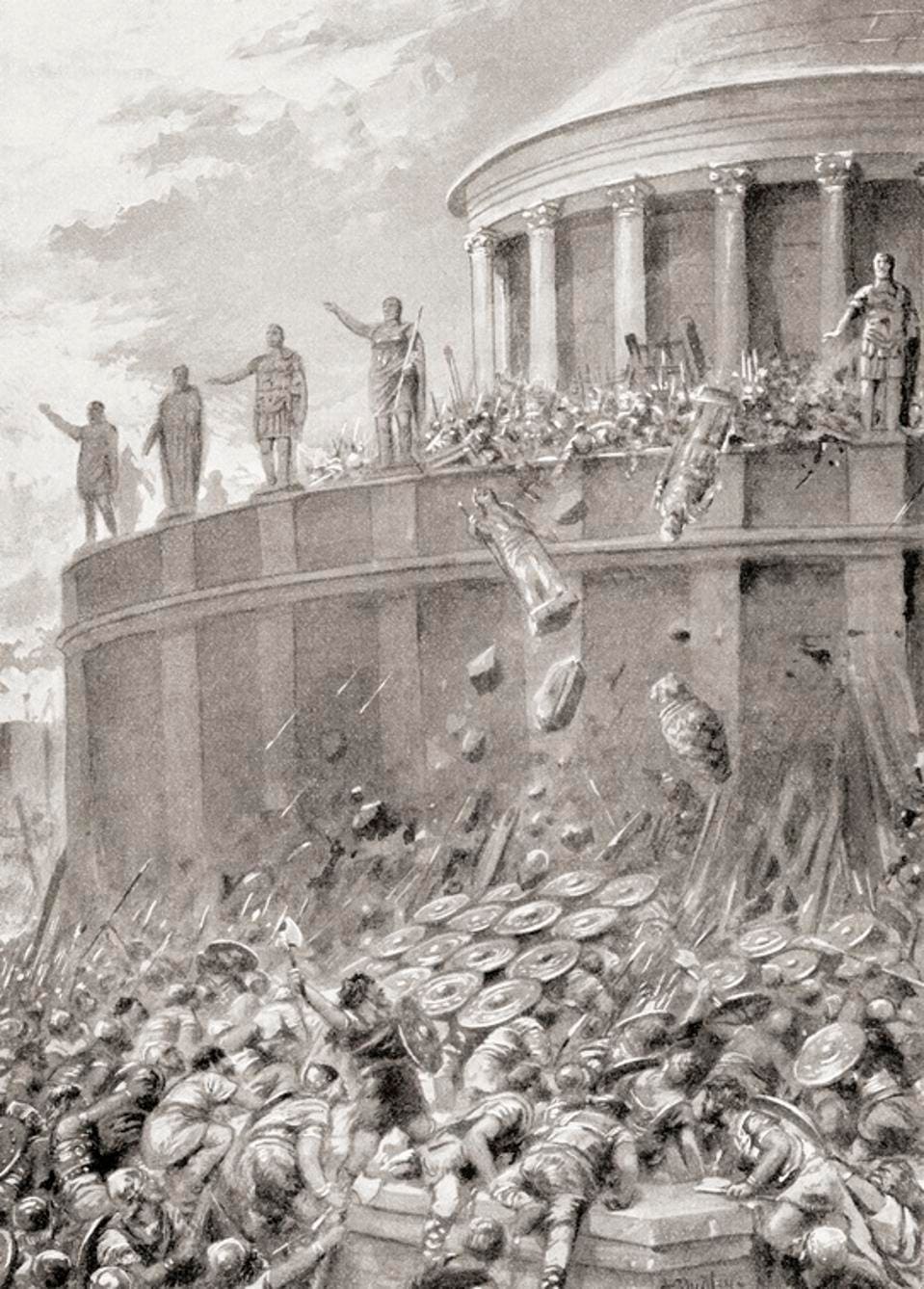 Battles of attrition are defined as those in which opposing forces do not confront each other in direct combat with the full strength of their teams but instead aim to wear each other down over a period of time. Classical free trade is largely voluntary and mutually beneficial to consenting parties. But unilaterally-imposed economic policy sanctions that coerce certain desired patterns of international trade and economic exchange may be cast as attempts to win a battle of attrition.

The latest headlines on the attrition front from Germany, the epicentre of the continent’s unsettled energy geopolitics after the launch of Western sanctions on Russia, seem incredible at first sight. It was only about a month ago when what seemed a dumbfounding report by Deutsche Bank predicted that “wood will be used for heating purposes where possible.” The Business Insider headlined its column “Germans could switch to wood this winter to heat their homes as Russia withholds natural gas, Deutsche Bank says”.

Last week, Bloomberg’s Javier Blas tweeted with his “chart of the day” showing Google GOOG searches for firewood (“Brennholz”) surging in the past two months as Germans increasingly realize that firewood (yes, firewood!) might stand between them and a freezing winter with electricity rationing “as the country braces for natural gas shortages”. Germany’s citizens — living in the world’s pre-eminent engineering nation with its flagship BMWs and Audis in manufacturing, its world leading petrochemical sector typified by behemoth BASF and much else besides — face the prospects of surviving winter as their forebears did over 2 centuries ago, huddling around a firewood hearth. Never mind that many of them including their leaders actually belief Greta-like that continued use of fossil fuels will lead to planetary damnation (in 12 years or at mid or end of the century along a spectrum of climate alarmism).

Russia vs “the West”

A few days after the launch of Russia’s “special military operations” in eastern Ukraine on 24th February, the U.S., U.K. and the European Union along with their closest allies (Australia, Canada, Japan, South Korea, and a few other countries) imposed the most wide-ranging economic blitzkrieg on a sovereign nation since the Second World War. The sanctions launched on Russia were meant to devastate the Russian economy and force President Vladimir Putin to sue for peace on Ukraine’s terms or even engender regime change.

Russia responded with a “roubles for gas” scheme for “non-friendly” countries (i.e. those participating in the sanctions) as a prototype for all of Russia’s major commodity exports to a hostile Western alliance. In the days after the sanctions, Russia’s rouble fell to almost half of its pre-invasion levels, its stock market was shut, and its central bank jacked up interest rates to contain the fallout. Contrary to expectations and President Joe Biden’s boast of collapsing the ‘rouble to rubble’ however, the currency soon recovered sharply. It strengthened to its highest levels in 7 years while the country’s current account surplus surged to record levels by May.

This was due only in part to the Russian central bank’s actions limiting currency outflows and raising interest rates. It was primarily an outcome of the surge in the global prices of fossil fuels and industrial commodities which constitute the major commodity exports of the country. According to a Reuters report yesterday, higher oil export volumes, coupled with rising gas prices, will boost Russia’s earnings from energy exports to $337.5 billion this year, a 38% rise on 2021, according to an economy ministry document seen by the newswire.

The IMF’s latest World Economic Outlook issued in late July slashed growth forecasts for almost every country but upgraded Russia’s economic forecast. Russia is still expected to contract 6% this year although this is a substantial improvement from the IMF’s April negative 8.5% forecast.

While there was some fall-off in energy exports to the Western countries, China and India rapidly increased their energy imports from Russia at discounted prices. While China is in talks with Russia to buy oil to replenish its strategic reserves according to Bloomberg, India has been refining cheaper Russian crude to then export as petroleum products to Europe and the US.

In an irony that will not be lost to observers of European affairs, Robin Brooks, Chief Economist at the Institute of International Finance, says that the West is “paying a high price” for denying Russian energy to itself, although EU “exemptions” to sanctions are multiplying. Meanwhile, Russia’s financial conditions now are almost as relaxed as before the war.

He also notes that the German current account surplus “is back to levels last seen in the early 2000s, when Germany was the ‘sick man’ of Europe” adding that Germany is “sick again now” having had a growth model that was “heavily predicated on cheap Russian energy”. The Nordstream-1 gas pipeline — Germany’s main gas supply artery — running at 20% level of normal supply and the resulting Eurozone energy price shock — is Putin’s grapple-hold across the throat of Europe threatening “catastrophic industrial shutdowns” and mass layoffs.

Russia’s citizens, while poorer, do not seem to be doing so badly relative to their German neighbours. Retail spending at cafes, bars, and restaurants is doing fine. Well-heeled Muscovites might miss their I-phones and Gucci handbags under sanctions and voluntary exits by publicity-conscious Western corporations. But ordinary citizens are certainly not searching for firewood this winter or worried about being able to have hot baths.

The battle of attrition between the G-7 and Russia continues as the US Secretary of State Antony Blinken recently went on “a charm offensive in Africa to regain the US popularity which was lost ostensibly during the Trump administration, and to counter the attempts from Russia to get more African countries on their side.” In pointed remarks to the press with Mr. Blinken sitting at her side, South African Foreign Minister Naledi Pandor said that she objected to “patronizing bullying” coming from the West: “Because when we believe in freedom – as I’m saying, it’s freedom for everybody – you can’t say because Africa is doing this, you will then be punished by the United States…. One thing I definitely dislike is being told ‘either you choose this or else.’”

Making the same point more diplomatically, India’s External Affairs Minister Dr S. Jaishankar said in a June conference when he took questions from an audience: “I am one-fifth of the world’s population. I am what today the 5th or 6th largest economy in the world… I feel I am entitled to have my own side. I am entitled to weigh my own interests, and make my own choices. My choices will not be cynical and transactional. They will be a balance of my values and my interests. There is no country in the world which disregards its interests.”

In a speech delivered yesterday in Bangkok when attending a India-Thailand Joint Commission meeting, the minister defended India’s crude oil imports from Russia. He referred to the surge in energy prices across the world due to the Russia-Ukraine war and said: “We have been very open and honest about our interest. I have a country with a per capita income of USD 2000, these are not people who can afford higher energy prices. It’s my moral duty to ensure the best deal.”

In a blistering article last week headlined “Washington has only itself to blame for growing de-dollarization trend”, China’s Global Times stated: “The thought the US may move to grab anybody’s assets who refuses to obey Washington’s dictates is truly unnerving, which is now inducing more countries to diversify their reserve assets away from US dollars.” Russia, China and India have been engaged in efforts to facilitate trade via the use of their national currencies and a potential BRICS basket as the basis of commodity trade among those outside the Western alliance.

Potential future members of the BRICS bloc such as Saudi Arabia, the United Arab Emirates, Iran, Indonesia, Nigeria and Thailand have made clear — either overtly or by their neutrality in trade and diplomatic relations with Russia and the West – that they will not “pick sides” as India’s Dr. Jaishanker put it. There is little reason to believe that the EU or the US can browbeat developing countries to join in the anti-Russia sanctions.

Financial and trade sanctions on Russia by Western protagonists has led to an economic battle of attrition the results of which remain uncertain and far-reaching. It looks increasingly likely that Russia will achieve at least its immediate goals in the military battlefield in the eastern and southern parts of Ukraine, albeit at great cost of men and materiel. Yet the costs of the Western economic sanctions on Russia which have boomeranged are far more consequential to people’s lives and livelihoods around the world.

The Western alliance, led by the US under the Biden administration, offers no prospects for a negotiated solution to the Russia-Ukraine conflict as called for by Henry Kissinger at the Davos conference in May. Indeed, the mainstream media and Western political leaders have continued escalating the narrative of a Russian military defeat with a seeming endless supply of funds and arms by the Biden administration to Ukraine.

Pensioners and poorer sections of society across Western Europe and the UK, unable to afford skyrocketing heating and electricity bills, will be the most affected proximate victims. But even worse injuries to people’s lives and livelihoods will be among the vast populations of the developing countries that live in poverty or on the edges of it. The surge in the price of food, fertilizer and fuel as a result of the sanctions will punish the far-flung innocent poor the most.

UN official at WEF: ‘We own the science & we think that the world should know it’ so ‘we partnered with Google’ to ensure only UN climate results appear 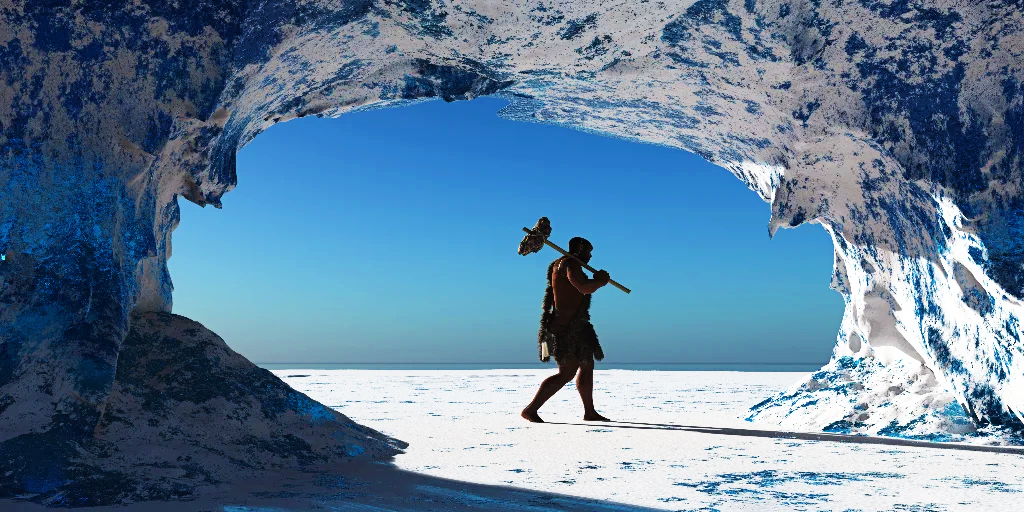 What Is Milankovitch Theory, What Is It Not, And What Can We Learn from It?