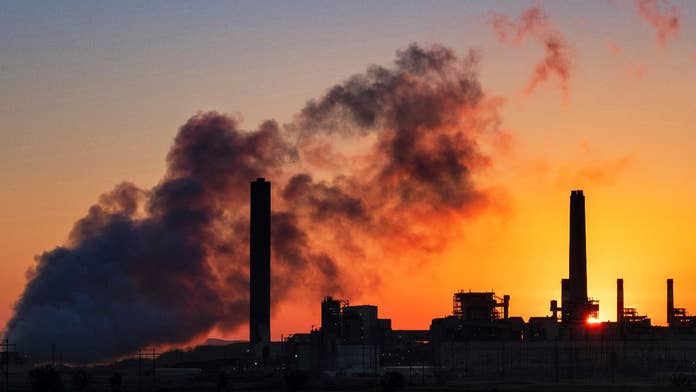 If history is any guide, it will not. Many similar predictions have been made in the past, but they came and went without tragedy.

Here are the five worst predictions made about 2020 that failed to pan out.

In 1990, The Washington Post reported in a front page story: “Carbon dioxide is the gas most responsible for predictions that Earth will warm on average by about 3 degrees Fahrenheit by the year 2020.”

The outlet further warned: “The United States, because it occupies a large continent in higher latitudes, could warm by as much as 6 degrees Fahrenheit.”

Elliott Negin, a spokesman for the Union of Concerned Scientists, declined to comment.

The latest UN IPCC report, AR5, however, addresses the issue of whether their models were accurate. (The UN predictions differed from the 1990 Washington Post ones, which did not cite its source.)

The latest UN report shows that current temperatures are just within the UN’s old predictions made in 1990, but acknowledges that actual temperatures came in “on the lower end” of expectations.

The UN report partly credits a 1991 volcanic eruption in the Philippines for the lower-than-expected warming, and says the new models account for volcanoes.

The UN now predicts a rise of about 2 to 5 degrees Fahrenheit from today to the year 2100.

The New York Times reported in 1989 that “untapped pools of domestic oil are finite and dwindling,” and that “William Stevens, the president of Exxon U.S.A., said … by the year 2020 there would not be enough domestic oil left ‘to keep me interested.'”

But doomsayers underestimated American ingenuity, and the opposite happened. Both U.S. oil output and U.S. proven oil reserves are dramatically higher now than they were in 1989, thanks to technology allowing deeper oil to be discovered and extracted.

New technology in natural gas (“fracking”) also allowed the U.S. to become an energy independent net oil exporter for the first time in 75 years in 2018.

Reached by phone, Phillip Shabecoff, the former New York Times reporter who covered the disappearing oil in 1989, said that the Exxon CEO’s 2020 prediction was off.

“I’m not Nostradamus,” he said, adding, “it’s what the Exxon CEO said. He obviously did not anticipate the new fracking and gas technology. At the time the Permean Basin was being drained dry, so he had every reason to believe we were running out of oil,” Shabecoff said.

“People only think about how can we solve things with current technology. They underestimate human ingenuity,” he said.

Shabecoff said that “unfortunately, human ingenuity is often undermined by political ideology and greed, so we have not been able to bring human ingenuity to bear on urgent questions like climate change.”

“It’s now estimated that by the year 2020, there will be no glaciers of Mt. Kilimanjaro,” Christian Lambrechts, an officer at the U.N. Environment Program, told CNN in 2003.

The Associated Press also reported in 2007 that “in 2001, [glaciologist Lonnie] Thompson predicted the snows of Mount Kilimanjaro in Tanzania would disappear within the next 20 years.”

But today, Kilimanjaro’s glaciers are still there, according to a 2019 paper in the Journal Ecology and Evolution that includes photos and a new timetable: “most of glaciers on Kilimanjaro … will most likely disappear within 25 years.”

Lonnie Thompson defended his prediction and said it was a bit different from how the AP summarized it. “My prediction was that there would be no glaciers, and that is true,” he told Fox News by phone.

“What we have now are ice bodies. The definition of a glacier is ice in motion. To be ice in motion, you have to have an accumulation zone. There’s been no recent accumulation. There are no glaciers on Kilimanjaro,” he said.

Asked about the study calling the current snow on the mountain “glaciers”, he said: “Sometimes people get caught up in semantics. The fact is all the glaciers in the tropics are disappearing.”

4. A billion people will starve due to missing the tech revolution

In 2000, Discover Magazine published a largely spot-on list of predictions about 2020.

But it missed big when predicting a “grisly reality” of tech-caused inequality: “For [virtual reality pioneer Jaron] Lanier, the most heartbreaking scenario is festering in the third world, where, he believes, the current generation … will be lost in the next techno-revolution … ‘You’re going to have to somehow live while you watch a billion people starve…'”

But from 2000 to 2020, global extreme poverty fell by about a billion people, according to the World Bank, as technology connected the world and allowed people in developing nations to access capital, production know-how, and aid from developed countries.

Lanier told Fox News that his prediction was really more about how poverty would be “more in your face” due to technology and said that the developing world could still collapse by, say, 2030.

“It is true that poverty has fallen… but the developing world is headed towards a reckoning. I still worry about Lagos [Nigeria] in 2030. Look at the population projections. Where will the water come from?…” he said.

“I’ll stand by what I said for now, but I still hope to be proven wrong,” he added.

Reuters newswire ran this headline in 1997: “‘Millions will die’ unless climate policies change.”

The report said 8 million people would die by 2020, citing a prediction in the Lancet medical journal.

The mass death prediction was clearly way off.

“None of these predictions came true, and aren’t even close to coming true,” said Roy Spencer, a climatologist at the University of Alabama in Huntsville. “It’s amazing that the public can continue to believe apocalyptic predictions despite a 95 percent decline in weather-related deaths in the last 100 years.”

“They say climate change causes everything. Some people try to pin the war on Syria on climate change, and then say when all those people die, that’s because of climate change. They have a secondary agenda,” Tupy said.

The five predictions highlighted here join a host of similar failed predictions for 2010 and 2015 that Fox News tracked.

Tupy said that an overly negative view of humanity may be one cause of the bad predictions.

“Humans are not a curse upon the planet, but are actually a benefit, because we are problem-solvers. We are creators, not destroyers, on average.”

“When people ask you when was the best time to be alive – the answer is, tomorrow,” he added.

Maxim Lott is executive producer of Stossel TV and creator of ElectionBettingOdds.com. He can be reached on Twitter at @MaximLott