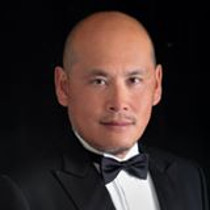 A highly qualified and experienced climate modeler with impeccable credentials has rejected the unscientific bases of the doom-mongering over a purported climate crisis.  His work has not yet been picked up in this country, but that is about to change.  Writing at the Australian site Quadrant, Tony Thomas introduces the English-speaking world to the truth-telling of Dr. Mototaka Nakamura (hat tip: Andrew Bolt, John McMahon).

There’s a top-level oceanographer and meteorologist who is  prepared to cry “Nonsense!”on the “global warming crisis” evident to climate modellers but not in the real world. He’s as well or better qualified than the modellers he criticises — the ones whose Year 2100 forebodings of 4degC warming have set the world to spending $US1.5 trillion a year to combat CO2 emissions.

The iconoclast is Dr. Mototaka Nakamura. In June he put out a small book in Japanese on “the sorry state of climate science”. It’s titled Confessions of a climate scientist: the global warming hypothesis is an unproven hypothesis, and he is very much qualified to take a stand. From 1990 to 2014 he worked on cloud dynamics and forces mixing atmospheric and ocean flows on medium to planetary scales. His bases were MIT (for a Doctor of Science in meteorology), Georgia Institute of Technology, Goddard Space Flight Centre, Jet Propulsion Laboratory, Duke and Hawaii Universities and the Japan Agency for Marine-Earth Science and Technology. He’s published about 20 climate papers on fluid dynamics. [i]

Today’s vast panoply of “global warming science” is like an upside down pyramid built on the work of a few score of serious climate modellers. They claim to have demonstrated human-derived CO2 emissions as the cause of recent global warming and project that warming forward. Every orthodox climate researcher takes such output from the modellers’ black boxes as a given.

Dr. Nakamura has just made his work available to the English-speaking world:

There was no English edition of his book in June and only a few bits were translated and circulated. But Dr Nakamura last week offered via a free Kindle version his own version [sic] in English. It’s not a translation but a fresh essay leading back to his original conclusions.

And the critique he offers is comprehensive.

(AT just published the story of Canada’s Environment Agency discarding actual historical data and substituting its models of what the data should have been, for instance.)

Now Nakamura has found it again, further accusing the orthodox scientists of “data falsification” by adjusting previous temperature data to increase apparent warming “The global surface mean temperature-change data no longer have any scientific value and are nothing except a propaganda tool to the public,” he writes.

The climate models are useful tools for academic studies, he says. However, “the models just become useless pieces of junk or worse (worse in a sense that they can produce gravely misleading output) when they are used for climate forecasting.” The reason:

I myself used to use climate simulation models for scientific studies, not for predictions, and learned about their problems and limitations in the process.

Climate forecasting is simply impossible, if only because future changes in solar energy output are unknowable.  As to the impacts of human-caused CO2, they can’t be judged “with the knowledge and technology we currently possess.”

Other gross model simplifications include

# A complete lack of meaningful representations of aerosol changes that generate clouds.

# Lack of understanding of drivers of ice-albedo (reflectivity) feedbacks: “Without a reasonably accurate representation, it is impossible to make any meaningful predictions of climate variations and changes in the middle and high latitudes and thus the entire planet.”

# Arbitrary “tunings” (fudges) of key parameters that are not understood

I want to point out a simple fact that it is impossible to correctly predict even the sense or direction of a change of a system when the prediction tool lacks and/or grossly distorts important non-linear processes, feedbacks in particular, that are present in the actual system …

… The real or realistically-simulated climate system is far more complex than an absurdly simple system simulated by the toys that have been used for climate predictions to date, and will be insurmountably difficult for those naïve climate researchers who have zero or very limited understanding of geophysical fluid dynamics. I understand geophysical fluid dynamics just a little, but enough to realize that the dynamics of the atmosphere and oceans are absolutely critical facets of the climate system if one hopes to ever make any meaningful prediction of climate variation.

Solar input, absurdly, is modelled as a “never changing quantity”. He says, “It has only been several decades since we acquired  an ability to accurately monitor the incoming solar energy. In these several decades only, it has varied by one to two watts per square metre. Is it reasonable to assume that it will not vary any more than that in the next hundred years or longer for forecasting purposes? I would say, No.”

There is much, much more. Read the whole thing.

But who are you going to believe: a superbly qualified Japanese scientist or a Swedish teenager with mental issues?

Europe is switching back to coal to survive bleak winter