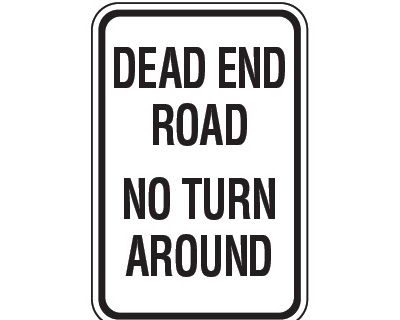 Often I have referred to the situation that the UK, Germany, California and others have set themselves up for as “hitting the green energy wall.” But now that the UK has actually gotten there and has begun to deal with the consequences, I’m not sure that “hitting the wall” is the best analogy. A better analogy might be “driving into the green energy cul-de-sac.” After all, when you hit a wall you can probably just pick yourself up and turn around and be on your way. In the cul-de-sac you are trapped with no evident way of getting out. You might be in there for a long time.

This is where the UK finds itself today. For well more than a decade, they have been aggressively and intentionally pursuing the green energy fantasy. The Net Zero emissions target was made mandatory by legislation in 2019. They have built hundreds of wind turbines and solar panels, while at the same time closing almost all of their coal mines and coal power plants. That has left them largely dependent on natural gas to back up the intermittent renewables. They have plenty of natural gas right under their feet in a large shale formation, but for years they dithered about allowing fracking to produce the gas, and then in 2019 they imposed a blanket moratorium on fracking. With production from their North Sea gas fields declining, they must buy gas on the European market. And although they don’t buy much gas directly from Russia, the European market has been driven to great heights by the cutoff of Russian supplies. Result: average annual residential energy bills in the UK, which were around £1000 as recently as earlier this year, went up to about £3000 this month, and have been projected to go as high as £5000 by this coming April absent some sort of government intervention.

And only now has it become apparent that there is no good exit strategy. That would be true even if everyone in the UK were on board with exiting from the green energy delusion, but of course that is not the case either. For years they have been prohibiting the things they have needed to do to maintain a low-cost energy system, and now they are facing years if not a decade or more to get back to where they were.

Here’s the comment of the CEO of Scottish Power, Keith Anderson, quoted in the Express: “In 2016 we made the decision to close Longannet after over 40 years of generation. This step marked our commitment, and that of our parent company Iberdrola, to decarbonise the economy. This commitment has been strengthened time and again over the past five years – two years after Longannet’s closure we closed our remaining coal plants and sold our gas business, making us the first integrated energy company in the UK to generate 100% green electricity.” Such virtue Keith! The Express (February 2021) adds: “Longannet, which closed in 2016, was Scotland’s largest coal-fired power station and had been generating power since 1970. The station was capable of producing enough electricity to power two million homes each year.”

Here’s one more idea: hand out hundreds of billions of pounds of subsidies to utilities to bring the costs to households down below the £5000 annually otherwise projected. This will assure that the private sector has no incentive at all to work to alleviate the crisis, and that the crisis persists essentially forever, as public debt explodes. Of course, this is the “solution” they are actually putting into place.

So they are in a cul-de-sac. And on top of everything else they can’t even muster a solid political majority for trying to get out. A substantial bloc of what they call the “Green Tories” continues to advocate for doubling down on the green fantasies. From the Evening Standard, October 29:

Green Tory MP Nadine Dorries condemns Rishi Sunak for not attending COP27 summit. . . . Ms Dorries said on Twitter it was wrong for Mr Sunak not to attend because global warming was one of the “biggest crises facing our planet”. . . . “Global warming is the biggest crisis facing our planet and net zero creates many 1,000s of jobs, which is good for the economy. COP in Glasgow was most successful ever … but don’t expect media to report that.”

The other significant parties — Labour, Lib Dems, Scottish National Party — are all in for Net Zero. It’s going to be a long, long time before the UK can work its way out of this mess.