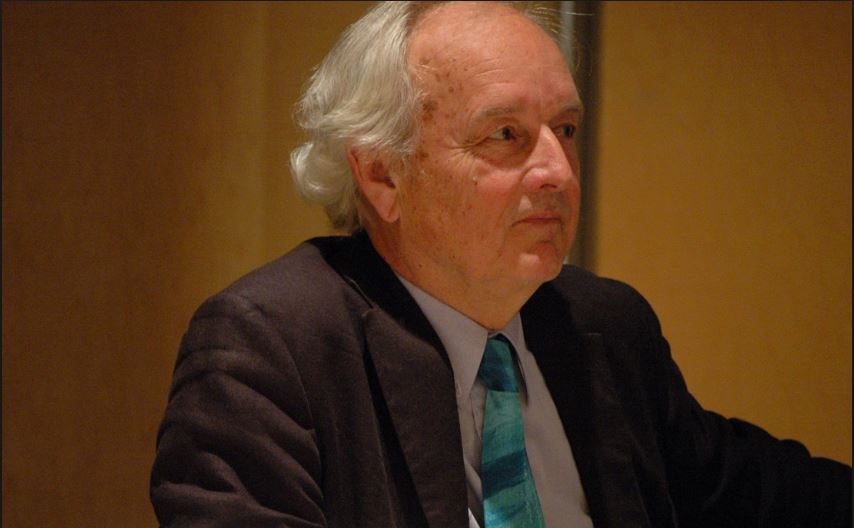 The United Nations Intergovernmental Panel on Climate Change (UN IPCC) is misleading humanity about climate change and sea levels, a leading expert on sea levels who served on the UN IPCC told The New American.

Conservative Party leader Cory Bernardi has long called out the whole myth of fighting climate change as a dangerous UN cult saying nothing we do to mitigate climate change can make any appreciable difference.

In fact, it is more likely that sea levels will decline, not rise, explained Dr. Nils-Axel Mörner (pictured), the retired head of the paleogeophysics and geodynamics at Stockholm University.

A new solar-driven cooling period is not far off, he said.

But when Mörner tried to warn the UN IPCC that it was publishing false information that would inevitably be discredited, they simply ignored him.

And so, dismayed, he resigned in disgust and decided to blow the whistle.

Asked if coastal cities such as Miami would be flooding due to sea-level rise caused by alleged man-made global warming, Mörner was unequivocal: “Absolutely not.”

“There is no rapid sea-level rise going on today, and there will not be,” he said, citing observable data. “On the contrary, if anything happens, the sea will go down a little.”

The widely respected scientist, who has been tracking sea levels in various parts of the globe for some 50 years, blasted those who use incorrect “correction factors” in their data to make it appear that seas are rising worldwide. That is just wrong, he said.

Indeed, even speaking of something called “global sea level” is highly misleading, the expert explained.

“It is different in different parts of the world,” Mörner said, noting that sea levels can rise in one part of the world and decline in another depending on a variety of factors.

For instance, the interview took place right next to an 18th-century Baltic sea-level marker in Saltsjöbaden near Stockholm that showed the Baltic sea level at the time it was made.

Because the ground is rising, the marking is now higher up from sea level than it was when it was made. Mörner has personally been measuring and tracking sea levels in equatorial regions of the world — Bangladesh, the Maldives, Southern India, New Caledonia, Fiji, and beyond.

Mörner’s conclusion is that solar activity and its effects on the globe have been the “dominant factor” in what happens to both the climate and the seas.

Meanwhile, the UN claims the current changes in climate and sea level are attributable to human emissions of carbon dioxide (CO2).

Man’s emissions of this essential gas, required by plants and exhaled by people, makes up a fraction of one percent of all so-called greenhouse gases present naturally in the atmosphere. “Absolutely not,” Mörner said about the CO2 argument, noting there was “something basically sick” in the blame-CO2 hypothesis. “CO2, if it has any effect, it is minute — it does not matter. What has a big effect is the sun.”

Obviously, while he was serving on the UN IPCC, Mörner tried to warn his colleagues on the UN body that the politically backed hypothesis about CO2 driving temperature changes, and the subsequent claims regarding dangerous sea-level rise, were totally incorrect.

“They just ignored what I was saying,” he recounted. “If they were clever — if they had facts on their hands — they could show that, ‘no, you’re wrong.’ But that is not the case. They just will not discuss it. I will try to discuss it. I will show with their own data that they are wrong. Because in science, we discuss. We don’t forbid or neglect.”

When asked about the frequently repeated (and easily debunked) claims of an alleged 97-percent consensus supporting the man-made global-warming hypothesis, Mörner said it was simply not true — and even if it were, it would be irrelevant.

“Why does anybody say something when it is not correct?” he asked. “They say it because they have applied excellent lobbyists. They are working with lobbyists in their hand; ‘say this, do that.’ We don’t do that.” In the field of physics, Mörner estimated that 80 to 90 percent of physicists know the hypothesis is wrong. And among geologists and astronomers, he said probably 80 percent know it is wrong.

“They claim that there are 97 percent who are for it,” Mörner said. “I claim that it is 97 percent of scientific facts against them.”

Quoting Galileo, the 80-year-old Swedish scientist also slammed the shady tactics used by climate alarmists and the lobbyists they work with to suppress the real facts and demonize those who contradict their alarmist narrative. “If you write an excellent paper in a peer-reviewed journal, but they don’t like it, they write to the journal and tell them they cannot write things like that, it’s against the general consensus,” said Mörner, who has published hundreds of peer-reviewed papers on a wide range of scientific subjects. “They even put those journals on a black list. This is a shady thing going on. We don’t work like that in real science.”

Instead of science, Mörner suspects that the behind-the-scenes promoters of the man-made warming hypothesis have dark, ulterior motives. “I think the ultimate thing is that they want a government for the whole globe, and that is a weird idea,” Mörner said, criticizing the Rockefeller dynasty and global efforts to keep developing countries from developing under the guise of saving the climate. “This is the hope of controlling everything. It is autocracy. It is really bad. Nobody should rule like that. But everybody has had these strange dreams — small countries of being larger, and empires wanting to be super-empires, and then they collapse. We have a whole history full of that. This globalism is a dangerous thing.”

By putting so much emphasis on climate alarmism and the alleged dangers of CO2, meanwhile, Mörner said the UN has diverted resources and attention away from “all the real problems” of the world that really do exist. “This is a terrible thing, this is the terrible thing,” he said. It is especially sad because “the world is full of real problems” such as hunger, starvation, killings, natural disasters, diseases, and so much more, he said. Yet because of the incessant focus on demonizing CO2 and trying to control “climate,” those very real problems get ignored.

Speaking of the UN’s “climate” process, Mörner was pleased with Trump’s actions so far, which include announcing that the U.S. government would be withdrawing from the highly controversial UN Paris Agreement. He urged the Trump administration to “forget about” the whole UN climate agenda “because that is nonsense, and you have very carefully and cleverly understood that.” However, he also urged Trump to be empathetic and willing to discuss the climate issue. “It is very simple for us to discuss it, because we really have the facts, they have their models,” Mörner said. “And facts are better than models.”