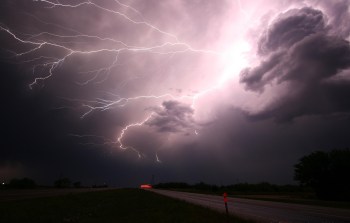 By Christopher Monckton of Brenchley

In the increasingly vain hope of success in flogging the dead horse Global Warming, revisionists are increasingly trying to pretend that climatologists’ original predictions of doom were accurate.

Here, I shall take a further look at the single most important prediction of them all: IPCC’s prediction of medium-term warming from 1990-2025 in its First Assessment Report.

Here, for instance, is one comment, in a manner all too typical of the New Faithful:

In the posting, I had published several graphs, only three of which were my own compilation. Contrary to the false allegation that I had “refused to share the data … and code”, I can now publicly confirm that I had previously received no request from or on behalf of Mr Mosher, or of anyone else, for any data or code connected with my posting.

Since Mr Mosher knew perfectly well that he had made no such request, and had caused no such request to be made on his behalf, and has not been in touch with me since my posting appeared, we may legitimately infer that his allegation that I “refuse” to share my material was a deliberate falsehood.

Such dishonest conduct is, alas, all too characteristic of the Thermageddonites as they panic in response to mother nature’s refusal to respond in accordance with their absurd over-predictions, and their creed collapses in festering ruins around them.

The first of my three graphs showed the simple mean of three monthly global mean temperature anomaly datasets from 1990-2018. The chart is plainly labeled showing that the three datasets were HadCRUT4, NCEI and GISS. The data are shown as a spline-curve. The least-squares linear-regression trend on the data was also plotted, showing that the period observed warming trend was equivalent to 1.85 C°/century.

Contrast this with IPCC’s midrange prediction of medium-term warming equivalent to about 3 C°/century, which is nearly twice as much. Give that prediction a Fail.

The second chart showed the UAH monthly global lower-troposphere temperature anomalies and 1.3 C°/century equivalent least-squares linear-regression trend over the same period, again compared with IPCC’s “confident” but failed 3 C°/century-equivalent prediction from 1990. Not only did the heading on the graph state explicitly that the data were from UAH: the unique resource locator for the data was given, in full, on the graph itself. Had Mr Mosher wished to verify the data, he had merely to follow the published link.

The facsimile above is from page xxii. A more precise medium-term prediction than “about 0.3 C° per decade” is given on page xxiv:

Here Mr Mosher will need the assistance of his kindergarten mistress, for some elementary arithmetic is necessary. We begin with the assumption that temperature in 1850, when the HadCRUT4 record began, was about the same as it had been in the IPCC (1990) preindustrial reference year 1750, as the data from the only regional dataset available for that period (Central England) tend to confirm.

My third graph, reproduced below, was captioned as it is here.

The 3.35 K CMIP5 midrange Charney-sensitivity prediction is the mean of the midrange estimates in 15 models of the fifth generation of the Coupled Model Intercomparison Project, given in Andrews et al. (2012). The 4.05 K midrange CMIP6 prediction is the mean of 21 models of the CMIP sixth generation, dated September 2019. Each of these 21 models was listed by name and quantity in my posting.

The 0.75 K global warming from 1850-2011, the year to which IPCC updated all its forcing data in time for its 2013 Fifth and most recent Assessment Report, is of course taken from HadCRUT4, the only dataset that goes back that far.

Though it is not generally realized, it is possible to use observational data such as these to derive directly the holy grail of climate-sensitivity studies, Charney sensitivity, which is the warming in response to doubled CO2, after all short-acting feedbacks have operated and the climate has returned to equilibrium. We don’t really need the models any more, because we have enough data. The method is set out (though defectively proved) in Lewis & Curry 2015.

The realized forcing, the difference between the total and unrealized forcings, was about 1.87 W m–2. Since the official midrange realized forcing and resultant warming are known (subject to the usual uncertainties), the equilibrium-sensitivity parameter is instantly derivable: it is simply 0.75 / 1.87, or 0.4 C° W–1 m2. The product of this value and the 3.45 W m–2 CO2 forcing (the mean of 15 CMIP5 models’ midrange estimates: Andrews 2012) is 1.4 C°. There or thereby, and not the currently-predicted 4.1[3.0, 5.2] C°, is the true Charney sensitivity. And, since the midrange anthropogenic forcing predicted for the 21st century is about the same as the CO2 forcing, 1.4 C° and not 4.1 C° is the warming we can expect this century, and only that on the generous assumption that all warming since 1850 was anthropogenic. Not exactly a crisis.

The 3 C° midrange Charney sensitivity predicted in IPCC (1990) was thus double the 1.4 C° that real-world evidence since then shows it should be, and the CMIP6 models’ currently-predicted 4.1 K is thrice what it should be.

At this point Zeke Hausfather, a longtime champion of the Party Line on climate and lead author of the paper purporting to demonstrate that the models had not exaggerated, weighed in, saying that his paper was showing how good the simple energy-balance model was, and not how good the general-circulation models were. In effect, he is saying that the predictions I have cited above from IPCC (1990) were based only on a simple energy-balance model and not on the general-circulation models.

That energy-balance model (green), as Hausfather’s own supplementary material shows, predicted 0.26 C°/decade, not 0.34 C°/decade, in the medium term:

A question arises. If the energy-balance model (EBM: green in the above reproduction from Hausfather’s supplementary matter) on which IPCC (1990) based its headline predictions itself predicted only 0.26 C°/decade global warming over the decades from then until now, why on Earth did IPCC (1990: purple line, omitted from Hausfather’s original diagram), on the basis of the EBM, say that the warming from then until now would amount to 0.34 C°/decade, precisely in line with the general-circulation models (GCMs: red) that Hausfather says it did not use?

Now you will see why I have taken the trouble to produce facsimiles of what IPCC actually predicted in 1990. For Hausfather’s revealing supplementary material shows that in 1990 it was the general-circulation models, not the energy-balance model, that predicted the 0.34 C°/decade medium-term warming that IPCC chose as its midrange prediction.

Yet his comment in response to my refutation of his paper maintains that IPCC’s headline medium-term prediction, which, as I have shown, was 0.34 C°/decade, was based on the energy-balance model:

“The Summary for Policymakers of the IPCC First Assessment Report only featured the simple energy-balance model. … The main text of our paper focuses on the primary projection featured in each IPCC report, at least before the Fourth Assessment Report.”

This episode nicely illustrates the problem we are dealing with. It is very easy for the New Faithful to recite their key mantras in the most naïve terms, whereupon their echo-chamber in the Marxstream media dutifully and unquestioningly regurgitates whatever nonsense they preach.

Here, for instance, is an extract from a posting entitled Beaten Down By Science, Deniers Turning To Science Fiction To Scare Their Followers, published at a notorious Communist website:

“… a post by Christopher Monckton … takes a swipe at a paper in Geophysical Research Letters that shows … that climate models from before the year 2000 have done a fine job simulating actual temperatures.”

The models, whether EBM or GCM or CMIP or IPCC, haven’t done a fine job. They’ve grossly over-predicted, particularly if, as I do, you reckon that the UAH temperature record (pale blue in the diagram) is the only one that remains honest. Now you have the facts.

To refute nonsense such as that which has been exposed here takes time and effort, and it is just sufficiently complicated to bore most people rigid. Then the New Faithful come back with childish, drive-by comments such as that of Mr Mosher and of the Communist website. Refuting these, too, requires time and effort so that the objective truth is eventually re-established.

Much of what passes for “climate science” is just like what I have exposed here: disingenuous at best and downright dishonest at worst. If Mr Trump wins this year’s election, he will set up the red team/blue team enquiry, under a retired Federal Appeal Judge, of which the liars and fraudsters are so visibly terrified, and with which they have hitherto leaned very heavily upon him not to proceed.

Rules of evidence will be followed. Each side will be able to present its own case and cross-examine its opponents. A proper hearing of both sides using the courts’ formal rules of procedure is perhaps the only way to prevent the serial disingenuousness and dishonesty that I have highlighted here, and to fix in place the goalposts of objective truth.

The sooner the better. Australia has lost much of its flora and fauna because for decades environmental extremists had let out the water from the dams, prevented new dams from being built, and savagely punished – with fines up to AUS$400,000 a time – those who had cleared the scrub from their land precisely to prevent the bushfires that have now done such damage.

Meanwhile, one in six of the world’s population dies 15-20 years before his or her time because there is no electrical power, and because nearly all of the world’s intergovernmental, central and merchant banks, citing global warming as their pretext for inaction, refuse to lend for urgently-needed coal-fired power stations.

The Thermageddon cult is thus a cult of death. Thanks to the vicious policy of refusing to lend for coal-fired power where it is desperately, urgently needed, there are perhaps one or two Holocausts of the powerless every year. By now, all or nearly all of those premature deaths could have been prevented by the universal availability of affordable, continuous, reliable, easily-maintainable, base-load, coal-fired electricity.

Nothing so rapidly, so securely and so permanently lifts a suffering third-world population from poverty, disease and premature death as universal access to electrical power. This is the first generation in which the outright eradication of primary poverty has become possible. The chief obstacle to the realization of that noble ambition is not climate change. It is wicked policies ostensibly intended to prevent it, based on exaggeration piled upon equivocation.

Given the brutal consequences for life, health and well-being driven by this cruel, hate-filled cult’s dishonest promotion of the central falsehood that small warming will do large damage, the truth being that even large warming would do much good, perhaps it is time to begin considering whether every dishonesty and fraud calculated to increase public support for, or to profiteer from, climate extremism should be prosecuted as an indictable criminal offense akin to conspiracy to commit murder, or perhaps even genocide. Enough is enough.