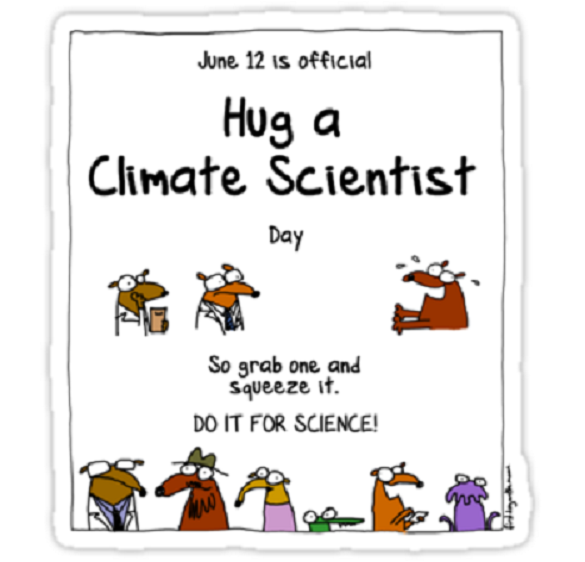 A variety of studies have purported to find an overwhelming consensus among climate scientists on global warming. However, the studies rarely specify what it is to which the scientists agree. Usually it is nothing more than that the earth has warmed since 1800 and that human activity has contributed significantly to the warming—something almost no skeptics would deny. No study—whether a survey of published articles or a survey directly of scientists—has found anything remotely near a 97% consensus not only that the earth has warmed and that human activity has contributed significantly but also that human activity has been the primary driver, that the warming caused by it is dangerous, and that attempting to prevent future warming by reducing CO2 emissions would do more good than harm—and those are the issues debated.

In 2004 Science published the results of a study by historian Naomi Oreskes claiming that “without substantial disagreement, scientists find human activities are heating the earth’s surface.” But an attempt at replicating the study both found that she had made serious mistakes in handling data and, after re-examining the data, reached contrary conclusions. As Benny Peiser pointed out in a letter to Science (Submission ID: 56001) that Science declined to publish but that the Cornwall Alliance summarized in 2006:

Oreskes claimed that an analysis of 928 abstracts in the ISI database containing the phrase “climate change” proved the alleged consensus. It turned out that she had searched the database using three keywords (“global climate change”) instead of the two (“climate change”) she reported—reducing the search results by an order of magnitude. Searching just on “climate change” instead found almost 12,000 articles in the same database in the relevant decade. Excluded from Oreskes’s list were “countless research papers that show that global temperatures were similar or even higher during the Holocene Climate Optimum and the Medieval Warm Period when atmospheric CO2 levels were much lower than today; that solar variability is a key driver of recent climate change; and that climate modeling is highly uncertain.” Further, even using the three key words she actually used, “global climate change,” brought up [not 928 but] 1,247 documents, of which 1,117 included abstracts. An analysis of those abstracts showed that

Peter Doran and Maggie Zimmerman’s “Examining the Consensus on Climate Change” (EOS, January 2009), concluded, “It seems that the debate on the authenticity of global warming and the role played by human activity is largely nonexistent among those who understand the nuances and scientific basis of long-term climate processes.” However, Doran and Zimmerman counted only 79 out of the 3,146 responses to their survey in determining the alleged consensus, and the two questions asked in the survey were framed such that even the most ardent skeptics—like Fred Singer, Richard Lindzen, and Roy Spencer—would have answered “Yes”:

Another study, “Expert credibility in climate change” (PNAS, April 9, 2010), by William Anderegg et al., reported that a survey of publication and citation data of 1,372 climate researchers found that 97 to 98 percent believed that “anthropogenic greenhouse gases have been responsible for ‘most’ of the ‘unequivocal’ warming of the Earth’s average global temperature over the second half of the 20th century.” But Anderegg’s study covered only the 200 most prolific writers on climate change, excluding thousands of others, and even the conclusion that humans caused “most” of the warming doesn’t mean that those scientists consider global warming a crisis or that we should spend trillions of dollars attempting to stop it.

Probably the most widely cited study claiming to find such consensus, John Cook et al.’s “Quantifying the Consensus on Anthropogenic Global Warming in the Scientific Literature,” purported to find that “Among abstracts expressing a position on AGW, 97.1% endorsed the consensus position that humans are causing global warming.” Of course, “Humans are causing global warming” is something that nearly every skeptic—including myself—could affirm. The question is not whether we’re causing global warming, but whether we’re causing most of the recent warming, whether it’s dangerous, and whether we should abandon abundant, affordable, reliable energy from fossil fuels in exchange for sparse, expensive, intermittent energy from “renewables” in an effort to stop it. Cook et al.’s paper was critiqued in another paper by David Legates et al., who reviewed the same papers Cook et al. had reviewed and concluded that the actual consensus supportable by their abstracts was only 0.3%.

Legates et al. critiqued only Cook et al.’s statistical methodology and methods of interpreting the literature, not the quality of the selection process by which Cook et al. determined which papers to include and which to exclude from their survey. But another scholar, José Duarte, did look at the selection process and found it “multiply fraudulent.” So Duarte called for Environmental Research Letters to retract Cook et al. He pointed out that although Cook et al. had claimed to have excluded papers on “social science, education, research about people’s views on climate,” they had in fact included many such. He also listed some of the many properly scientific papers that Cook et al. ignored but should have included and that would have counted against their conclusion.

Cook et al. surveyed 11,944 papers on global warming that had been published from 1991 through 2012. They did not read the papers or talk to the authors, but they did read the abstracts. The results of the abstracts were divided into 7 categories:

It appears that Cook et al. decided to compare only those scientists who had strong opinions. If that is the case, the first 2 categories represent scientists who believe man is causing all or most of the warming (986), while those in categories 6 and 7 believe man is causing none or almost none (24). This ratio is about 97%. But the most important result of this study is that almost 8,000 had no opinion or were uncertain. So much for the 97%.

Why were there only 24 papers published by skeptics? We found out in 2009, when 22,000 email exchanges between senior meteorologists in the U.S. and Europe where released. Many of the emails were published by Steven Mosher and Thomas Fuller in Climategate: The Crutape Letters (nQuire Services, 2010). We learned the following things from this scandal:

Papers by skeptics were blackballed and not published in U.S. professional journals. In contrast, Kenneth Richard has documented over 1,000 peer-reviewed papers published in Europe and Asia in 2014, 2015, and 2016 that challenge the hypothesis that CO2 has been the primary driver of recent global warming (and other aspects of the bogus “consensus”) and support solar, oceanic, and other natural cycles as the primary causes of global warming, but they are not found in the U.S. publications.

[This article is excerpted from Dr. Frank’s review of the book Caring for Creation: The Evangelical’s Guide to Climate Change and a Healthy Environment.” For further critique of the consensus claim, see Joseph Bast and (Cornwall Alliance Senior Fellow and climatologist) Dr. Roy W. Spencer, “The Myth of the Climate Change ‘97%’,” Wall Street Journal, May 26, 2014.]