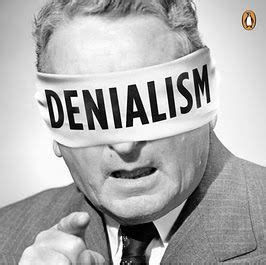 The CO2-driven AGW hoax is being pushed by environmentalists and global communists centered in the U.N. and their politician-run Intergovernmental Panel on Climate Change (IPCC).

It is a global octopus of kept scientists, journalists, and academics in order to frame CO2 emissions as evil to scare the world into surrendering money and power to it to dismantle the fossil fuel industry that underpins capitalism and pave the way for their real goal of global Marxism. Like all Marxists, they offer nothing but the end of all your freedoms so they can tell you what to do.

It’s the IPCC that has hijacked science in the name of Marxism. The original Marxist dialectic claimed that capitalism contained the seeds of its own destruction, and would inevitably evolve into socialism then communism.

It reveals that they really wanted power to foist a violent revolution and create a Communist dictatorship and police state with an elite riding on the backs of the masses that progressively bogged-down as everybody worked less and less and demanded the state to provide all their needs.

Now that capitalism has disintegrated Communism in the Soviet Union and made big inroads in Red China and thrived, bringing the world to its greatest-ever level of prosperity and happiness, they have changed to accusing capitalism of destroying the entire planet via its odorless colorless CO2 emissions, requiring an immediate world Communist takeover no matter whom it hurts.

Too bad for them, the CO2 global warming hypothesis has always been fake science that the IPCC can’t defend in an open fair public debate on their own big stage, so they work to suppress all critics and dominate the public sphere to spread climate alarmist scare stories while their cash registers ring.

Right now their power is so great that there are few public channels open to independent scientists trying to tell truth to power. Luckily the IPCC still can’t control the Internet, so their critics are relegated to blogs, while they spread disinformation. characterizing “climate change deniers” as anti-science shills for Big Oil who are the ones spreading disinformation.

The giveaway is that they don’t want you to even look at their side and make an independent judgment. You’re supposed to toe the line as one of their useful idiots who will help them kill the goose that laid the golden egg and think you’re saving the world.

They don’t own you? Then try reading just these five blog articles and see who’s telling the truth:

TL Winslow’s answer to Where is the evidence that seems to persuade people that carbon dioxide in the atmosphere is not causing global heating?

TL Winslow’s answer to What is environmentalism ideology?

TL Winslow’s answer to Has there actually been a scientific debate over global warming?