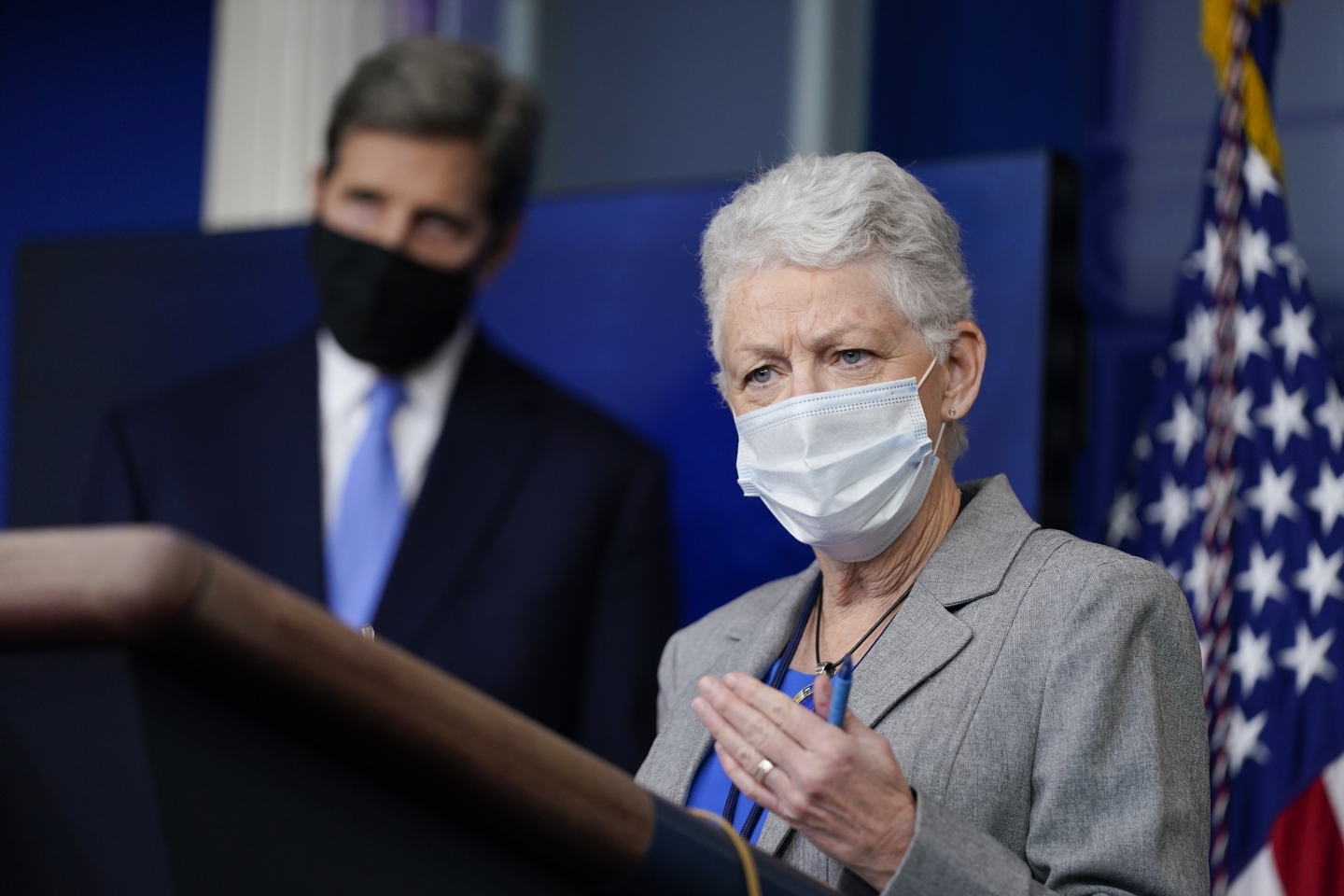 “The climate transition presents a historic investment opportunity,” says BlackRock CEO Larry Fink. “What the financiers, the big banks, the asset managers, private investors, venture capital are all discovering is: There’s a lot of money to be made in the creation of these new [green] jobs,” chimes in presidential climate envoy John Kerry. Fink concedes that the economy remains “highly dependent” on fossil fuels. He also asserts that BlackRock is “carbon neutral today in our own operations.” It’s a claim open to challenge. “If a company or individual says to me they are net-zero, I know it is complete crap,” tweeted Glen Peters, research director of the Oslo-based Center for International Climate Research.

Peters was taking to task former Bank of England governor Mark Carney, who had claimed that investments in renewable energy offset emissions from fossil-fuel investments. Carney quickly backed down, but the spat reveals the fissure in the climate movement that first became visible with Michael Moore’s 2020 movie Planet of the Humans, which pitted true believers on one side against those positioning themselves to reap profits from the climate money pouring into decarbonization.

Carney is a leading light of the climate-finance oligarchy, positioned at the nexus of politics and finance. He is a climate adviser to British prime minister Boris Johnson and serves as UN secretary-general António Guterres’s special envoy on finance and climate action. He is also vice-chair of Canadian alternative asset manager Brookfield, heading its ESG and impact-investing business. One privilege of being a climate savior: any concerns over conflicts of interest don’t apply when the interests of the planet are at stake.

Carney has written a book, Value(s): Building a Better World for All, and the BBC gave Carney the prestigious platform of the 2020 Reith Lectures. Net-zero investments are “turning an existential risk into one of the greatest commercial opportunities of our time,” Carney declared in his Reith lecture on climate. There’s little doubt who will do best out of building this better world. If you’re solving an existential risk, Carney told the World Economic Forum’s Radio Davos in January, it becomes a “tremendous opportunity” that “turns into the greed, or the opportunity part of the equation.”

In normal times, before the Climate Emergency, it would be up to financiers and investors to ask the tough, unsentimental questions, such as: What’s the return on investment? How long is the payback period? But not when it comes to climate change. In its 2018 1.5℃ Special Report, the Intergovernmental Panel on Climate Change (IPCC) declined to conduct a cost-benefit analysis of the net-zero target. The target, the IPCC declared, implies “risk assessments and value judgments” – as if this nullified the need to assess whether the benefits of net-zero outweigh the costs.

At the end of his Reith lecture, Carney was asked by historian Niall Ferguson if he’d read Bjorn Lomborg’s most recent book, False Alarm. Lomborg calculates that each $1 spent on cutting greenhouse gas emissions yields only 11 cents of future climate benefits. With trillions being spent on climate change, this estimate implies that a colossal burden is being placed on the current generation – especially those who can least afford to bear it – for little climate gain. Ignorance is no defense; nonetheless, Carney tried it. No, he hadn’t read Lomborg’s book, Carney answered Ferguson. He dismissed Lomborg’s as a “classic economic approach,” though he offered no data or evidence to show why Lomborg was wrong. “I want to say it’s 15 or 20 years ago when he first came out with his ‘Don’t worry about the climate.’ How’s that working out for us?”

Twenty years is a significant number. A February 2021 paper by David Rode and Paul Fischbeck of Carnegie Mellon University examines the pervasiveness of apocalyptic forecasts of climate change. “The only observations we have of prior apocalyptic forecasts are of forecast failures,” they note. “There is no rational model of decision making that attributes increasing credibility to forecasts upon successive failures.” By the end of 2020, 61% of the predictions had already expired. The average time horizon before a climate apocalypse for the predictions made before 2000 was 22 years; for those made since 2000, it was 21 years. Across half a century of forecasts, the apocalypse is always around 20 years out.

All too predictably, Carney indulges his own taste for the apocalyptic. “We won’t have a financial system if we don’t have a planet,” he said in his Reith lecture. Last month, he made a 30-year forecast of annual climate deaths equalling total Covid-19 deaths by 2050 – the international deadline for net-zero – unless action is taken. Still, this is progress, of a sort. The Toronto climate conference, 33 years ago, compared the effects of climate change to nuclear war. How did that forecast work out?

Carney uses his position to advocate mandatory climate disclosures for all large companies and argues that they should develop and publish plans to transition to net-zero. “What gets measured gets managed,” he says. At the same time, Carney is involved in setting up a carbon offset market – a market worth $50 billion to $100 billion a year, he anticipates. Like Glen Peters, Carney knows that corporate claims of net-zero are “crap,” but he expresses this awareness in the circumlocutory language of the central banker that he once was.

Companies will be looking to reduce emissions, he says, “but for a period of time, they will also need the ‘net’ in net-zero, and they can only get that from a credible global market.” Having forced companies into emissions disclosures and net-zero plans, Carney then offers them a get-out-of-jail card – in effect, a toll on economic activity, paid by everyone, that will line the pockets of the green financial oligarchy.

For climate true believers, however, offset markets are a sham and no substitute for genuine emissions cuts. In his September 2020 RealClear Energy essay on an “Ecotopian” Future, Joel Kotkin warned that green funders from Wall Street, Hollywood, and Silicon Valley could find themselves under attack like the liberal aristocrats during the French Revolution. The green sans culottes will see through the likes of Carney’s phony climate action and how it enriches the privileged few. Then the forecasters of apocalypse might suddenly find that they were right after all – but not in the way they meant.

Rupert Darwall is a senior fellow of the RealClear Foundation and author of  Green Tyranny.