We have some good news and bad news.
First, the bad.
The decision to vacate the Atlantic Coast Pipeline (ACP) project is deeply disappointing.
The Independent Oil and Gas Association of West Virginia (IOGAWV) and West Virginia Oil and
Natural Gas Association (WVONGA) had just recently celebrated a U.S. Supreme Court decision
that allowed the project to advance, injecting more than $2 billion into our economy.
When the pipeline was progressing, it was supporting more than 17,000 jobs. Wages exceeded
$400 million. It was injecting billions into the economy, as supporting industries experienced
the economic benefits. The state reported revenue boosts, as tax money helped support
education, infrastructure improvements and senior services.
Now, court battles and permitting obstacles have derailed the ACP and have come between
hard-working West Virginians and their future. We can’t say if the project will eventually
continue, but we do know the process shouldn’t be so arduous.
Other projects – from within the energy, telecommunications and transportation sectors – face
similar obstacles and the same outcome. We should all be troubled by that. We urge lawmakers
to take urgent action and reform a process that makes prosperity for our state so much harder
to achieve.
But, we saw a positive development, too.

The announcement that Berkshire Hathaway Energy, a subsidiary of Warren Buffett’s company,
is acquiring Dominion Energy’s natural gas transmission and storage business, gives us hope.
The move represents a nearly $10 billion investment in the Appalachian Basin. Buffett is betting
on us, and that’s a wonderful show of confidence.
IOGAWV and WVONGA are committed to West Virginia. Our industry remains committed to
West Virginia. The Berkshire Hathaway announcement is a boon for this state and region, and
we remain focused on a prosperous tomorrow as we move forward.

“Today’s news that the Atlantic Coast Pipeline construction has been canceled is terrible and will cost West Virginia thousands of construction jobs. Our country has experienced tremendous growth in energy production over the last several years, which presents a huge opportunity for West Virginia’s economy. This project would have allowed for the expanded supplies of natural gas for residential and commercial heating and electricity generation, which would have provided affordable energy for residents and businesses while also spurring economic development. West Virginia is energy rich, and we should make it easier to use energy resources produced right here at home to meet demand across the country.”

The developers of the Atlantic Coast Pipeline have announced they are canceling the multi-state natural gas project due to delays and “increasing cost uncertainty.”

Despite a recent victory before the U.S. Supreme Court over a critical permit, Dominion Energy and Duke Energy said in a statement Sunday that “recent developments have created an unacceptable layer of uncertainty and anticipated delays” for the $8 billion project designed to cross West Virginia and Virginia into North Carolina.

The developers issued this statement Sunday:

“We regret that we will be unable to complete the Atlantic Coast Pipeline. For almost six years we have worked diligently and invested billions of dollars to complete the project and deliver the much-needed infrastructure to our customers and communities. Throughout we have engaged extensively with and incorporated feedback from local communities, labor and industrial leaders, government and permitting agencies, environmental interests and social justice organizations. We express sincere appreciation for the tireless efforts and important contributions made by all who were involved in this essential project. This announcement reflects the increasing legal uncertainty that overhangs large-scale energy and industrial infrastructure development in the United States. Until these issues are resolved, the ability to satisfy the country’s energy needs will be significantly challenged.”

You can read the full statement from the developers here.

The project has drawn fierce opposition from a coalition of landowners, activists and environmental advocates.

U.S Senator Joe Manchin, D-WV issued a statement upon learning of the cancellation:

“I’m disappointed to learn plans to build the Atlantic Coast Pipeline have been cancelled. The Atlantic Coast Pipeline project took meaningful steps to ensure the pipeline was safely constructed and the Appalachian Trail and surrounding areas were protected. The pipeline would have created good paying construction and manufacturing jobs for hard working West Virginians, reinvested in our energy markets increasing our domestic energy supply, and strengthened national security with reliable energy to key military installations. Today’s announcement is yet another reminder of why it is critically important we work together to find a responsible balance between the environment and economy. We must take steps to modernize our nation’s energy policy by passing the bipartisan American Energy Innovation Act.”

West Virginia Attorney General Patrick Morrisey, who was part of an 18 state coalition that fought for the Supreme Court decision in favor of the pipeline, also issued a statement:

“I’m deeply disappointed about this decision to cancel construction of the Atlantic Coast Pipeline — a project which would have provided more than 1,000 West Virginian families with good paying jobs. My office helped lead the fight to reopen the pipeline at the U.S. Supreme Court and currently leads efforts to reverse the flawed national injunction to further limit construction on pipelines that recently came out of a Montana district court.

The concept of one district court judge paralyzing the construction of pipelines across our country is very disconcerting. My office will look even more closely at this matter and will keep up our all-in fight for West Virginia jobs. We should and must not quit fights like these.” 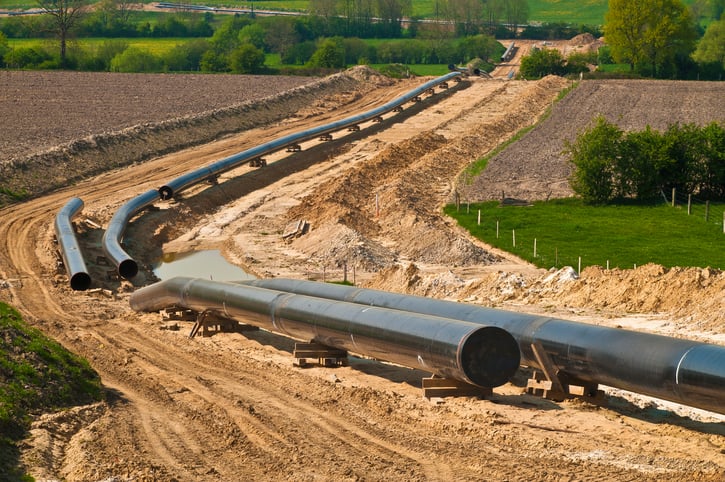