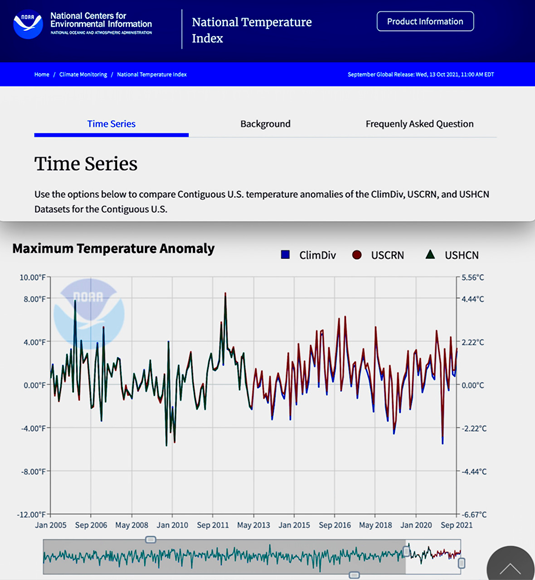 Biden and his climate alarmist Democrats have falsely claimed that increasing heat waves in the U.S. caused by climate change require that new government actions will be needed to protect people from heat related illnesses with these heat waves leading to increased heat related deaths and emergency room visits.

The Democrats alarmists claims of increasing heat waves occurring across the U.S. because of climate change are unsupported by Biden’s own EPA data which shows that the U.S. in not experiencing increased occurrences or intensity of heat waves based on EPA’s 125 years of extreme heat event trending data across the U.S. from 1895 through 2020 as shown below.

Additionally Democrats claims that increasing heat related death rates are occurring across the U.S. because of more heat waves (which has been shown to be false) are unsupported by EPA’s own data which shows that U.S. heat related death rates (underlying and contributing cause of death) are declining. (Note EPA’s comment in the diagram – “The blue line shows deaths for which heat was listed as either the underlying or contributing cause of death during the months from May to September, based on a broader set of data that became available in 1999″.)

Where is Biden’s and the Democrats “extreme cold” campaign to stop the increase in cold related death rates due to global warming?

This EPA and NOAA data exposes and destroys the credibility of Biden, his Democrats and the incompetent and purely politically driven climate alarmist media that falsely and erroneously claim that the U.S. is experiencing increasing occurrences of heat waves and extreme temperatures and increasing rates of heat related deaths due to “climate change”.