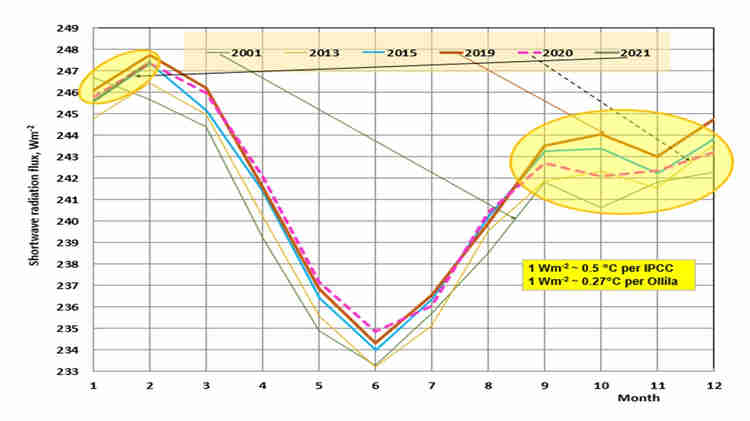 The satellite temperature measurement UAH of the April has been published, Figure 1. 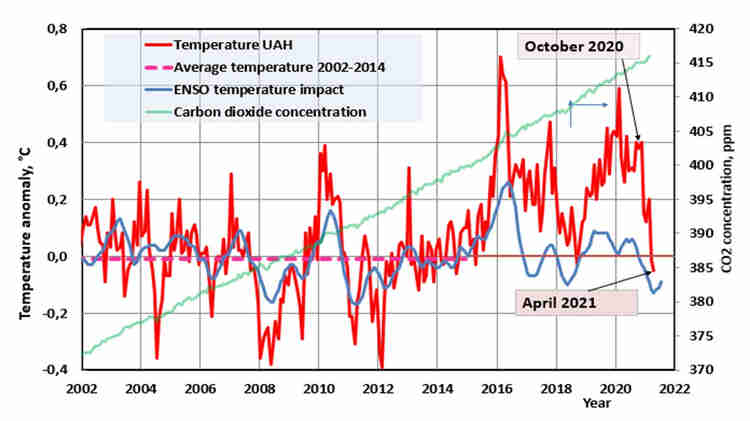 Figure 2. Monthly values of satellite temperature UAH in 2002–2021. The impact of ENSO events has been calculated using the formula 0.1*ONI (Oceanic Nino Index) applying a delay of five months.

The temperature of March has dropped below the pause temperature average of 1997-2014, generally known as temperature pause or hiatus. The pause is back.

The strong temperature increase of about 0.6 °C caused by the 2015-16 super El Nino is well known, but there is an understandable desire to be quiet about it in this context, as the general public is unaware of this. The temperature effect of ENSO events is shown in the picture as a blue curve. Until 2014, ENSO events explain quite well the changes in temperature, but after 2014 the temperature has been high in 2019-2020, even though El Ninos have been small.

For the high temperatures in 2019 and 2020, I have not seen any unusual reasons in research results or blog posts, with exceptions to references 1 and 2. Figure 2 shows the main cause of this recent warming. Mother Nature has quietly arranged an easy-to-measure experiment, which has silenced both the climate elite and dissidents. It is a change in solar radiation, but since it’s not due to a change in solar activity, I call it shortwave radiation, which has grown sharply specially since 2014. The latest available value is from February 2021, which shows that we are still above 2001 levels, but September to December values is below 2019, and January & February are about the same as in the year 2020.

The radiation level in 2021 is clearly lower than in the later years. The trend in 2020 initially followed the 2019 curve closely, but then there was a change after September 2020. The long-term trends in solar irradiation, shortwave radiation and longwave radiation from 2001 to 2020 are depicted in Figure 3. The SW radiation anomaly has been significant after 2014 effecting the super El Nino 2015-16 (about 50 %) and the high temperature anomaly thereafter to September 2020. 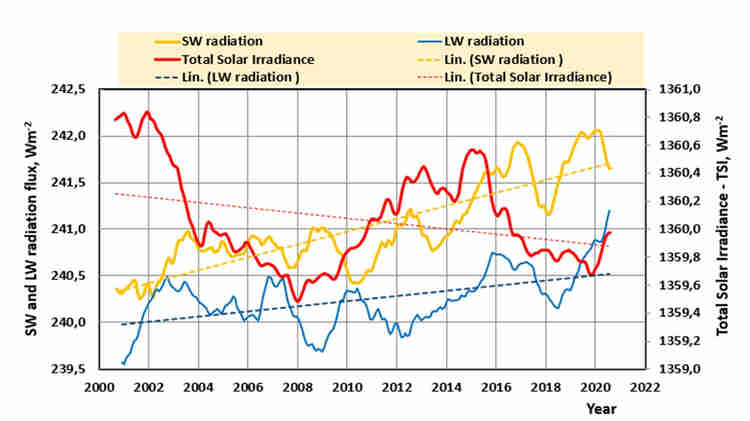 One can conclude by naked eye in Figure 1 that the carbon dioxide content is rising steadily, but the temperature is travelling on its own paths and now it has dropped down sharply. One of the reasons given by the climate establishment for this ‘apparent’ lack of causation is that it is a natural variation. I can fully agree with that and the reason is clear: it is the sun and cloudiness variations.