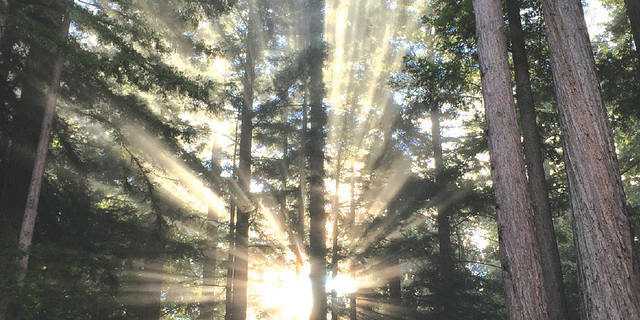 A new study reports that increased vegetation growth during the recent decades, known as the “Greening Earth”, has a strong cooling effect on the land due to increased efficiency of heat and water vapor transfer to the atmosphere.

A new study published in the journal Science Advances titled “Biophysical impacts of Earth greening largely controlled by aerodynamic resistance” reports that the entire land surface would have been much warmer without the cooling effect of increased green cover during the recent decades. The study used high-quality satellite data from NASA’s MODIS sensors and NCAR’s state-of-the-art numerical earth system model.

The greening of the lands during the first fifteen years in the 21st century represented an additional heat dissipation (2.97×1021 J) from the surface equivalent to five times the total energy produced and used by humans in 2015 (5.71×1020 J). This greening-induced cooling effect was twenty-five times stronger than the warming effect caused by tropical deforestation.

“In the fight against climate change, plants are the lonely-only defenders. Stopping deforestation and ecologically sensible large-scale tree-planting could be one simple, but not sufficient, defense against climate change.” said the lead author Dr. Chi Chen a former Ph.D. student at Boston University, now a postdoc researcher at DOE’s Lawrence Berkeley National Lab.

Quantifying the vegetation effect on land surface temperature (LST) is challenging. The observed changes in LST are the results of a series of compounding biophysical processes.

“Disentangling the signal from different biophysical processes is essential to solving this question.” said the coauthor Prof. Dan Li of the Department of Earth and Environment at Boston University. He added, “We developed an attribution framework that correctly represented the cause-and-effect of these biophysical processes.”

Vegetation transpires water to cool itself from solar heating.

“Increased amount of leaves adds roughness which breaks the stillness of the air. More water vapor is thus transpired which leads to a cooler land surface,” said Prof. Pierre Gentine of Earth and Environmental Engineering at Columbia University.

NASA satellites have been observing increased green cover on land, which is thought to be due to intensive agriculture to feed growing populations and ambitious tree-planting programs – for example, the so-called “Green Great Wall” in China.

“These programs have been quite successful in ameliorating land degradation and enhancing carbon storage,” said coauthor Prof. Shilong Piao of the College of Urban and Environmental Sciences at Peking University.

The vegetation cooling effect is large from the energy dissipation perspective, but only about 10%-20% compared to the pace of global warming. The cooling effect from greening is less significant in tropical forests with high leaf areas.

“This is a warning sign about climate change. We should be cautious that the rainforests, which are at the forefront of the fight against global warming, are reaching the limits of their capacity to absorb carbon and cool the surface.” commented Dr. Rama Nemani, from NASA’s Ames Research Center.

Read the paper at Science Advances.