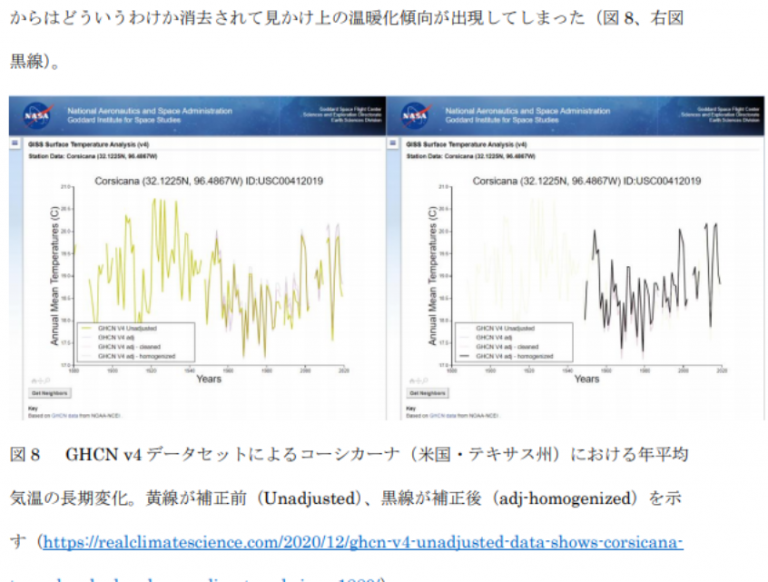 In November 2019, the Canon Institute for Global Studies (CIGS) released a working paper noting that natural factors are also very much at work when it comes to climate change.

Now CIGS has added another.

A new working paper has been released, in Japanese – authored by KiryeNet – and it reports that climate change goes well beyond one trace gas running the climate show and that there are a number of data inconsistencies and sloppiness in climate science and computing trends.

The latest 28-page document (below) cites a number of sources, including NoTricksZone and many other leading critical sites and dissenting scientists. 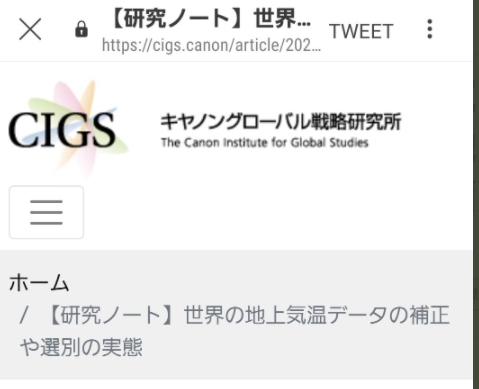 Canon Institute for Global Studies’ working paper looks at some of the great data inconsistencies of climate science.

For example, the recent CIGS paper looks at how NASA GISS has tampered with the historical datasets so that trends that were once flat or even cooling now end up showing warming instead:

Another example of NASA fudging data to produce warming trends cited in the CIGS paper was one published by NoTricksZone: 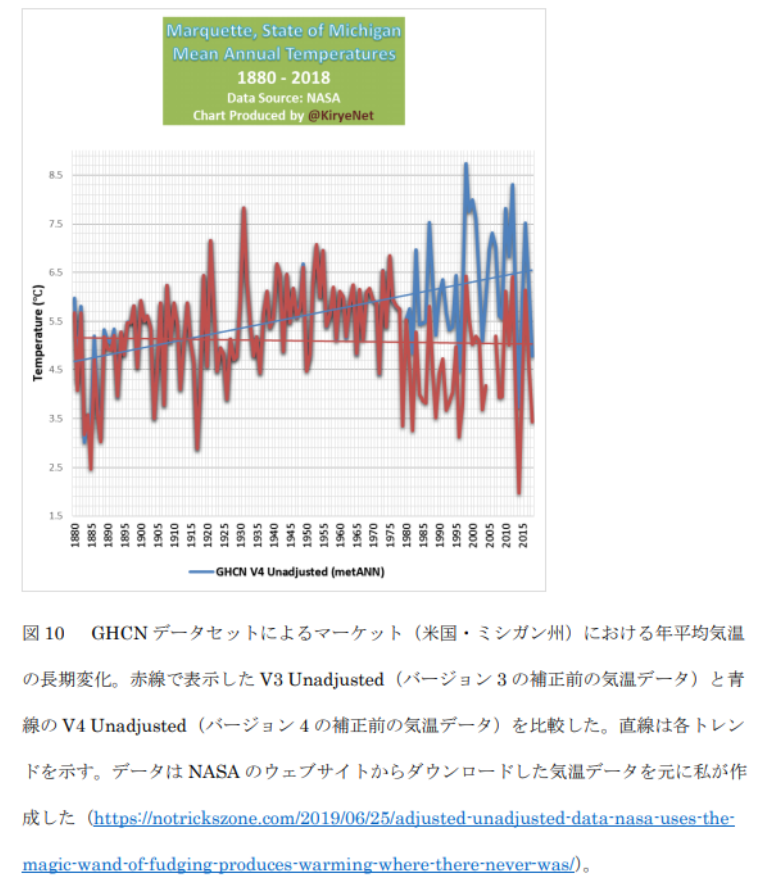 The new CIGS publication also shows how Japan’s mean winter temperature has in fact cooled over the past 30 years, and not warmed like many have been falsely led to believe: 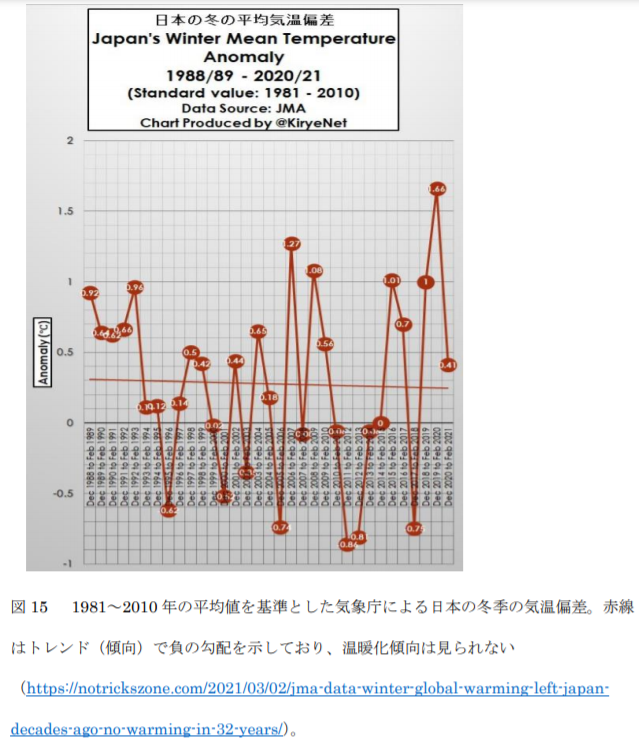 NASA researcher: data before 1980 not reliable

The working paper also talks about Japanese climatologist and former NASA researcher Mototaka Nakamura, who points out that changes in the average temperature on the Earth’s surface before 1980 are unreliable – as discussed here at NoTricksZone’s article.

Much of the globe’s surface indeed was never measured in the past, with stations mainly located only in USA and Europe, NASA shows: 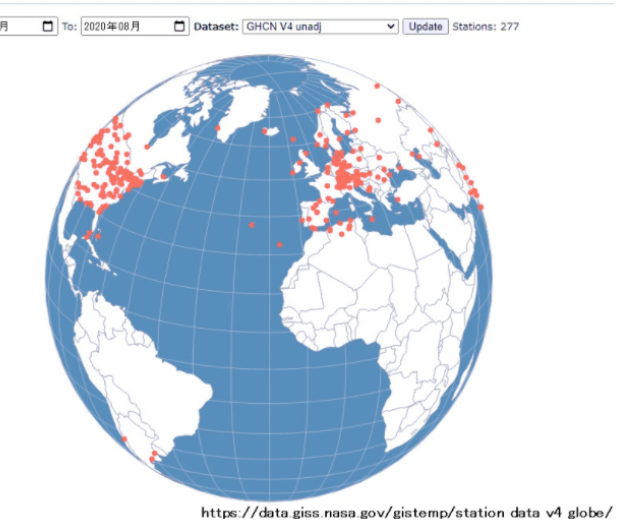 Moreover, NASA at times calculates annual averages for years even when up to five months of data are missing, for example:Marquette, Michigan.

The Canon Institute for Global Studies aims to play an active role in shaping the future by precisely plotting out future directions and visions, disseminating information, providing roadmaps, and serving as a venue for outstanding human resources with the sophistication and sensibility to substantively improve the world.