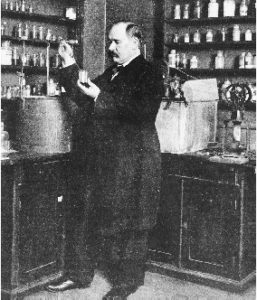 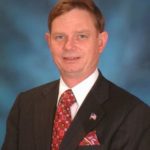 One of the early purposes of Climate Alarmism was to stimulate the reduction of worldwide population over an extended period of time, under the ultimate control of a single worldwide government. It is predicated on the fictitious notion of man produced climate change. The plan was and perhaps still is, to use climate change as a socially accepted reason to force the abandonment of the cheap, abundant energy produced by fossil fuel and nuclear generation.

To maintain a population of over 7.5 billion human beings requires massive amounts of food and energy. Energy is the key. It takes energy to raise, harvest, produce, and transport food. And it takes still more energy to provide for man’s comfort and mobility.

Reducing the amount of available energy by a significant factor assures that sustainable conditions are only available for a similarly reduced population. Such conditions are ripe for tyrannical socialistic control through a unified worldwide government.

The patently false notion of anthropogenic global warming (AGW) and climate change was first adopted by the Club of Rome in its efforts to promote the need for population reduction. Its inauguratory meeting was held in 1968 at David Rockefeller’s estate in Bellagio, Italy. The notion of AGW and climate change was based on inaccurate understandings of the 19th Century works of John Tyndall, “Heat A Mode of Motion” and Svante Arrhenius, “Worlds in the Making.” The plan was to stress the need for restricted availability of energy, under the guidance of a united worldwide government. Lower available energy would lead to much lower population levels over several hundred years.

The term atmospheric greenhouse effect or “greenhouse gas” appears to have been first coined by Nils Ekholm in his paper published in 1901, “On the variations of the climate of the geological and historical past and their causes”.

On October 10, 1972, J.S. Sawyer, the head of research at the UK Meteorological Office, wrote a four-page paper published in Nature summarizing what was known at the time about potential temperature changes, and predicting warming of about 0.6℃ by the end of the 20th century.

The movement took root in October 1975 when Dr. Margaret Mead, president of AAAS, aided by associates Paul Ehrlich (the author of The Population Bomb), Stephen Schneider, John Holdren and George Woodwell, held the “Atmosphere: Endangered and Endangering” conference in North Carolina, where Mead used global warming caused by CO2 as the predicate for population reduction and eugenics.

In response to a request from the Director of the Office of Science and Technology Policy, the President of the National Academy of Sciences convened a study group under the auspices of the Climate Research Board of the National Research Council to assess the scientific basis for projection of possible future climatic changes resulting from man-made releases of carbon dioxide into the atmosphere. The Study Group met at the NAS Summer Studies Center at Woods Hole, Massachusetts, on July 23-27, 1979. By the end of the year the group released what became known as the Charney Report

Also in 1979 the World Metrologic Organization hosted its first World Climate Conference which framed climate change as a global political issue, giving way to similar conferences in 1985, 1987, and 1988. In 1985, the Advisory Group on Greenhouse Gases (AGGG) was formed to offer international policy recommendations regarding climate change and global warming. At the Toronto Conference in 1988, climate change was suggested to be almost as serious as nuclear war and early targets for CO2 emission reductions were discussed.

As a result, later in 1988 the United Nations Environment Programme (UN Environment) and the World Meteorological Organization (WMO) created the Intergovernmental Panel on Climate Change (IPCC.) The IPCC has 195 member countries. In the same year, the UN General Assembly endorsed the formation action.

It must be stressed that the IPCC and other groups within the UN have no practicing scientists, per se, on their staff. They rely entirely on the input from scientists in the 146 membership countries.

Furthermore there is no empirical proof that the so called infrared emitted greenhouse gas theory is true, and there have been no fundamental experiments designed to prove or falsify the theory. All IPCC predictions of warming are based on computer models programmed as if the theory acts as scientists have postulated it.

The Kyoto Protocol was formalized in 1997 and operationalizes the United Nations Framework Convention on Climate Change by committing industrialized countries and economies in transition to limit and reduce greenhouse gases emissions in accordance with agreed individual targets. Currently, carbon tax penalties have yet to be defined and agreed to.

Subsequently, individuals in the United States fraudulently established and promulgated “carbon trading” institutions for purposes of levying taxes on those who purchase hydrocarbon based fuels. As a component of this scheme to initiate, mandate, and facilitate carbon taxes, the U.S. Environmental Protection Agency (EPA) was fraudulently induced to define Carbon Dioxide (CO2) as a “pollutant”; a ruling which was later upheld by the U.S. Supreme Court during litigation. The U.S. Congress attempted to hold hearings and issued subpoenas to the leaders of the EPA to investigate why CO2 was improperly defined as a pollutant. This resulted in outright lies, lack of responses, and the resignation of the Director of the EPA.

The scientific community unknowingly and unwittingly aided and abetted the deceit, based on the computer generated hockey stick curve created by Dr. Michael Mann, et al. It was first publicly discredited by McKitrick and McIntyre in October 2004, in an article published in the “MIT Technology Review“. 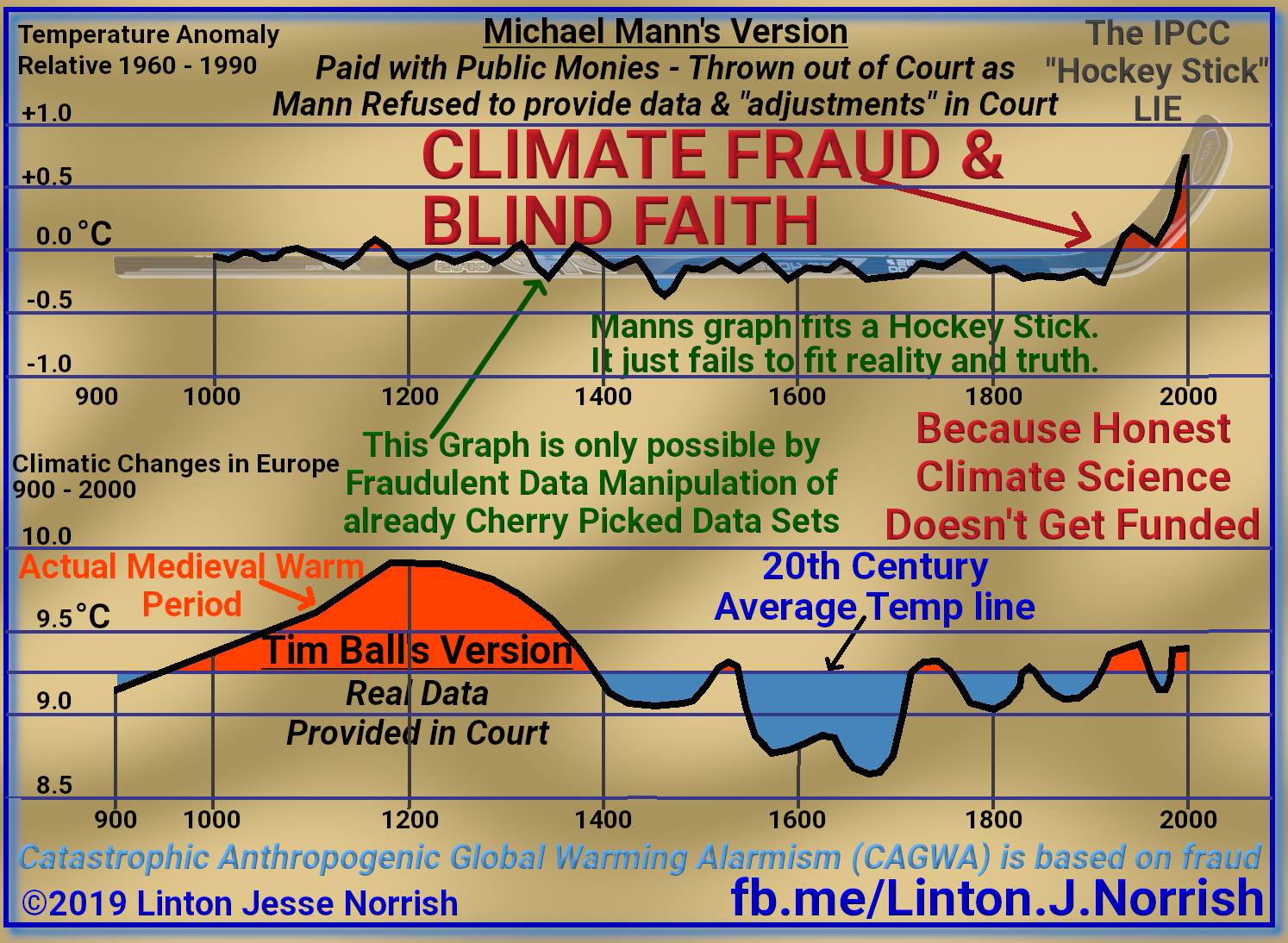 Government published statistics show that $178 billion dollars of tax payer funds has been spent on direct climate change related technology, science, and funds given to other nations as a result of the climate change deception, from 1993 to 2017. The government has systematically enabled the continuation of this fraud through billions of dollars spent annually by funding university research and government labs doing “climate research.”

The false notion of AGW and/or man induced climate change has spawned tens of thousands of new businesses worldwide. The total Climate-Industrial Complex is a $2-trillion-per-year business. These companies are virtually 100% dependent on the politically driven notion of “dangerous manmade global warming and climate change.”

The media, public, and political establishment constantly recite the false assertion that 97% of scientists say the problem is real and manmade carbon dioxide (CO2) is the cause. However, increased concentrations of CO2 in the atmosphere do not lead to global warming and climate change. Carbon dioxide is a trace gas in the atmosphere. The major “greenhouse gas” is water vapor.

An intricate feedback system regulates the Earth’s temperature, maintaining immunity from temperature increases and decreases due to such trace gases. The bogus global warming alarmism has taken root the world over. The United Nation’s IPCC along with the Club of Rome have become political bodies whose intentions are the restriction of energy availability, the (unstated) reduction of population, and the establishment of a one world banking system and ultimately governmental institution. As a result of this reckless activity, millions of people’s lives worldwide will be negatively impacted, including a tremendous loss of life.

Watch the author’s complete video interview on the Climate Change Story and Realities below: