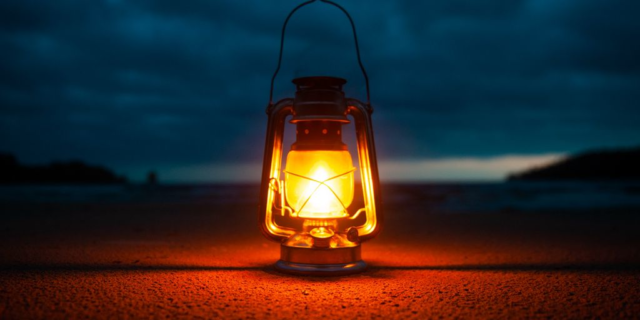 The bureaucrats of the world, particularly in the UN and developed countries, have the idea that they are going to eliminate all use of fossil fuels by somewhere around 2040-50. They have no conception of how to accomplish that, other than to order from on high that it shall occur and assume that somebody else will figure out the details. This gives the rest of us the opportunity to sit on the sidelines and observe how bureaucratic fantasy gradually runs into the brick wall of physical reality.

Back in June I covered the Report just out from Ren21 Renewables Now wherein we learned that in the ten years from 2009 to 2019, despite hundreds of billions of dollars of subsidies for intermittent wind and solar power, the percent of world final energy consumption coming from fossil fuels had dropped all the way from 80.3% to 80.2%. Oh, but world final energy consumption was substantially up over that decade from about 320 to 385 exajoules, so despite all the strenuous efforts to reduce their use, in fact annual fossil fuel consumption had increased from about 260 to 310 exajoules.

And then just two weeks ago I covered the unfolding energy crisis in the UK. There, the mad rush to close coal plants and build wind turbines had left the country completely subject to just-in-time natural gas deliveries from others, particularly Russia. When a period of calm hit the North Sea wind farms, gas prices spiked by a multiple, and Britain was left closing factories and begging Russia for supply.

And there is plenty more news coming out on the same subject. Here are a couple of examples for today:

China. With the waning of the pandemic, all the rich countries of the West are back to wanting to consume lots of manufactured stuff. But of course the obsession with eliminating fossil fuels has gradually made the industrial energy supply of the rich countries more expensive and less reliable. (This is more true in Europe than in the U.S., but California and New York are doing their best to keep up.). Anyway, no problem, we’ll just get the stuff from China. So in recent months China has been in the mode of ramping up production. That will of course require much more energy. Do you think that it is going to come from wind and solar? Don’t be ridiculous. On September 27, Reuters reported that the ramp-up is causing massive energy shortages around China, and the solution is — coal. “China provincial governor urges more coal imports to resolve power shortages”:

China should work to import more coal from Russia, Indonesia and Mongolia in order to resolve supply shortages now crippling large sections of industry, said Han Jun, governor of the northeastern province of Jilin, one of the worst-hit regions. Speaking to local power firms on Monday, Han said “multiple channels” needed to be set up to guarantee coal supplies, according to the province’s official WeChat social media account. He said the province would also dispatch special teams to secure supply contracts in the neighbouring region of Inner Mongolia.

OPEC World Oil Outlook. On September 28 OPEC came out with its annual World Oil Outlook. This Report looks forward through the year 2045. It’s becoming increasingly impossible to get any straight information out of the American and European oil companies, as threats of lawsuits and regulatory actions cause them to mouth green groupthink and to pretend that they are planning to go out of business over the next couple of decades. But OPEC isn’t subject to the same pressures, so their Report is a much better indication of where knowledgeable people think things are going.

And where might that be? Here is OPEC’s chart of projected demand growth for petroleum from now to 2045:

In short, it’s continued growth in consumption all the way through 2045, albeit with the growth leveling off toward the end of the period. But basically, OPEC projects that any and all decreases in oil consumption achieved by the OECD nations (developed countries) will be offset and more by increases in the rest of the world.

OPEC also tries its hand at projections of demand for coal and natural gas over the same period. Here’s their chart of projected demand for natural gas:

It’s increases as far as the eye can see. Yes, they project that demand from the OECD countries will remain essentially flat at just under 30 mboe/d over the whole period; but meanwhile demand from the rest of the world is projected to go up dramatically from about 35 mboe/d to around 55 mboe/d.

In another chart relating to coal, they project a small decline in world demand from around 70 mboe/d today to around 60 mboe/d by 2045. Substantial declines in OECD nations will be offset by almost equivalent increases in places like India and Africa.

Do the people at OPEC know what they are talking about with these projections? I think that these figures are far more likely to be close to the mark than the fantasies coming out of the UN, where the talk is that the entire world economy will reach “net zero” carbon emissions by 2050. For example, here is the UN’s IEA, November 17, 2019, discussing what they call a “1.5 °C scenario that does not rely on negative emissions technologies”:

This . . . [scenario] means a reduction in emissions of around 1.3 billion tonnes CO2 every year from 2018 onwards. That amount is roughly equivalent to the emissions from 15% of the world’s coal fleet or from 40% of today’s global passenger car fleet. The year by which different economies would need to hit net-zero in such a scenario would vary, but the implication for advanced economies is that they would need to reach this point in the 2040s. . . . [D]eveloping economies . . . would all need to be at net-zero by 2050.

Not happening. Do they have any idea how completely absurd this is?