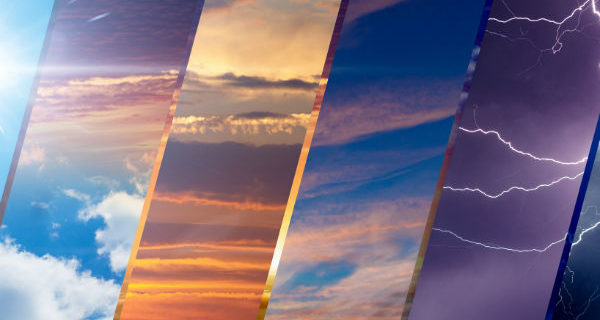 A petition being submitted by hundreds of independent climate scientists and professionals from numerous countries to heads of the European Council, Commission and Parliament declares “There is No Climate Emergency.”

The petition concludes by recommending the recognition of clear difference in policies addressing the Earth’s environment through good stewardship versus Earth’s climate, the latter of which “is largely caused by a complex combination of natural phenomena we cannot control.”

This recent petition to EU leaders signed by approximately 100 Italian scientists from many prominent organizations urges recognition of the same basic realities.

The Italian petition calls attention to the fact that the planet has previously been warmer than the present period, despite lower atmospheric CO2 concentrations. Warming periods have been repeated about every thousand years, including “the well-known Medieval Warm Period, the Hot Roman Period, and generally warm periods during the Optimal Holocene period.”

Most recent climate warming observed since 1850 followed the Little Ice Age – the coldest period of the last 10,000 years. “Since then, solar activity, following its [previous cooling-influence] millennial cycle, has increased by heating the Earth’s surface.”

The notification advises that climate, “the most complex system on our planet,” needs to be addressed with scientific methods that are “adequate and consistent with its level of complexity.”

This system “is not sufficiently understood. And while CO2 is indisputably a greenhouse gas, “according to [UN Intergovernmental Panel on Climate Change] IPCC itself, the climate sensitivity to its increase in the atmosphere is still extremely uncertain.”

The petition states that “In any case, many recent studies based on experimental data estimate that the climate sensitivity to CO2 is considerably lower than estimated by the IPCC models.” Accordingly, all evidence suggests that such models “overestimate the anthropic [human] contribution and underestimate the natural climatic variability, especially that induced by the sun, the moon, and ocean oscillations.”

Again, the Italian signatories from numerous universities and research organizations take strong issue against “deplorable propaganda” claiming that carbon dioxide is a pollutant rather than a molecule that is indispensable to life on our planet.

Accordingly, given “the crucial importance that fossil fuels have for the energy supply of humanity,” the petitioners urge that the EU should not adopt economically burdensome and unwarranted CO2 reduction policies under “the illusory pretense of governing the climate.”

The petitioners also emphasize that while credible facts must be based upon scientific methods, not determined by numbers of supporting theorists, there is no alleged “consensus” among specialist in many and varied climate disciplines suggesting that human-influenced climate change presents an imminent danger. They point out that many thousands of scientists have previously expressed dissent with alarmist ant- fossil energy conjecture.

More than 31,000 American scientists from diverse climate-related disciplines signed a Global Warming Petition Project rejecting limits on greenhouse gas emissions attached to the 1977 Kyoto Protocol and similar proposals. The list of signatories included 9,021 Ph.D.s, 6,961 at the master’s level, 2,240 medical doctors, and 12,850 carrying a bachelor of science or equivalent academic degree.

A 12-page petition attachment was introduced with a cover letter issued by Fredrick Seitz, a past president of the National Academy of Sciences and former president of Rockefeller University. It read, in part:

“This treaty is, in our opinion, based upon flawed ideas. Research data on climate change do not show that human use of hydrocarbons is harmful. To the contrary, there is good evidence that increased atmospheric carbon dioxide is environmentally helpful.”

The letter added, “The proposed agreement would have very negative effects upon the technology of nations around the world, especially those that are currently attempting to lift from poverty and provide opportunities to over 4 billion people in technologically undeveloped countries.”

Gratefully, an American Congress at that time listened to that sage advice and unanimously agreed. We can only fervently hope that more current legislators will continue to be equally wise.

Larry Bell is an endowed professor of space architecture at the University of Houston where he founded the Sasakawa International Center for Space Architecture (SICSA) and the graduate program in space architecture. He is the author of several books, including “Reinventing Ourselves: How Technology is Rapidly and Radically Transforming Humanity” (2019), “Thinking Whole: Rejecting Half-Witted Left & Right Brain Limitations” (2018), “Reflections on Oceans and Puddles: One Hundred Reasons to be Enthusiastic, Grateful and Hopeful” (2017), “Cosmic Musings: Contemplating Life Beyond Self” (2016), and “Scared Witless: Prophets and Profits of Climate Doom” (2015). He is currently working on a new book with Buzz Aldrin, “Beyond Footprints and Flagpoles.”