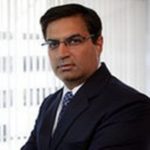 Active Signal Processing
Prior to the discovery of QRI, active signal processing was discovered some twenty years ago and developed as a technology to amplify and otherwise improve detection and discrimination of weak signals. However, the development of active signal-processing has so far resulted in large, highly complex and expensive systems, such as Superconducting Quantum Interference Devices (SQUID) circuitry for medical imaging, military radar, etc. with few if any applications to the signal processing needs of scientific and electronic devices, communications and business applications.

How QRI Works
QRI active signal processing software enables detection and analysis of signals above and far below the level of background noise. Rather than subtracting background signal, which inevitably also subtracts signal of interest hidden beneath background, QRI algorithms analyze the statistical disturbances to the background noise which are caused by the presence of the signal of interest. The level of disturbance is non-linearly correlated to level of the signal of interest. Unlike active signal processing in SQUID or radar, QRI software algorithms interrogate only data; uniquely QRI requires no interaction with physical phenomena. QRI does not require new devices or new data; information hidden within old files can be detected and once calibrated, results are stable and reproducible.

First, the typical noise characteristics captured in the data files of a system or instrument are modeled and encoded in mathematical algorithms. Second, a specifically designed mathematical signal is used to iteratively interrogate or interfere with the noise data set and then with the noise data set mixed with a data set containing calibrated signal of interest. The resulting new data sets from the mathematical interaction are then examined for evidence of disturbances in the noise state which are characteristic of the signal of interest. In short, disturbances in the noise are used to amplify the signal of interest. QRI is able to accurately and selectively analyze signals that would have gone undetected using conventional passive analysis methods that attempt to filter out background noise.